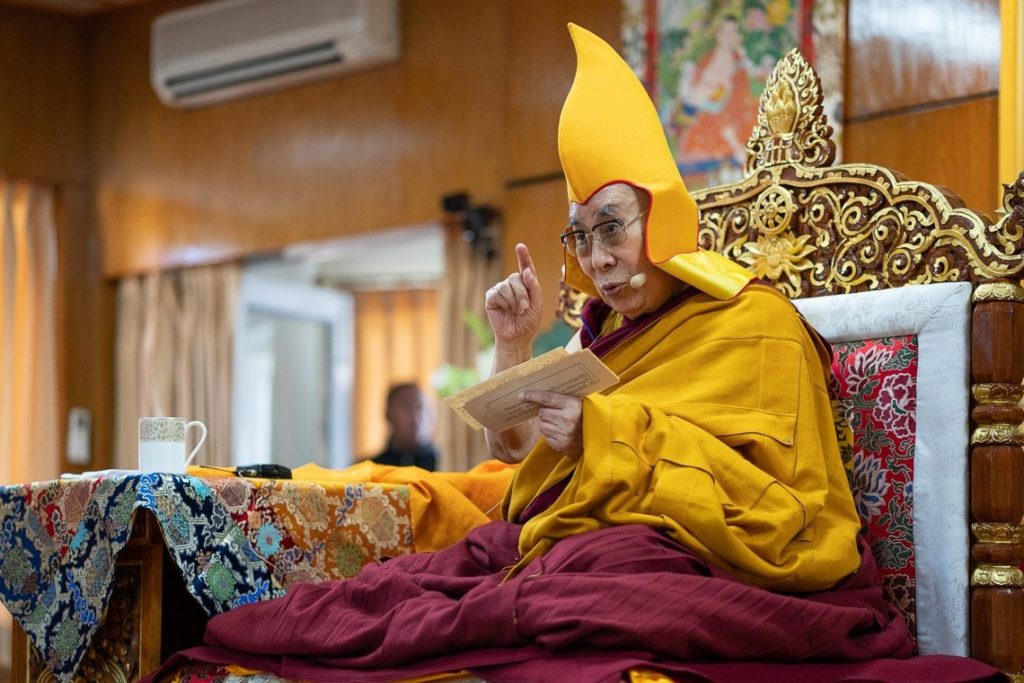 Dharamshala: At a time when countries around the world grapple with the unprecedented crisis in form of the COVID-19 pandemic, Tibetan spiritual leader His Holiness the Dalai Lama has graciously announced to give Buddhist teachings over two days next week, in the hope to bring relief amidst the crisis.

Those interested may watch the live webcast of the teachings and listen to them in Tibetan, English, Chinese and other languages on the official websites and Facebook pages of the Office of His Holiness the Dalai Lama.

His Holiness will teachings on Chapters 1 and 4 of Master Nagarjuna’s “Precious Garland (rinchen trengwa)” from 8:00am to 9.30am (Indian Standard Time) on May 16 and 17.