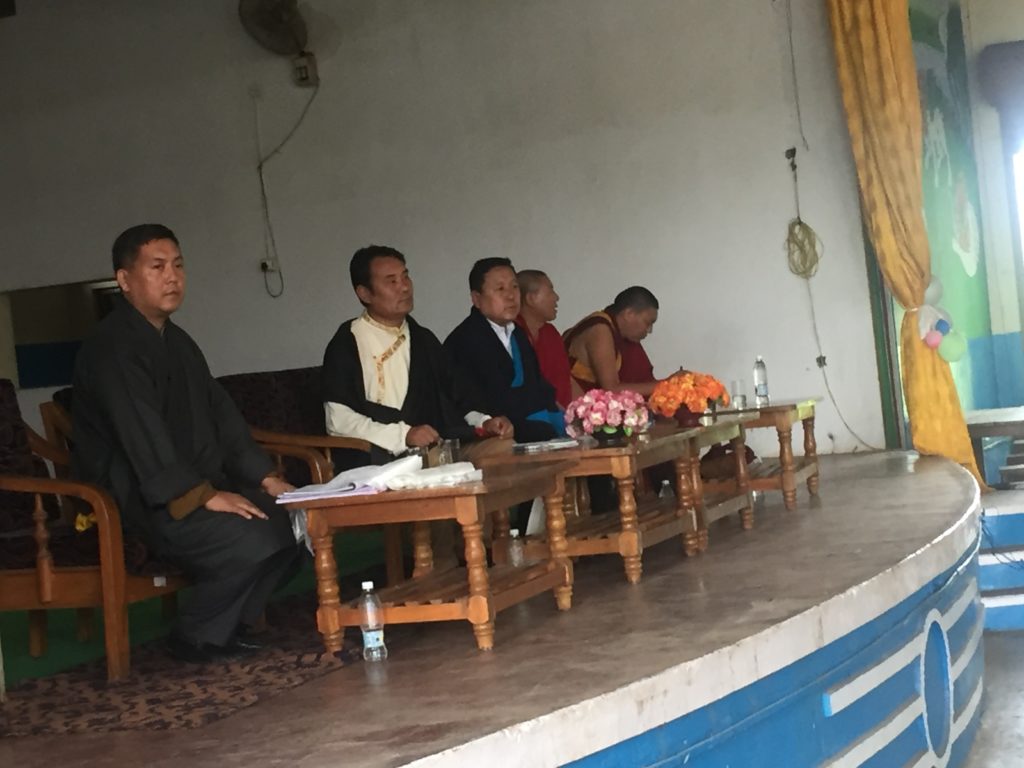 The public meeting was attended by administrators of hospital, Monasteries, Doctor, leaders of camps, local organizations and public of the settlement.

The settlement officer has offered warm welcome to the dignitaries and public.

Health Kalon offered a scarf to outgoing ad-hoc Doctor Mr. Mahesh Matt and thank him for providing health service to the Tibetan community for around 8 months without taking salary. He later welcomed the new resident Doctor Ms. Kalsang Chodon and wished a good luck for her new job in the settlement.

Mr. Chophel Thupten, CRO spoke on importance of health in general and quoted “Health is Wealth” citing; if you a good health, you will gain wealth.

Kalon Mr. Choekyong Wangchuk in his address to the gathering spoke about the three guiding principles of the Kashag and a brief introduction & activities of the seven departments of the Central Tibetan Administration. He emphasized more on health issues and its importance such as personal health and hygiene, community health, environmental issues etc. He also advised community people to do routine check-up and medication in case of tuberculosis and other transmissible diseases. Furthermore, he gave detail information on health department’s various activities and projects on preventive measures of public health.

Towards the end of the program, public have taken opportunities to raise questions to Health Kalon and he answered to all the queries put to him.

After the end of official program of Health Kalon; public were requested to stay back to witness the handing/taking ove ceremony of the new settlement officer.

Mr. Dorjee Rigzin, Settlement Officer of Rabgyeling settlement, Hunsur and also representative of Department of Home, Central Tibetan Administration who is the witness official for handing taking over program was present during the gathering. In his address, he gave detail account of the procedures of handing taking over and he declared that the procedures went very smoothly. He also mentioned that during such procedures; most important thing to witness is tally of office accounts and he told settlement account has tallied and there is no malfunction in accounts.

Later, new Settlement Officer Mr. Jigme Tsultrim introduced himself and greets the gathering. He spoke about his previous job and its importance to our freedom struggle. He detailed about the order received from Kashag to join DoegulingTibetan Settlement, Mundgod as new Settlement Officer. He also mentioned that after joining the office on 1st August 2017, he was occupied with so many works such as addressing public grievances in office to attend meeting in hospital. In addition, the visit of Religion Kalon and Health Kalon to the settlement to attend Local Tibetan Assembly meeting. In conclusion, he stated that he has come to  serve the people. 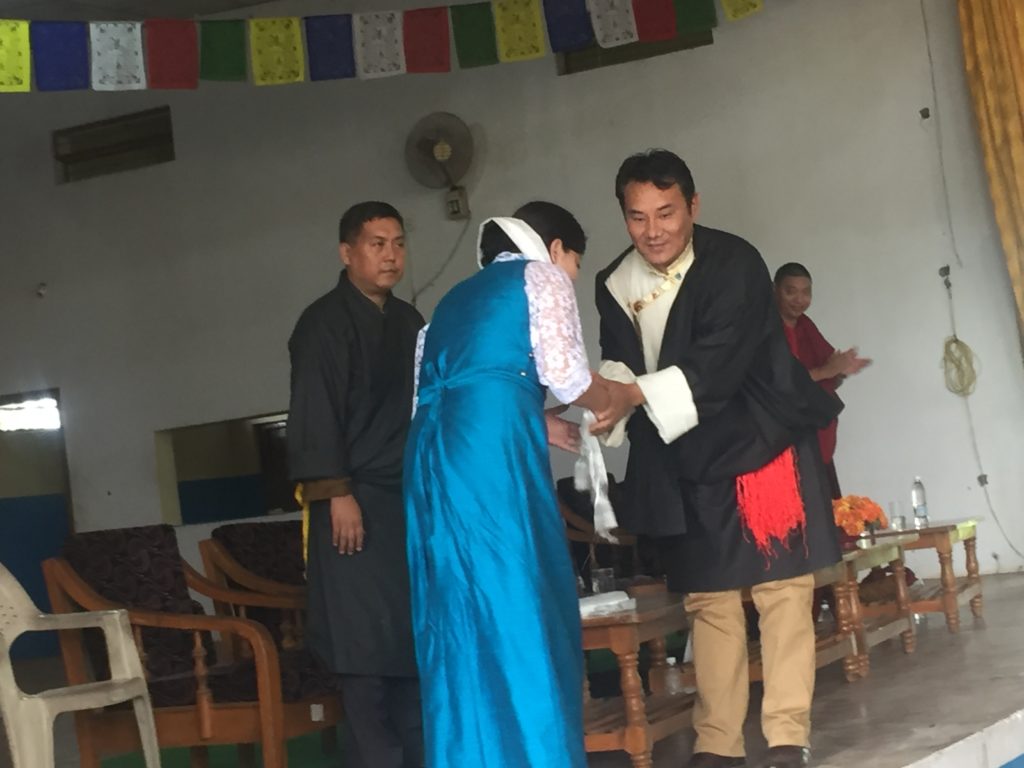