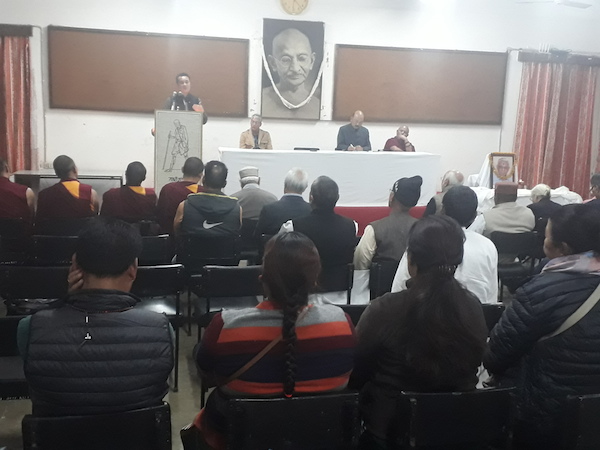 3rd February, 2018, New Delhi – The Core Group for Tibetan Cause in coordination with India Tibet Coordination Office (ITCO) organised Shradanjali Sabha in honor of its former National Convener, late Dr Nand Kishore Trikha who passed away on 15 January 2018 at AIIMS Hospital. The prayer service was held at Gandhi Peace Foundation.

The program commenced with recitation of chants and offering of flowers to the portrait of late Dr Trikha by the dignitaries and public as well, followed by chanting of Tibetan Buddhist prayers by the monks of Drepung Loseling monastery from Lakshmi Nagar and later observed a 2-minute silence in his honor.

Health Kalon, Mr. Choekyong Wangchuk who was invited as the Chief Guest during the function, stated that Dr. Trikha was not only an ardent Tibet supporter but devoted his whole life in building a strong nation with principle and integrity. He also shared his long association with Dr Trikha since the inception of Core Group for Tibetan Cause in Rewari till his last days of life. He even stated that his association with Dr Trikha was more of a Guru-Shisha relation than as convener of Core Group for Tibetan Cause.

Around 60 odd people were present including Tibetan dignitaries such as Former Representative Kasur Tempa Tsering, Representative of Delhi Tibet Bureau Ngodup Dongchung, Staff of CTA, Tibet supporters and family members of late DrTrikha who were also present to pay their last homage to the noble soul.

Shri Surendra Kumar, National Co-convener of Core Group for Tibetan Cause, was the master of ceremony and seven other regional conveners of the core group from different parts of India took part by paying homage and narrated their experiences and memories of working with Dr Trikha.

The program which started at 5:30 pm and concluded at 7 pm. 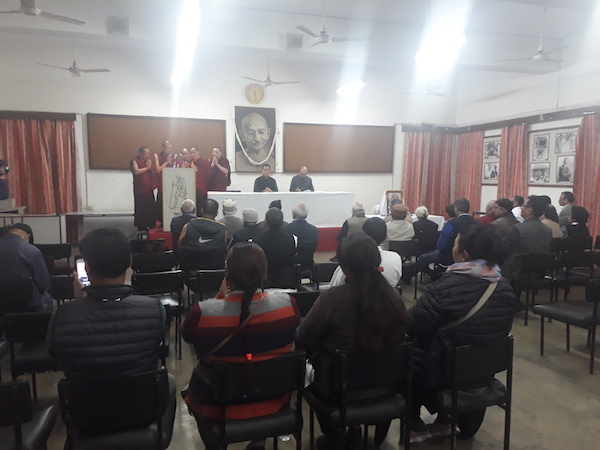 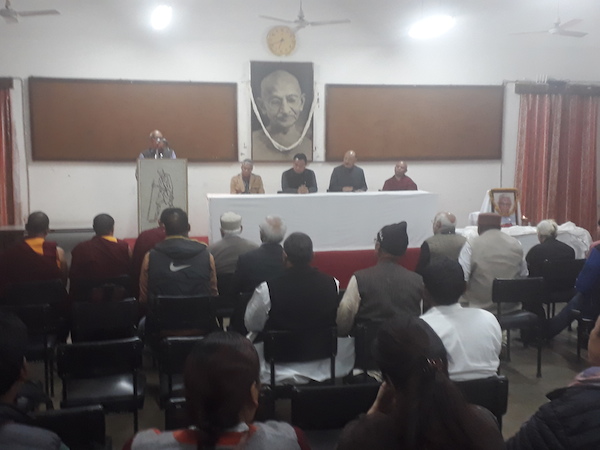 Shri Surendra Kumar, National Co-convener of Core Group for Tibetan Cause, was the master of ceremony at the memorial for late Dr Trikha.