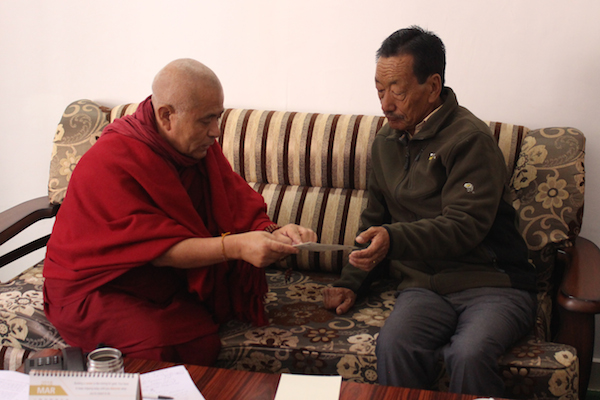 Dharamsala: Former Minister of Health and Tribal (1990-98) of Himachal Pradesh Mr. Phuntsog Rai along with the Secretary of Himalaya Cultural Association Mr. Lobzang Yishey and its member Mr. Dorjee Rabten, visited the Tibetan Parliament-in-Exile concurring it with their meetings with the dignitaries of the Central Tibetan Administration at 10 am in the morning today.

Deputy Speaker of the Tibetan Parliament-in-Exile greeted and welcomed the dignitaries into the Parliamentary Secretariat. He then briefly introduced them to the current state of the Tibetan struggle movement as he handed them publications related to Tibet and its issues.

They were then taken for a guided tour to the Parliamentary hall during which the Deputy Speaker elucidated to them on the composition of the members of the parliament and its functions as well as the session procedure. They recounted that they had once seen the program of the session and admired the democratic ways in which discussions were held and the sessions were managed. They also expressed their pleasure at holding various Buddhist and cultural activities in the Himalayan region of Spiti, Garsha and Khunu as well as organizing various discussions on the Tibet-related issues. With an intention to hold similar discussions this year too, they sought guidance from the Deputy Speaker, who entreated them to hold such programs as much as they could in their respective places.

Their visit to the Tibetan Parliamentary, then, concluded with an affirmative response from the dignitaries over the suggestion put forward by the Deputy Speaker, Ven. Acharya Yeshi Phunstok. 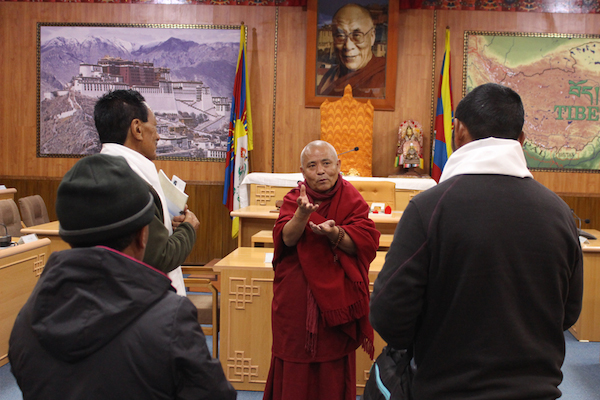 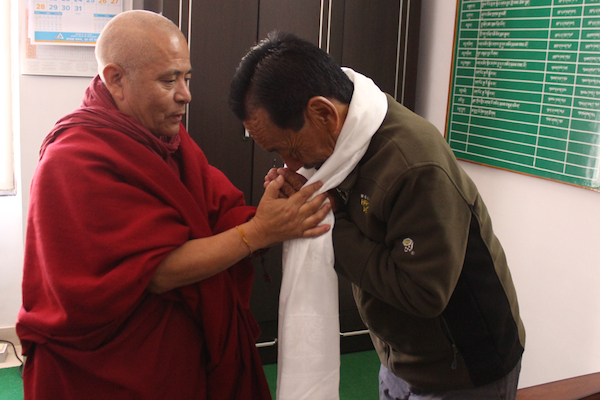