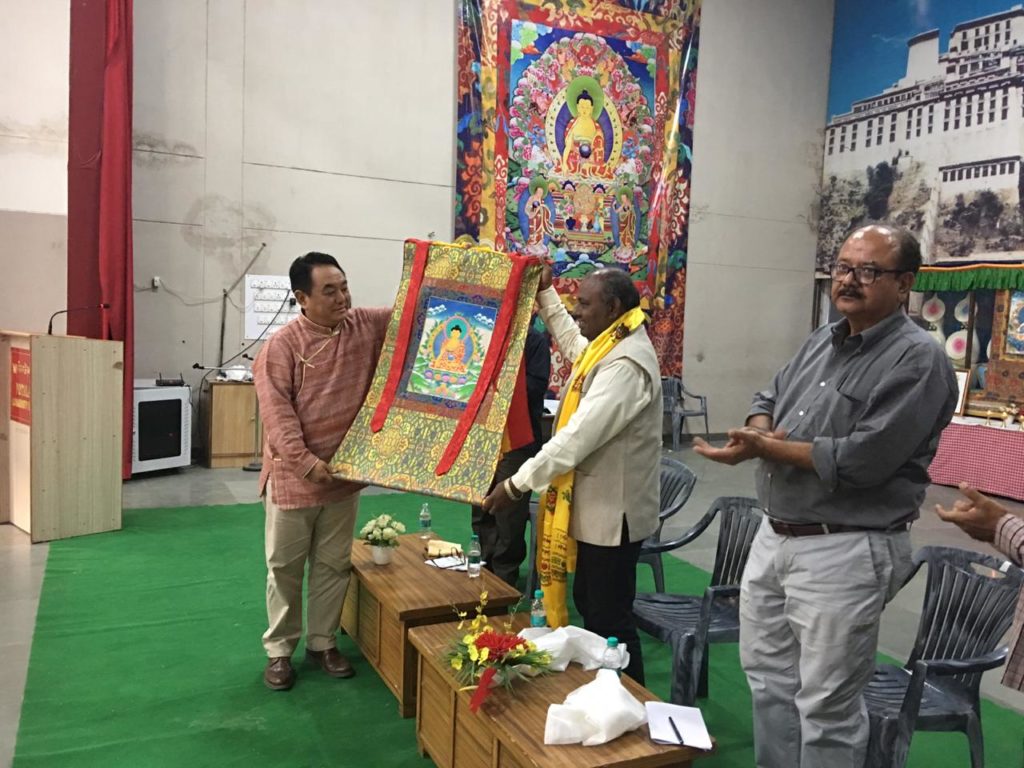 Dekyiling, Dehradun: First-ever official district – Dehradun that has hosted His Holiness the Dalai Lama in April 1959, then under the statehood of Uttar Pradesh, now Uttarakhand where more than seven thousand Tibetan population resides today to witness the farewell of out-going Regional Convener and felicitation of in-coming Regional Convener Dr.D.K.Pal and Sh.Ravi Bakshi respectively. Sh. Bakshi would now be the part of 17 Regional Conveners of Core Group for Tibetan Cause – India. His region would be Western UP & Uttarakhand.

Delhi based India Tibet Coordination Office along with the Tibetan Welfare Office, Dehradun organized this event to reconnect India’s past relation with Tibet and its people. Adding upon this, Mr.Norbu, Tibetan Welfare Officer recounted the memories of challenges being faced by Tibetans in exile that was gradually declined due to continuous support from the Indian government and its people. He also stated that Tibetans will always remain indebted towards India for what they have extended to Tibetan people for securing their identity, dignity and fraternity.

Dr.D.K.Pal, in his brief statement, made it very clear that he may haven’t done much for the cause of Tibet but indeed he has learnt a lot during all those years of association with Tibetan NGOs and particularly with Prof. Samdhong Rinpoche. Adding upon this, Sh. Ravi Bakshi stressed upon the persistency of these events and approach for a larger purpose and proactive relation among Indian and Tibetan people. He lamented that he would ensure to carry forward the legacy and good work of his father that was left incomplete after his death in 2015.

Another attraction of this event was the presence of Sh. Sandesh Meshram, Regional Convener, Maharashtra and Goa, a committed activist in the multi-folded approach of non-violence including peace march, fast, rallies etc. In addition to previous accounts of his display of support for Tibetan movement, as he shared, that he would embark upon another Cycle Rally beginning from Dharamshala to Mundgod in December 2019.

Prior to the official ceremony of farewell and felicitation of Regional Conveners that was being held at Potala Hall in Dekyiling, all three of them paid a visit to Dhondupling Tibetan Settlement where they were warmly greeted by students and faculty of Tibetan Nehru Memorial Foundation School.

Coordinator for ITCO enlarged the purpose of this event to engage closer relation and generate a deeper sense of conviction in India’s cultural fabric that contains the element of Tibetan wisdom and its fragrance. Office Secretary, Mr.Ngawang Tenzin parted the role of MC during the event where it was attended by more than 200 people from all walks of life. The program concluded with the play of Indian and Tibetan National Anthem by students from Sambhota Tibetan School, Dekyiling. 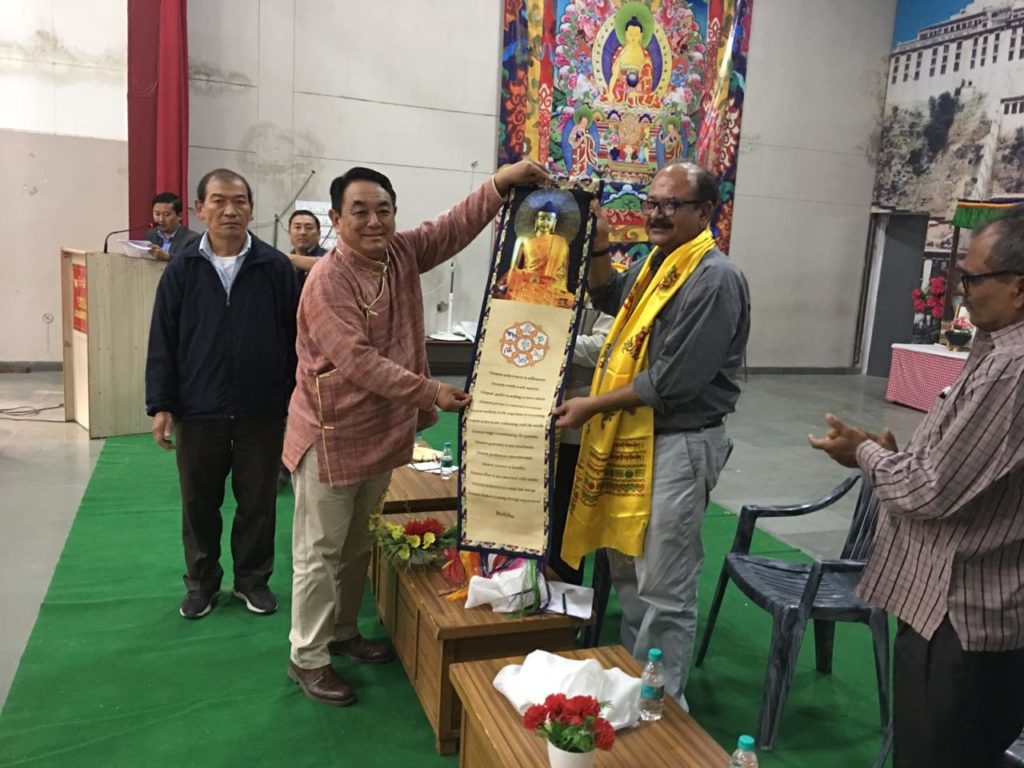 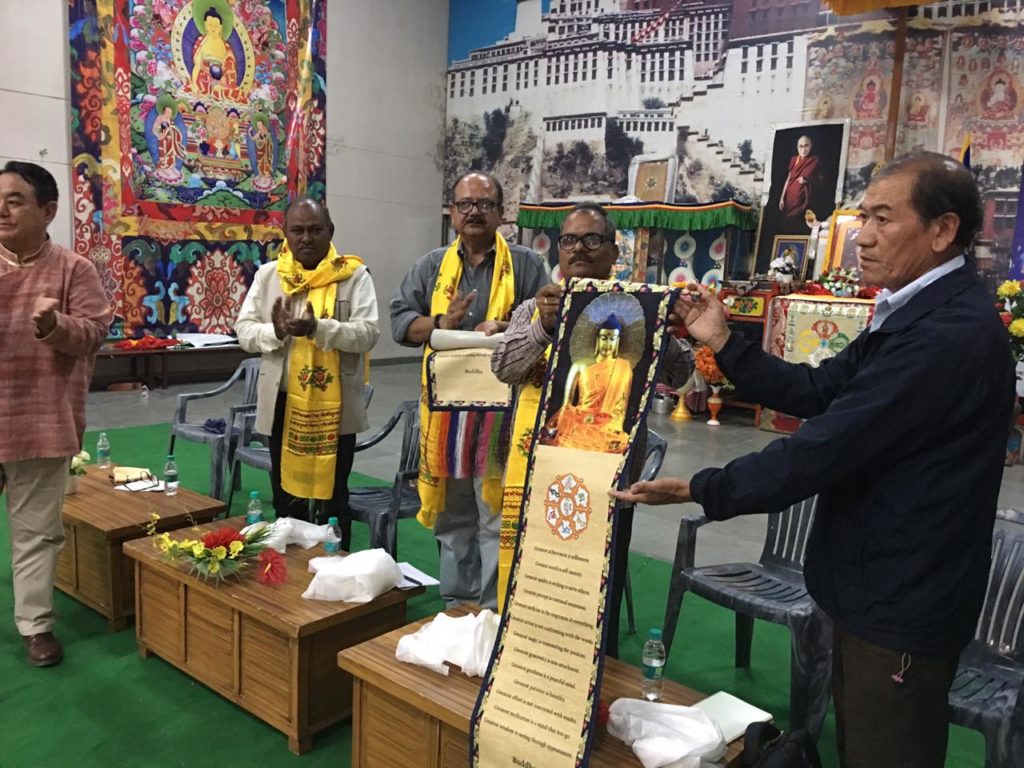 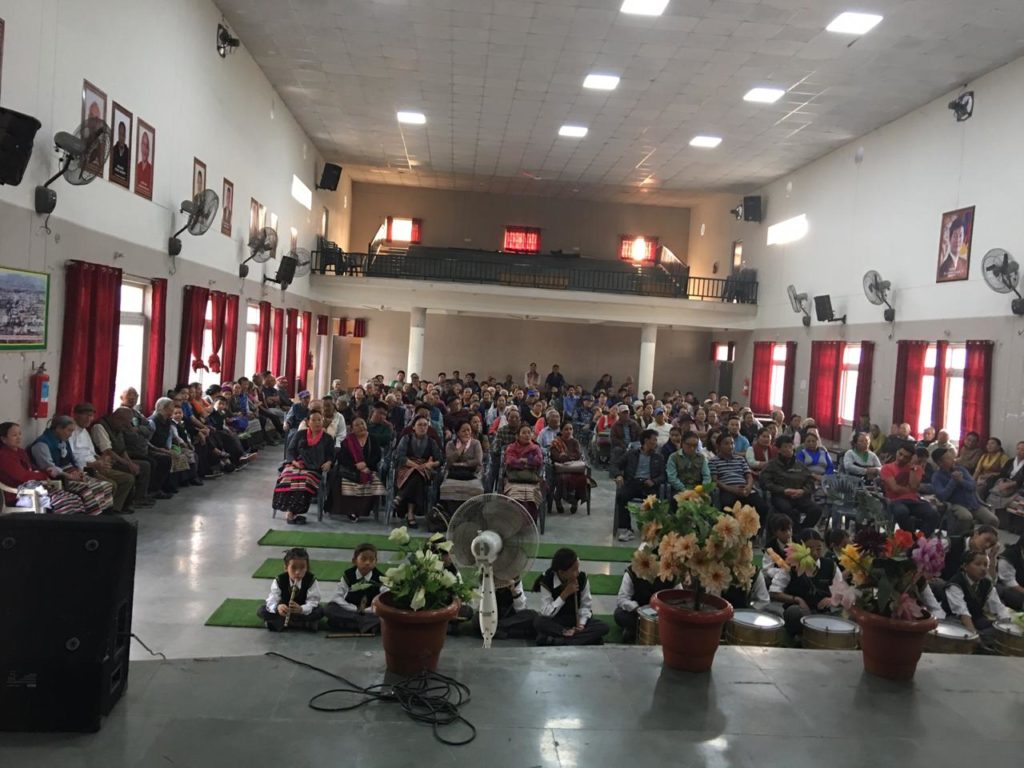 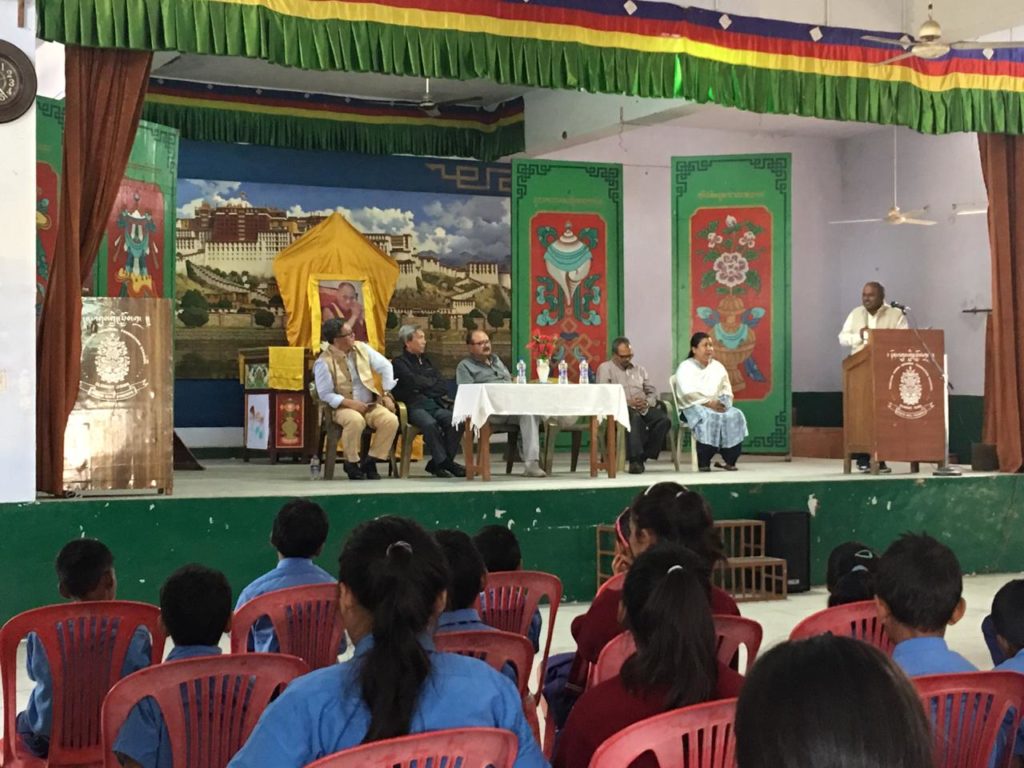 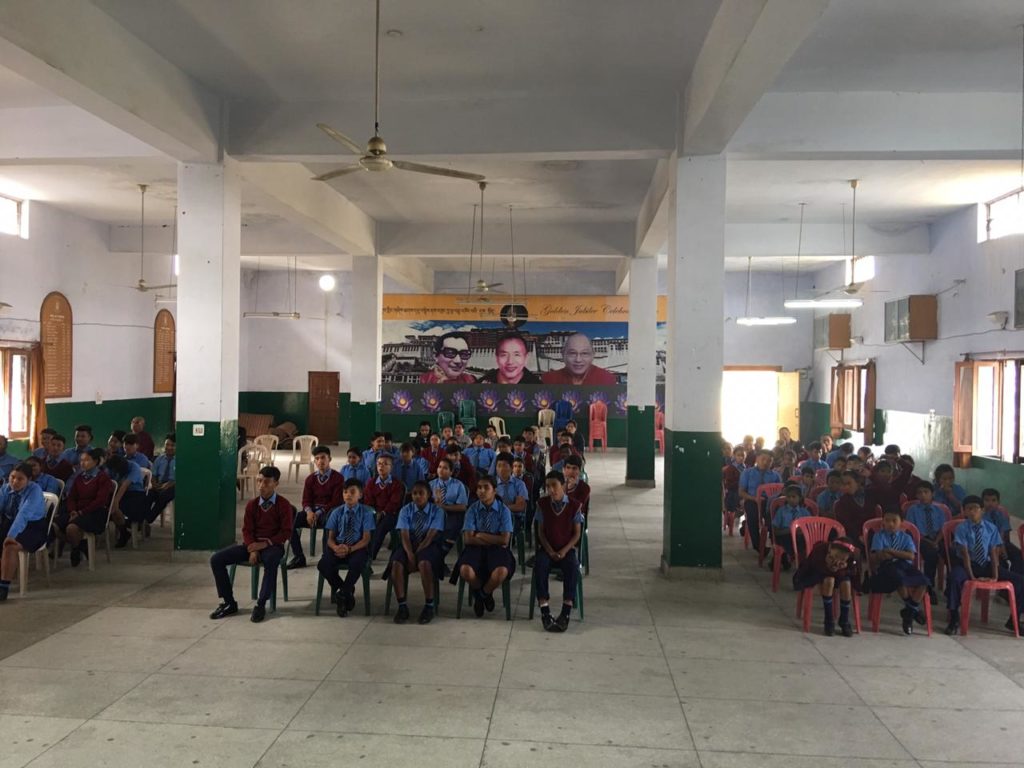