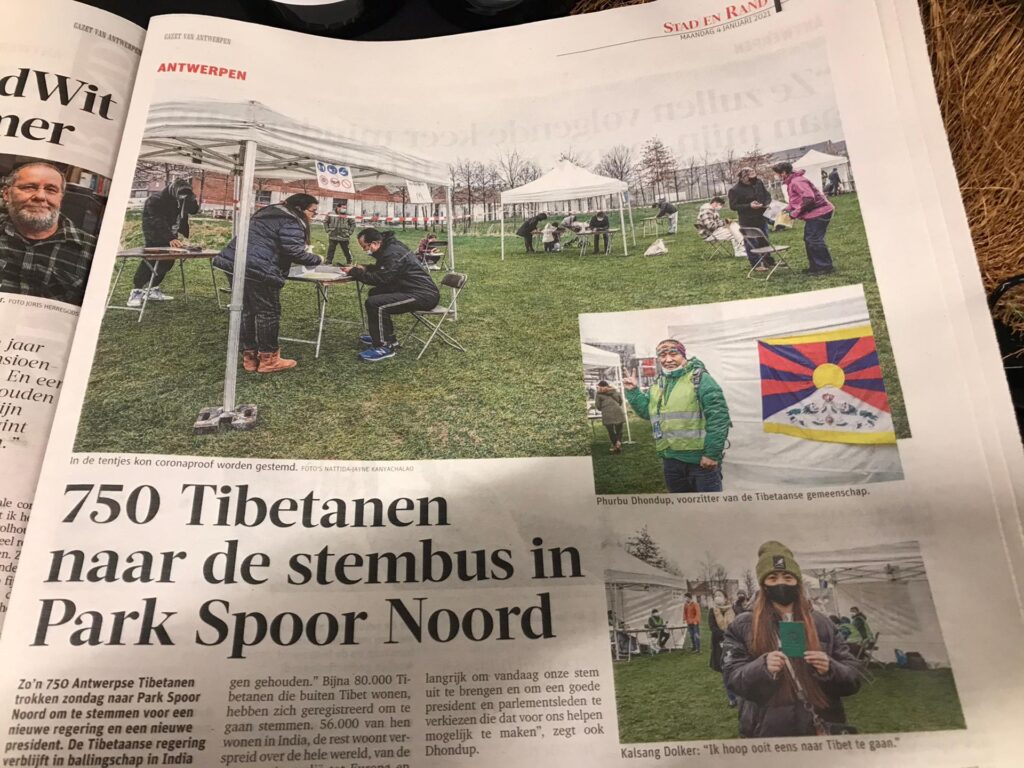 Brussels: Tibetan voters under the Office of Tibet, Brussels, Belgium, breathed a sigh of relief and joy at the end of the day, on January 3. Tibetans in Belgium, the Netherlands, France and Spain had exercised their franchise for 2021 Sikyong and Members of 17th Parliament preliminary elections.

The participation of the Tibetan community in the preliminary elections was extraordinary for at one time the Tibetans in the region, especially in Belgium, had resigned to their fate of not being able to vote this year. The region has been hit by hardest Covid lockdowns. In Belgium, hotels and bars are closed. Public engagements are prohibited. One guest is allowed at home and not more than 4 people are allowed to gather in public or else face stiff penalties. The possibility of an election seemed unfeasible.

However, yesterday Tibetans in Belgium were able to cast their votes most freely, openly and in lawful manner. Indeed under the protection and discrete supervision of local police.

By nightfall, Representative Tashi Phuntsok had received reports that the police from Antwerp, Ghent and Brussels were most satisfied by the way the OOT had organised the elections. During his visit to Brussels polling station, the Representative was informed that police in fact had asked Tibetan staff there to contact them if they needed any help.

The largest Tibetan community in Belgium, Antwerp held elections in the open in the public garden. Several tents were pitched as polling booths to cater to large public and to maintain social distance. Enough staff was marshalled for smooth public traffic and voting. The near-zero temperature, the foggy and dark wintry day did not dampen their spirit. The best community spirit manifested when individual Tibetans came out with hot tea, bread or dresil etc to serve and help the staff weather the day-long open exposure to the element.

A month ago the scenario was most gloomy. Sub commissions in France, Spain and later the Netherlands gathered the courage to grapple with the existing system to arrange the voting. Belgium was left with two hard choices: One was to seek relief from the Tibetan Election Commission to postpone the election and the other was to seek special permission from local authorities. Ms Rigzin Choedon Genkhang, Assistant election sub-commission, Mr Phurbu Dhondup, Tibetan Community President, and respective local sub-commission members were given the task.

The EC could not grant relief because of the inflexible Electoral Statute. So seeking the almost unattainable permission from the local authorities was the only hope, but a most difficult one under such severe Covid national regulations.

Applications were filed online. Over 20-page risk assessment proforma was filled for Brussels. Getting the right local authority in the municipality and the police personnel were crucial. In due course, police contacted for venue inspection. The signs were not ominous, it seemed. Early on Leuven got the first call of permission, then Brugge. Around Xmas, Antwerp received the permission. Ms Genkhang was on the phone anxiously day after day tracking the cases of Ghent and Brussels, which came just before December 31.

So, the greatest joy is that the Tibetans in the region have been able to vote in an unprecedented pandemic period. It is because of the hard work of the various sub-commissions in Holland, France and Spain. That in Belgium the election has taken place in most lawful way is largely thanks to the persistence of the staff: Ms Ghenkhang, Mr Phurbu Dhondup and other members

“The special permission accorded by various municipalities after positive police clearance showed the confidence and trust that the local authorities have in the Office of Tibet and the Tibetan Community in Belgium. It also shows how important it is to maintain regular engagement with your local authorities in the normal times”, said Representative Tashi Phuntsok. 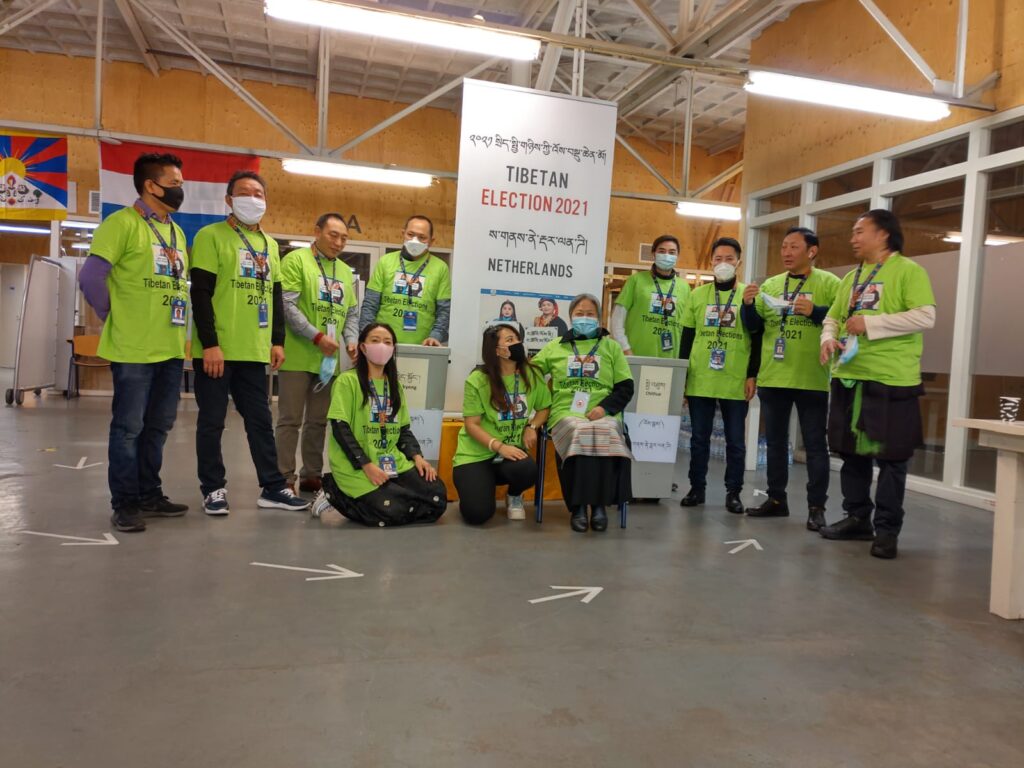 Holland subcommittee ready for the preliminary election of 2021 Sikyong and Members of the 17th Tibetan Parliament.