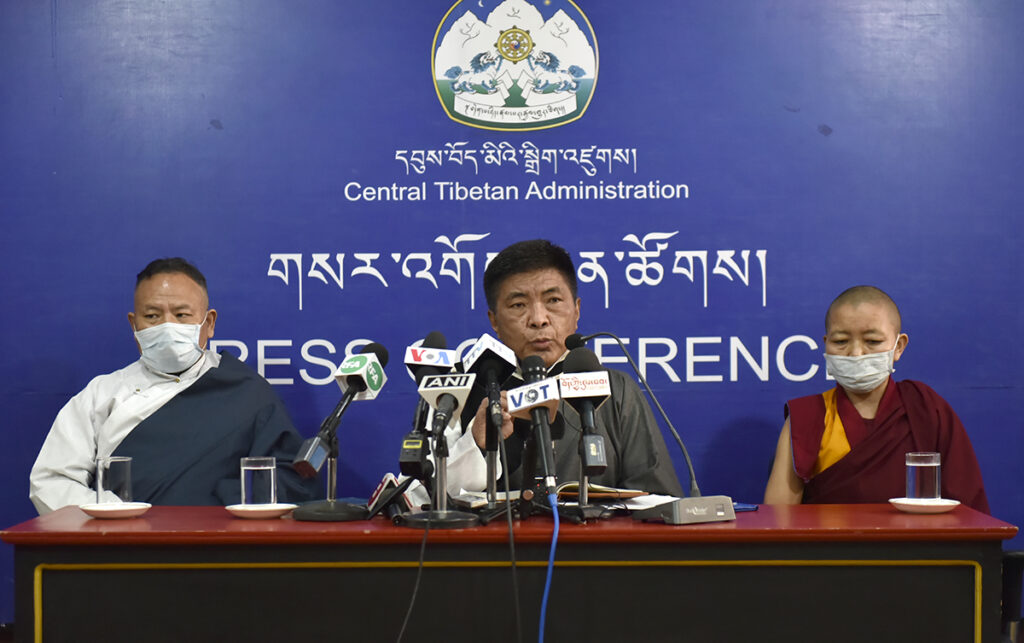 Dharamshala: In a press conference chaired by the Chief Election Commissioner Wangdu Tsering, and additional commissioners, Geshema Delek Wangmo and Sonam Gyaltsen, the Election Commission declared the results of the preliminary round of election for the Sikyong and members of the 17th Tibetan Parliament-in-Exile.

As enshrined in Article 67 (3) of the Election Rules and Regulation, that “the Election Commission, after giving twenty days to withdraw candidature, should shortlist not more than six candidates for Sikyong from the preliminary election” and “Article 49 (1) (A) of the electoral rules and regulation,” which states that “the election commission after giving 30 days to withdraw candidature, should shortlist candidates not less than thrice the number of stipulated seats in the respective constituents of the Tibetan Parliament from the preliminary election”, the Election Commission declared 30 shortlisted candidates each from the three traditional provinces of Tibet, 5 candidates each from four schools of Tibetan Buddhism and Bon religion, 6 from North & South America, and Europe & Africa. 3 candidates are shortlisted from Australasia (excluding India, Nepal and Bhutan). See the results below.

Candidates of the Tibetan Parliament-in-Exile should submit their letter of confirmation from 8 February 2021 and not later than 15 February 2021. The letter of confirmation should contain the candidate’s name, age, date of birth, Green book details including copies of the first and last page, brief biography in Monlam 2 font 14 (not exceeding 300 words) with a recent passport-sized photo.

Those seeking to withdraw their candidature may do so by writing to the Election Commission by 16 February. Withdrawal of candidature won’t be allowed once the final list is announced. Click here to read the original announcement in Tibetan. In case of discrepancies, treat the original in Tibetan as authoritative.

The electoral process for the final round of election for Sikyong and members of the 17th Tibetan Parliament-in-Exile will be announced on 21 March 2021.

According to the Chief Election Commissioner, the preliminary election in January saw a record voter turnout of 76.78 per cent, which he said was the highest turnout rate till date. Tibetans from 26 countries went to the polls through the facilitation of 57 local Election Commissions around the world. For details, watch here.

Results of the preliminary round of election for the Sikyong of 16th Kashag and members of the 17th Tibetan Parliament-in-Exile is announced as below: