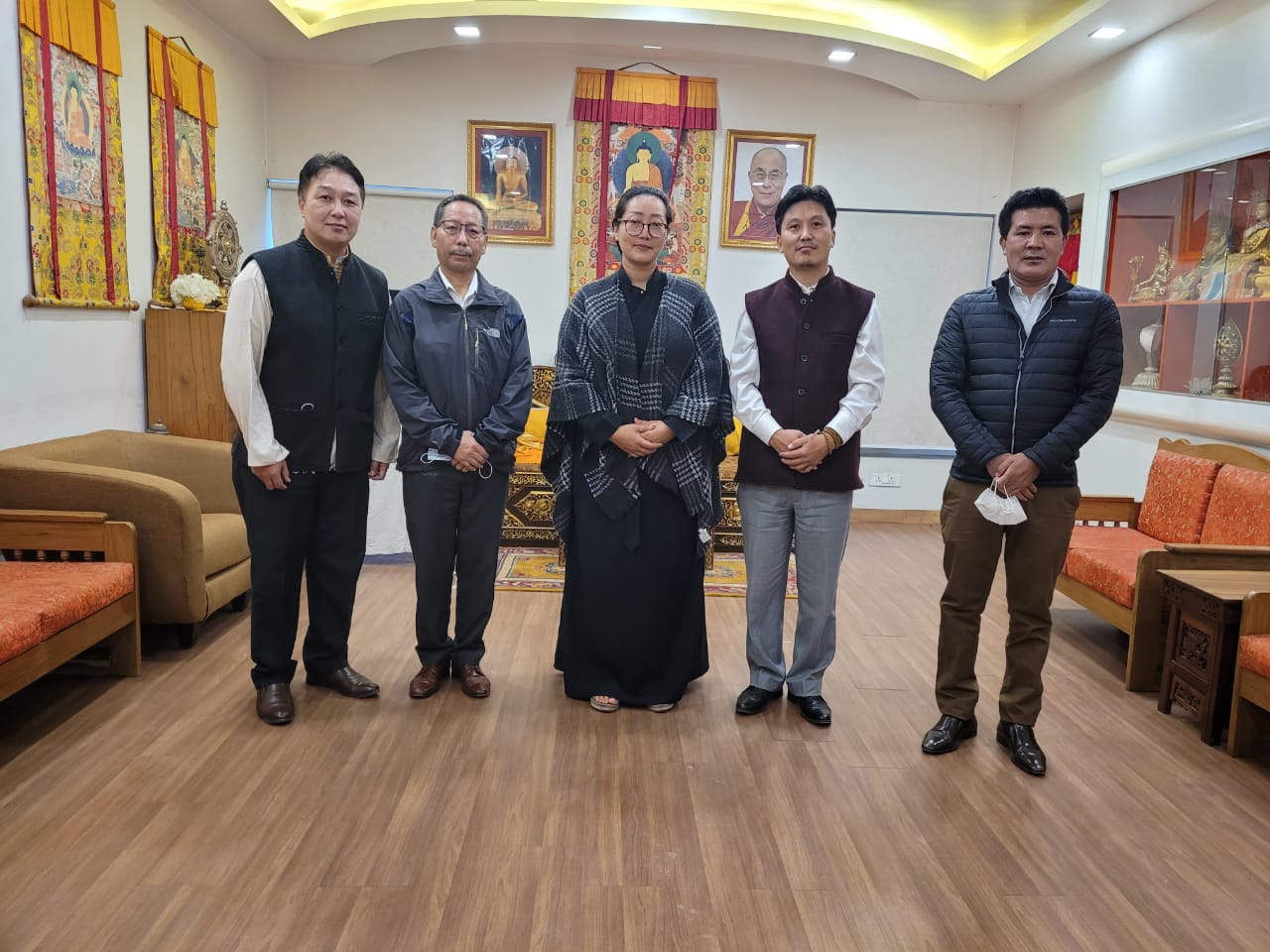 The delegation of the education department led by Secretary Jigme Namgyal with Sakya Dagmo Kalden Donkyi and settlement officer Dhondup Gyalpo of Dekyiling.

The delegation arrived in Paonta on 27 October where they were welcomed by Settlement officer Gelek Jamyang, and school Principal Kelsang Choedon along with other dignitaries of the settlement. The next day, the delegation addressed the staff of the school at its conference hall. Tsering Dhondup, Director of Sambhota schools, in his address spoke about the need to look after the children with care and affection as if they are our own children. He also spoke about the need to conduct teachings based on the Basic Education Policy of the Central Tibetan Administration.

Secretary Jigme Namgyal apprised the staff about the status of the transfer of Tibetan schools under CTSA to Sambhota Tibetan schools, and the education department’s plans to merge some Tibetan schools due to decreasing number of Tibetan students. He also spoke about the importance of a strong parent-and-child bond which can come about if children spend more time with their parents during childhood. This would not only help the future prospects of the child but also help towards sustenance of Tibetan settlements. Secretary Jigme Namgyal also talked about the crucial need to develop mental wellbeing along with material well being. He further said that schools shouldn’t just target high scores for students but also build their capacity and potential as a person who can speak, think, and perform thoroughly. The talks were followed by a brief question and answer session with the staff.

From Paonta, the delegation went to Puruwala Sambhota school where they interacted with the staff and assessed the schools’ current academic status and infrastructure. The delegation then met the parents of Tibetan students of CST Herbertpur and responded to queries from the parents about their children’s education, welfare and future prospects.

Secretary Jigme Namgyal said that although CST Herbertpur is still under CTSA, the efforts to inculcate standard education to Tibetan children will begin once the transfer is complete. The syllabus of the school as well as the rules and regulation concerning local Indian children at CST Herbertpur will remain the same. He also said that efforts are underway to attract and hire well-qualified teachers to impart quality education to the children. From CST Herbertpur, the delegation visited Ling Gesar Tibetan school in Lingtsang Tibetan settlement and advised them to remain in constant coordination with the Education department.

Following the meeting with Dagmo Kalden, the delegation visited Dhondupling Tibetan school where they were welcomed by the General Secretary of Dhondupling Settlement, Chairman and Vice chair of the local Tibetan assembly, school authorities, etc.

Secretary Jigme Namgyal informed them about the education Department’s objectives and future projects as well as the status of the transfer of Tibetan schools under CTSA to Sambhota. He also emphasised the need to create school curriculums based on the need of the time and place, and further noted that since most Tibetan schools are going through a decrease in enrolment of Tibetan students, it is a good opportunity to focus more on the children and provide quality education to them.

The delegation returned to Dharamshala after their inspection of the school premises and infrastructure. 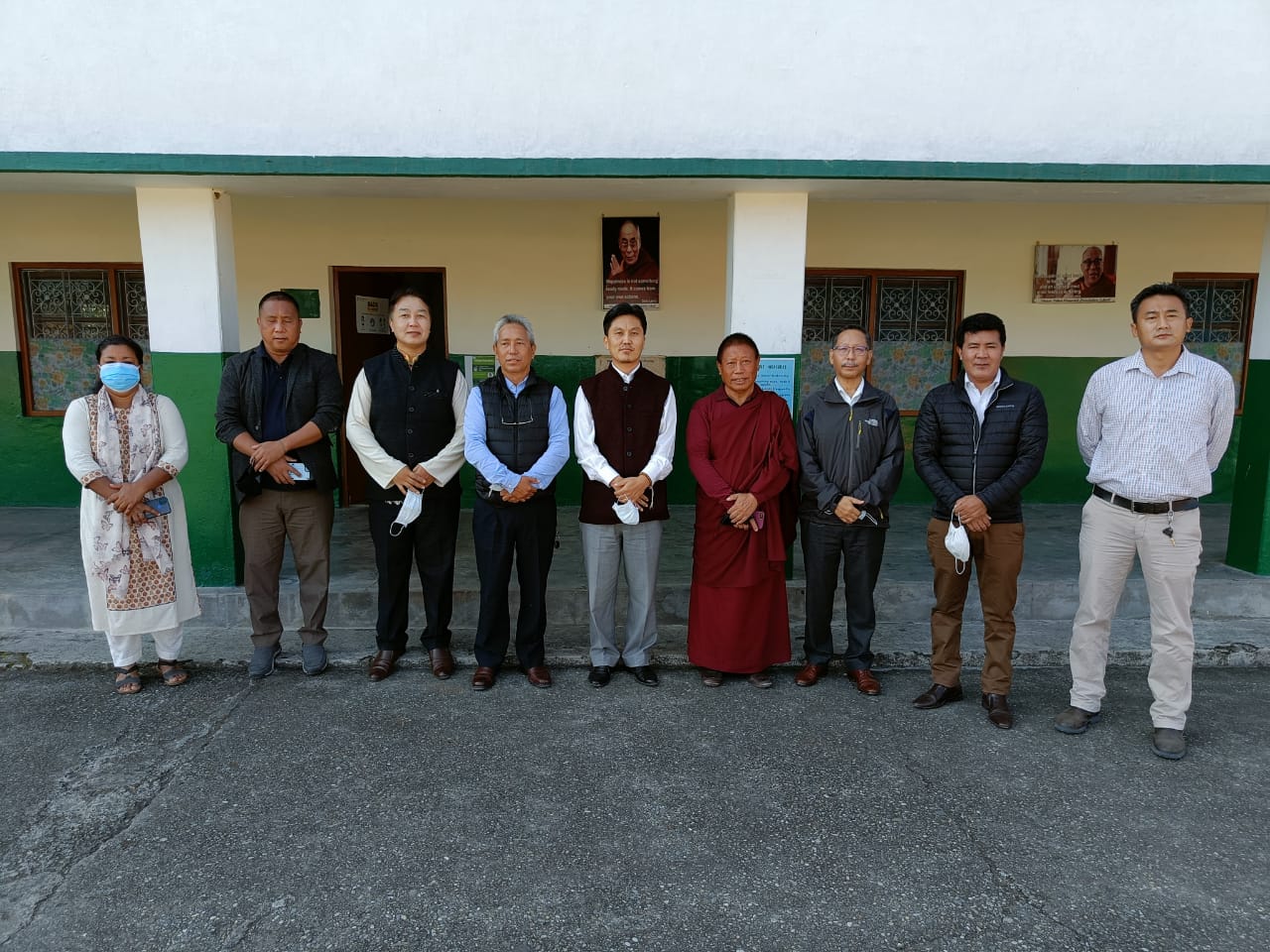 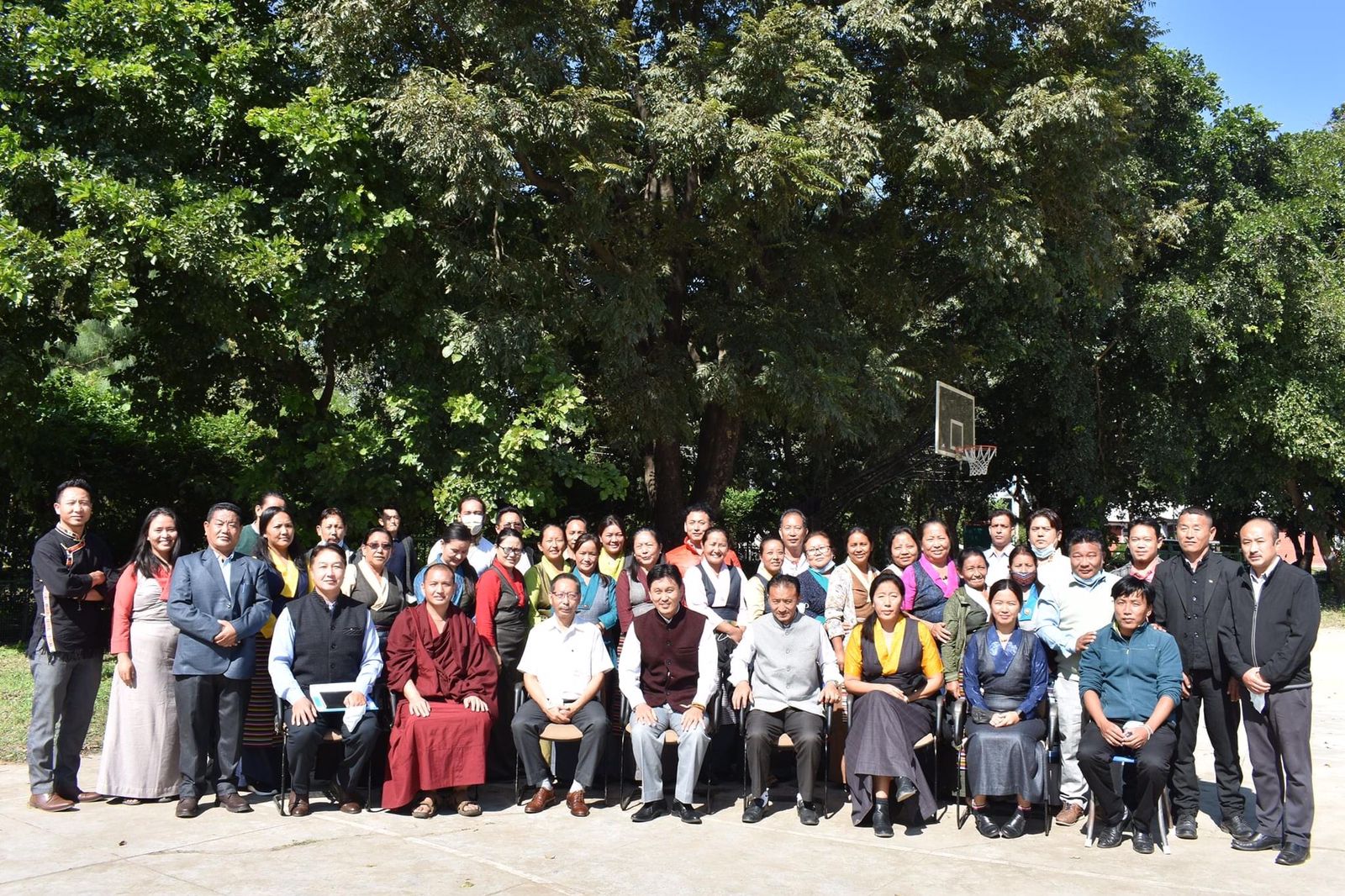 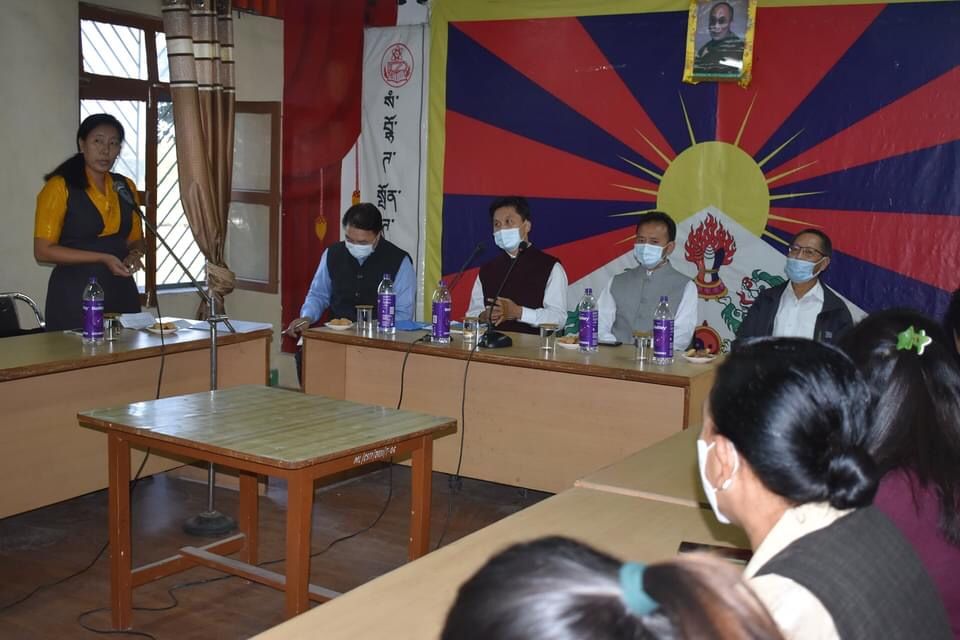 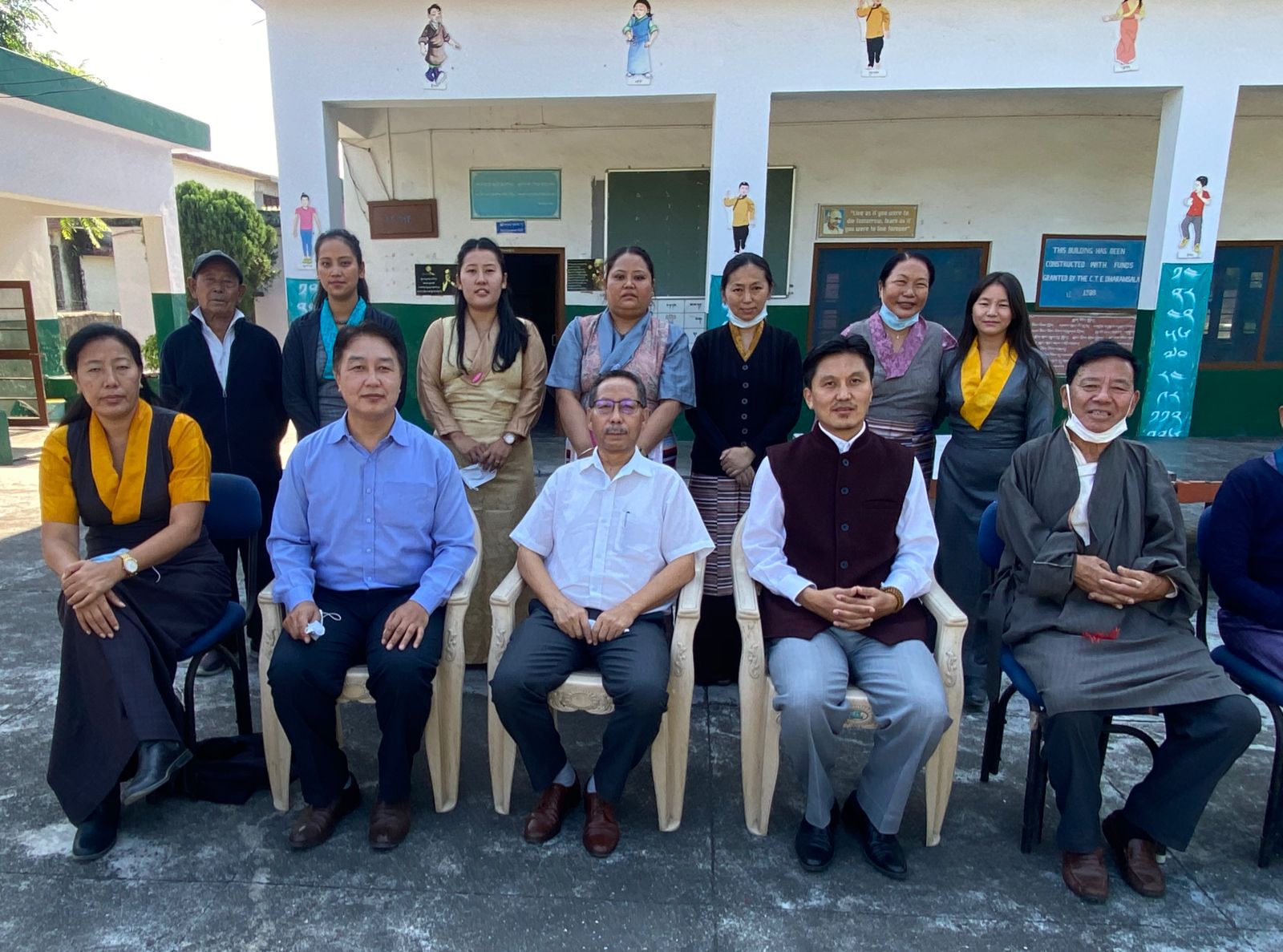 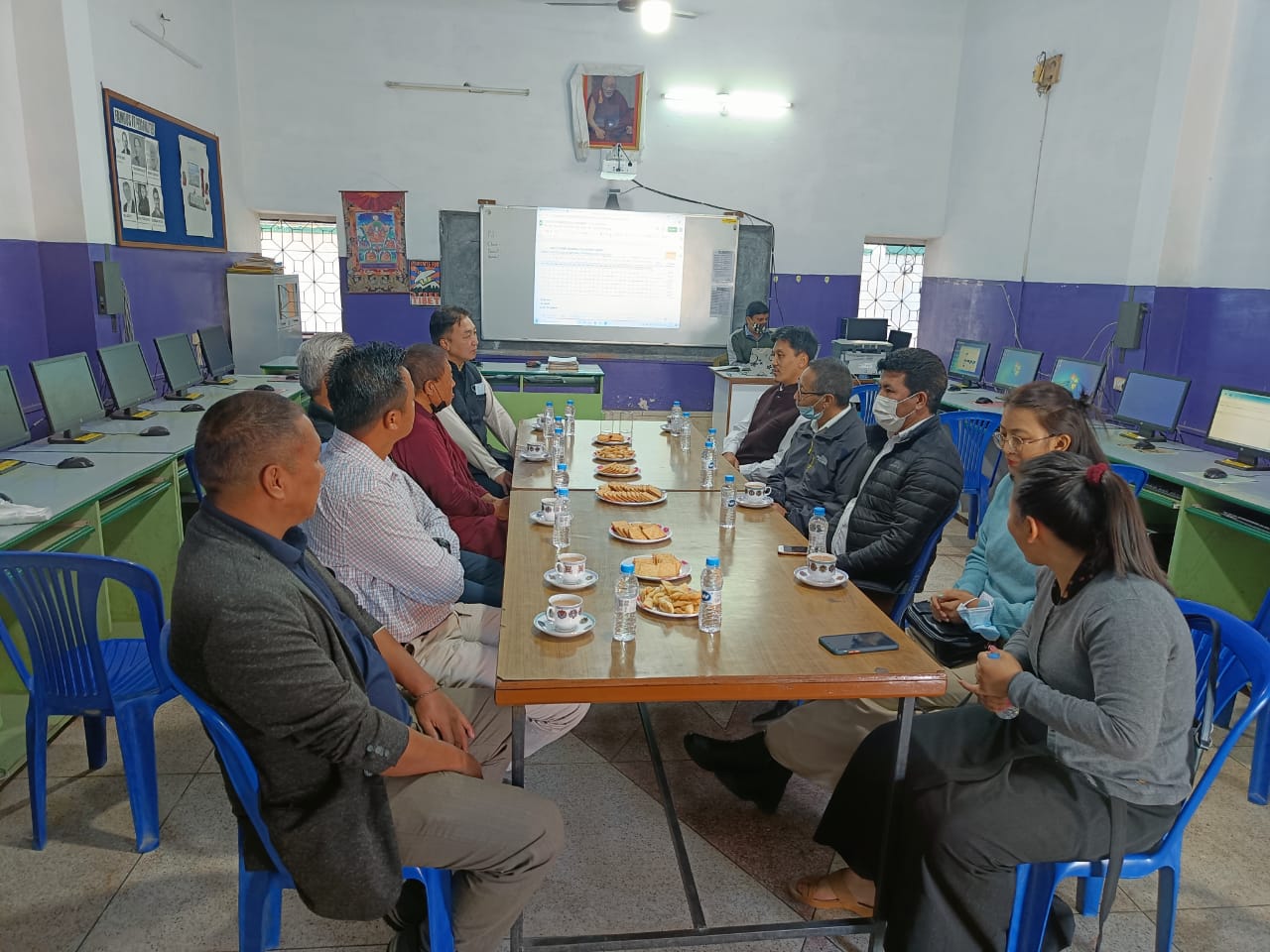