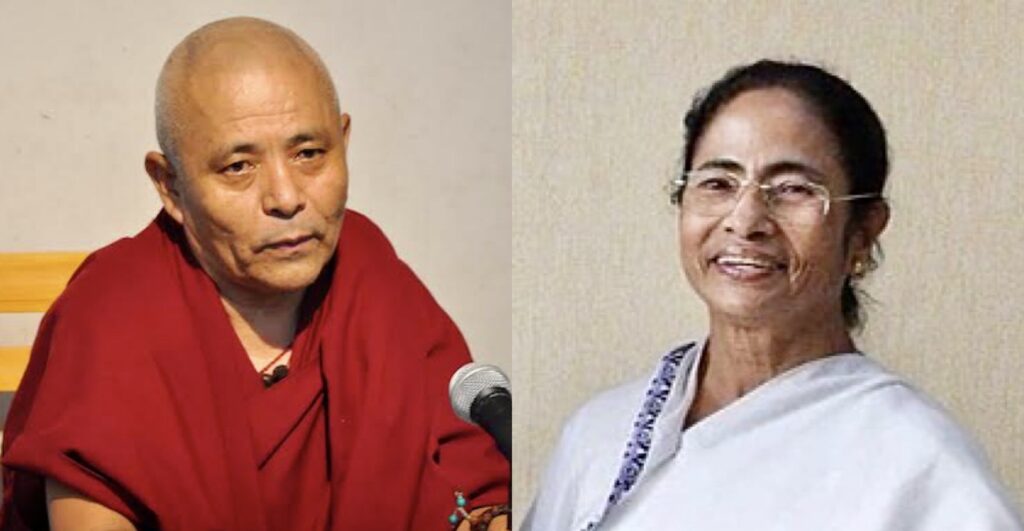 Dharamshala: Deputy Speaker Acharya Yeshi Phuntsok, on behalf of all the Tibetans in and outside of Tibet, the 16th Tibetan parliament-in-exile congratulated CM Mamata Banerjee on being re-elected for the third time as the Chief Minister of West Bengal and on the party’s victory.

The Deputy Speaker wrote, “We Tibetans are indeed genuinely grateful to the nation and the people of India for the acceptance and their support towards our cause. Especially to you and your State Government for rendering assistance whenever it was needed to the Tibetan society and Tibetans residing in West Bengal. Tibetan medical system, also known as Sowa Rugpa, has gained popularity across India; especially the Tibetan medicine of Men-Tsee-Khang Clinic is being widely used in West Bengal by many popular dignitaries, political leaders, and the general public. The government of West Bengal has always rendered support and help to the Tibetan institutes based in West Bengal. I hope and urge your government to continue the help and support towards the Tibetans.”

“You are well aware that ever since the 1959 brutal Chinese invasion in Tibet, the situation inside Tibet still remains grim with a1l the fundamental and basic human rights being violated. China is currently having territorial disputes with numerous countries including India which proves that it is their long thought through and very well plotted expansionist approach to take control over everything globally. We should also take it into consideration and hold China accountable for the deadliest virus covid-l9 which was a man made virus originated from China to disrupt the world and it indeed caused chaos all over the world for 2 years now.”

“As a vision of His Holiness the 14th Dalai Lama, Through the Middle Way Approach we seek genuine autonomy within the framework of the People’s Republic of China serving the interest

of both China and Tibet. Therefore, your honourable being a great leader and CM of West Bengal, we hope that you and your government will support us in resuming the peaceful dialogue between Chinese authorities and envoys of His Holiness the Dalai Lama which has -l come to a standstill after the 9th round of Negotiation in January 2010.”

“Your Honourable, our Parliamentary Delegation had the opportunity to meet and interact with your Party State Assembly members in Calcutta and Member of the Parliament in Delhi regarding the Tibet issue in the past but we would be obliged to receive an opportunity to meet and interact with you honourable in the future. The first ever conference of the Tibet support group was held in Kolkata in 1960 under the leadership of eminent socialist leader and Tibet supporter late Shri Jayaprakash Narayan.”

“Your achievements and selfless service towards the people of India especially the people of West Bengal over the years are commendable as are your present commitments to serve your people. I congratulate you once again and may your future constructive endeavours have fruitful results in bettering the lives of the people of your state.”