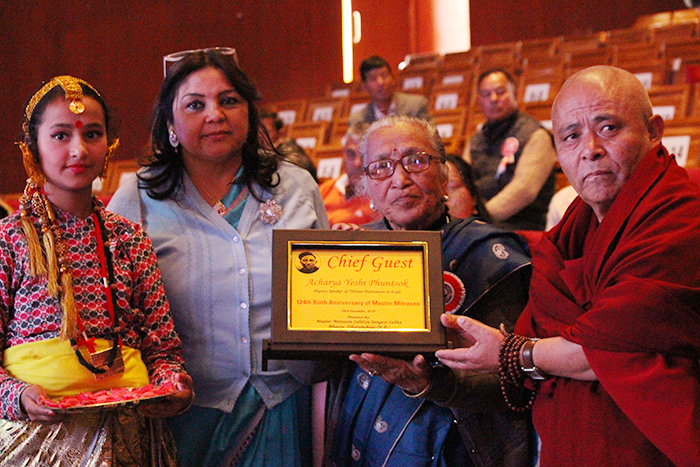 Dharamshala: The Deputy Speaker of the 16th Tibetan Parliament-in-Exile Acharya Yeshi Phuntsok was the chief guest at the 124th birth anniversary celebration of Master Mitrasen Thapa at the Government College in Dharamsala.

Master Mitrasen Thapa was a Nepali folk singer, songwriter, dramatist, and social worker. His family moved from Nepal to Dharamsala and he was born in 1985 at Totarani, Dharamsala of Himachal Pradesh. He studied till 8th grade and in 1912, he joined Gorkha Rifles in the Indian military and took part in World War -I with his battalion in France. During his military days, he holds profound consideration on the preservation of Nepali religion and culture that, even after leaving military service in 1920, he continued his life in preserving Nepalese music, Nepali language & culture, poem. He took a tour to different parts of India to reach out to the Gorkha communities and introduced them to the preservation of the Nepali religion, culture, and language. Moreover, in 1942, he translated a copy of Buddhavani, the life story of Lord Buddha and later in 1996, this translated copy was presented to His Holiness the 14th Dalai Lama by Master Mitrasen Sahitya Sangeet Sabha. This great legendary died when he was only 50 years old.

Deputy Speaker stated that Nepali people should consistently remember this great legend by preserving their own religion, culture, and language and the younger generations should continue his legacy.

“Tibetans in Tibet are deprived of basic human rights, freedom of religion, culture, and language that the People’s Republic of China is undertaking every possible way to destroy it. But we Tibetans in and outside Tibet are constantly working towards the preservation of our own religion, culture, and language. He thanked Nepali people on behalf of all Tibetans and urge them to support the just cause of Tibet”, he said.

He lauded the organiser for organising this significant event and stated that he followed the life story of this great man only after getting the invitation and thus got privileged to come across such a legend. He concluded his speech by paying homage to Master Mitrasen for his remarkable deeds.

After that, other guests addressed the gathering followed by performances of Nepali cultural dance.

During the event, President of Master Mitrasen Sahitya Sangeet Sabha Mrs. Sadhna Nepali announced on organising a debate on the writings of Master Mitrasen and then assured to support the issue of Tibet. Later she presented Deputy Speaker a souvenir as a mark to thank him for being the Chief Guest on the occasion. Similarly, Deputy Speaker presented a souvenir of Tibetan Parliament-in-Exile to her and another eminent guest. The function was organised by Master Mitrasen Sahitya Sangeet Sabha of Dharamsala. 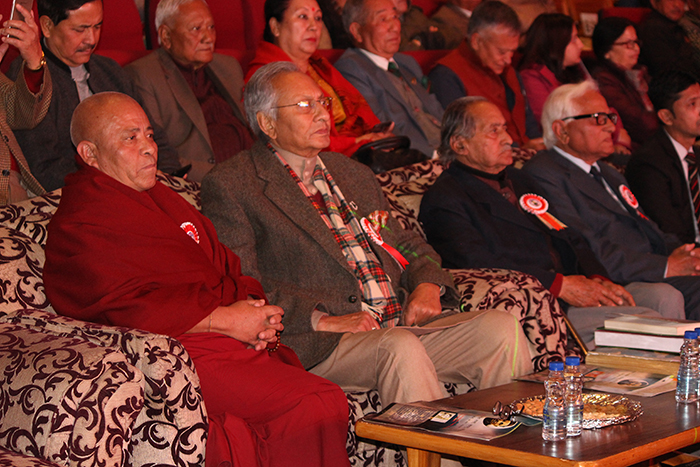