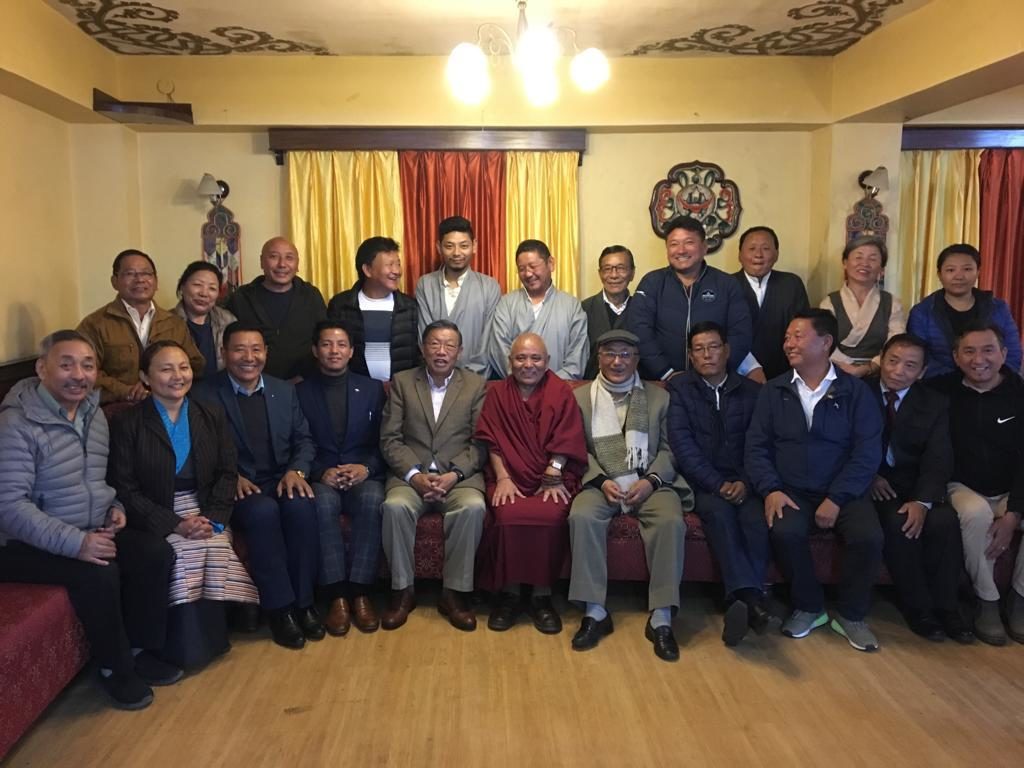 After successfully completing the programs at Darjeeling, Sonada, and Ravangla,

Deputy Speaker Acharya Yeshi Phuntsok reached Gangtok on 11 November. He visited Rumtek Monastery earlier that day and later gave a talk on ‘Democracy and Unity’, which started with a welcome speech by Gangtok Settlement Officer Migyur Youdon. Followed by President of National Democratic Party of Tibet, Tseten Norbu’s speech explaining background, objective, and benefits of or organising the talk.

Deputy Speaker started his talk by elucidating the general public on the evolution of democracy, its origin, different policies, and features. The evolution of the Tibetan democratic polity has been possible because of the blessing and farsighted vision of His Holiness the 14th Dalai Lama.

He emphasized the exiled Tibetans to look up to the Tibetans inside Tibet who have been protesting fearlessly against the repressive policies of the Chinese Communist Party (CCP) for the last 60 years and make a collective effort for the common cause of Tibet.

In addition to that, he spoke on the importance of following His Holiness the Dalai Lama’s advice in preserving Tibetan culture, language, religion, and moral values.

Deputy Speaker also advised the public to follow the example set from the hard work of elder Tibetan generation and from the guidance of His Holiness the Dalai Lama in setting the direction for the Tibetan struggle and in preserving Tibetan culture.

He further spoke on the importance of understanding the concept of democracy with pure intention and enthusiasm, which constitutes the base for unity.

“Democratic system is a system of political science, and especially a system for the administration of the government,” said the Deputy Speaker. He further added, “Democracy is not just about casting of a vote or fighting for right or commemoration of occasions, democracy is taking responsibility and exercising power in accordance with the laws and regulation.”

He concluded his talk with how democracy functions with different philosophies and policies, like liberalism and socialism that are practiced in more than 170 democratic countries of the world. 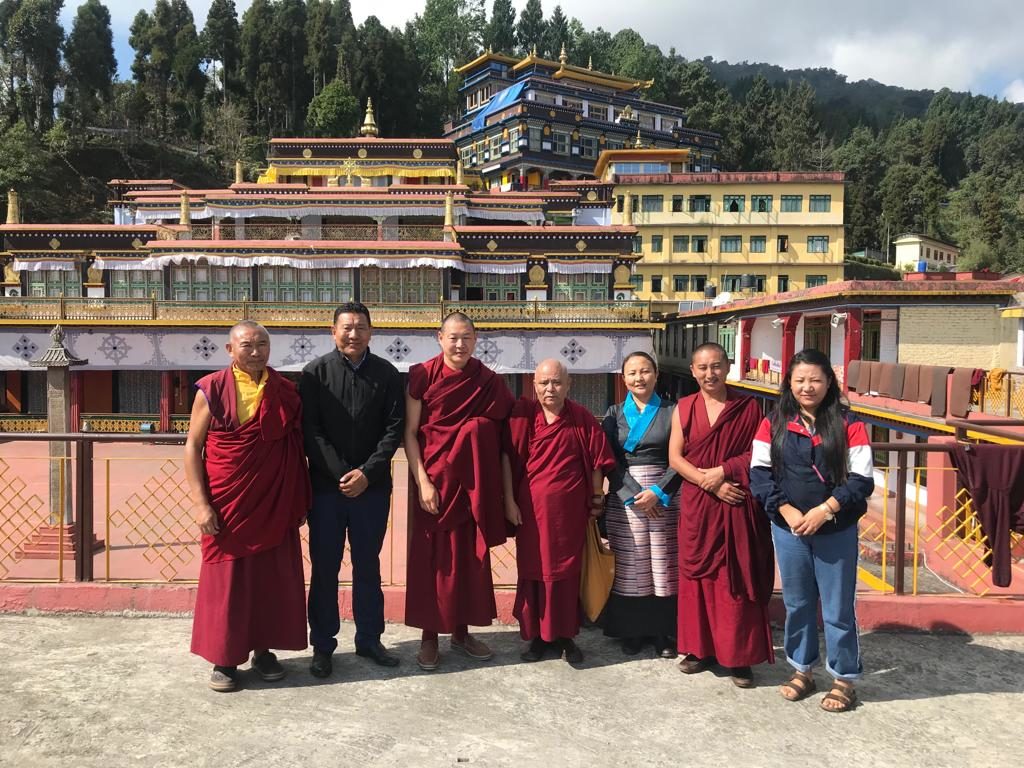 On 12 November, the Deputy Speaker visited monasteries in Gangtok and then set off to Kalimpong, West Bengal, where he was warmly received by Settlement Officer Tenzin Dadon and other local dignitaries.

The next day, he visited Kasur Gyalo Dhondup (elder brother of His Holiness the Dalai Lama) and his Thukpa (noddle) factory.

Thereafter, Deputy Speaker addressed the above-mentioned topic to the people of Kalimpong and answered questions asked by them.

Finally, he visited the old age home of Kalimpong. 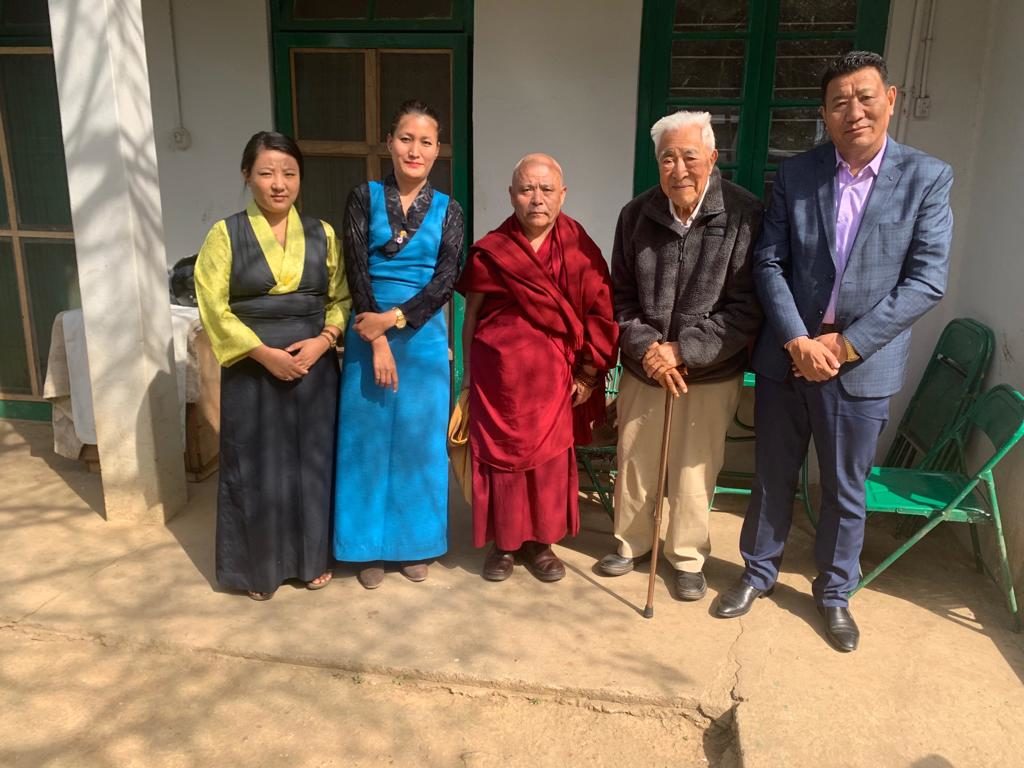 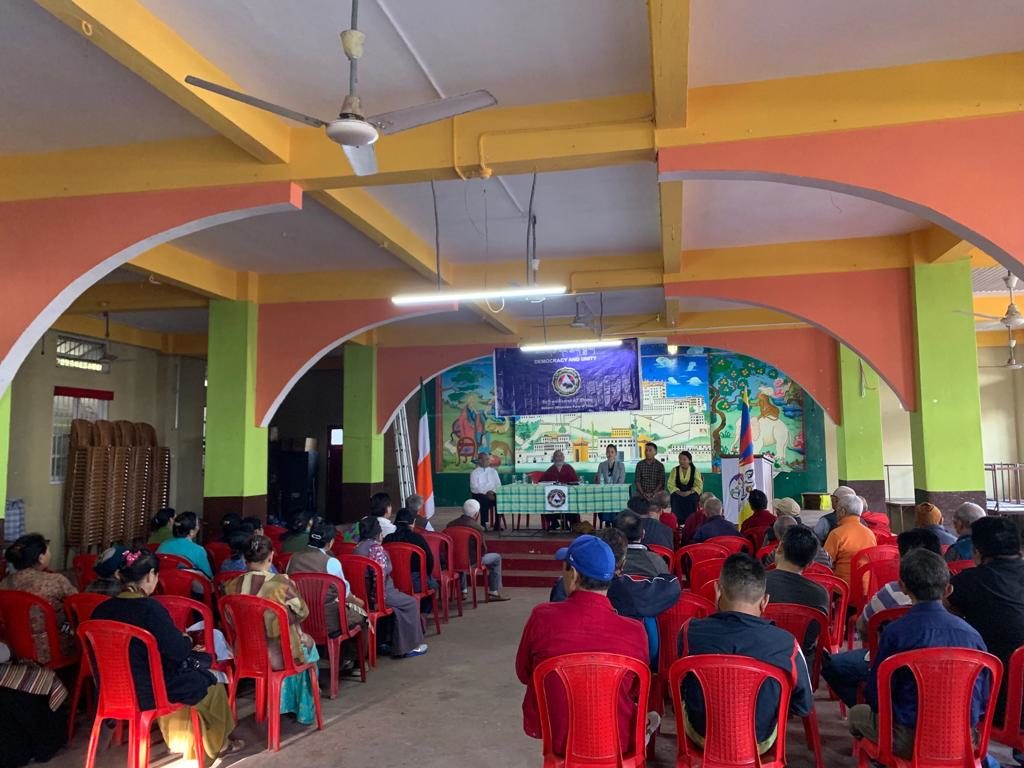