Day 10 of the fifth session of 16th TPiE 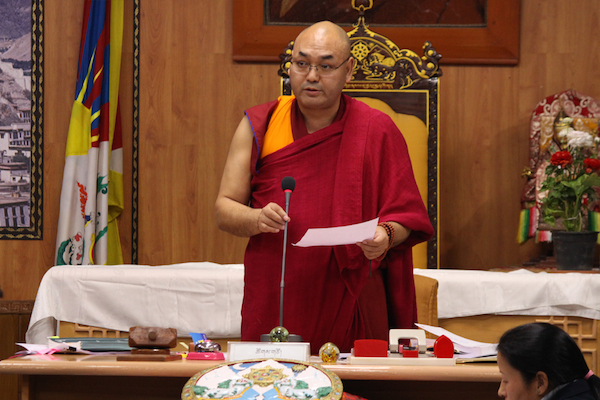 Dharamsala: The tenth day of the fifth session of the 16th Tibetan Parliament-in-Exile commenced with Speaker Ven. Khenpo Sonam Tenphel chairing the session as it proceed with its first list of business i.e., “Legislative Procedure-Third Reading and Approval”, concerning the legislative amendment proposal in reference to Clause I sub-clause C (i), Clause V sub-clause (i), (ii) and (iv) of the Rules and Regulation of the Office of Auditor General, which was met with unanimous approval from the members of the parliament.

Following the second list of business, the official motion was passed on the appointment of 9th Public Accounts Committee to (i) scrutinize the process of Cabinet (Kashag) follow-up on the report of 2014-2015 accounts of Central Tibetan Administration by the Office of the Auditor General and (ii) to examine the Auditor General’s report on 2015-2016 accounts of Central Tibetan Administration and present it by the seventh session of the 16th Tibetan Parliament-in-Exile. This motion was moved by Parliamentarian Mr. Lobsang Yeshi and supported by Parliamentarian Mr. Gewatsang Ngawang Tharpa. It was approved unanimously by the members of the parliament.

The Revised 2017-2018 Budget Approval and the 2018-2019 budget Approval as presented by Deputy Speaker Ven. Acharya Yeshi Phunstok and supported by the Chairman of the Budget Estimation Committee Mr. Pema Jungney, were both passed unanimously in the house.

Secretary-General Mr. Lhakahng Tsering Topgyal presented the leave of absence of the members during the 10 days session and then Speaker, Ven. Khenpo Sonam Tenphel gave the concluding speech, wherein he congratulated Ama Jetsun Pema, a UNESCO medal winner and first female Minister of the Central Tibetan Administration on being conferred the Nari Shakti Puruskar by the Ministry of Women and Child Development, Government of India on International Women’s Day, 8 March and Dr. Yeshi Dhondhen, a noted Tibetan medical practitioner for the conferment of the the prestigious Padma Shri award by the government of India. He also congratulated Dr. Pema Yangchen on being elected as the new Kalon of the 15th Kasag. He requested all the Tibetans, lay and officials, to be united and strive to resolve Tibet’s issue. He commended both the members of the Kashag and Tibetan parliament for their relentless efforts and commitment to the welfare of the Tibetan people and cause.

He also thanked the respective staffs of the concerned departments for their contributions in various aspects in making the 5th session run smoothly without any inconvenience, including the members of the Budget Estimation Commission.

The session adjourned sine die at 11 am in the morning today. 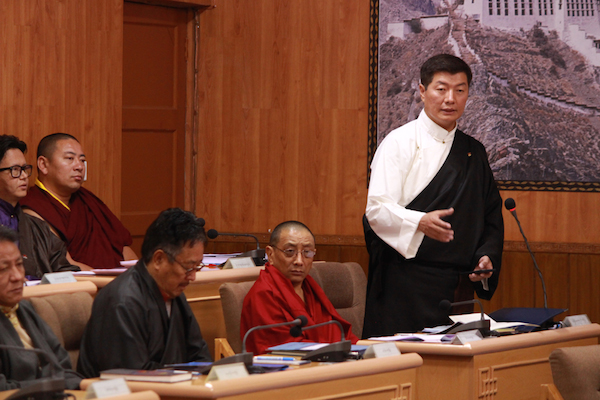 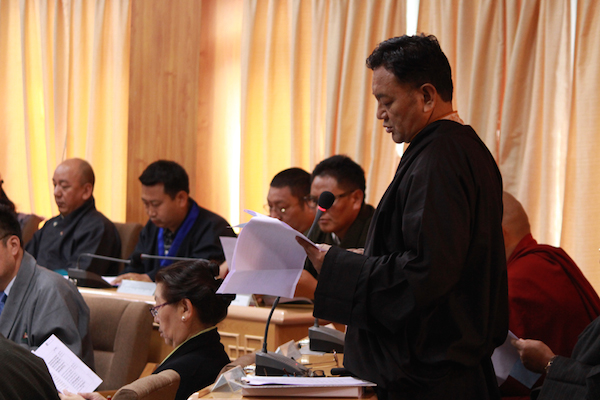 Tibetan Parliamentarian Lobsang Yeshi on day 10 of the fifth session of 16th TPiE.