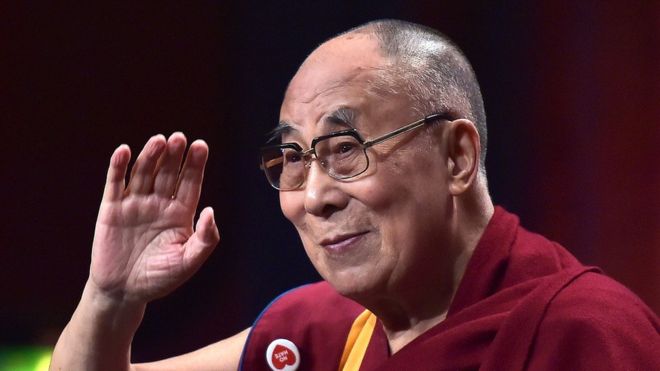 Puffin will publish the Dalai Lama’s first children’s book, The Seed of Compassion, in March 2020.

“For the first time ever, His Holiness addresses children directly, sharing important lessons from his own childhood,” Puffin said.

Olivia Edwards, commissioning editor, bought UK and Commonwealth rights from Draga Malesevic, senior manager of subsidiary rights at PRH US Namrata Tripathi, v.p. and publisher of Kokila, an imprint of PRH US, negotiated the deal for world rights with Gaden Phodrang Foundation of the Dalai Lama in Switzerland. The title will be published in hardback on 24th March 2020, retailing at £12.99, and will be illustrated by Bao Luu, a Vietnamese artist who now lives in Houston in the US.

The synopsis reads: “In The Seed of Compassion, His Holiness the Dalai Lama inspires young readers to create a world that embraces all of humanity with an open heart through stories from his youth in Taktser to lessons he learned in his training as a Buddhist monk. Giving readers a glimpse into his journey from a sometimes naughty child to an internationally recognised spiritual leader, His Holiness encourages children and families to nurture the seed of compassion that lives within them. We cannot change the past, but the future we can change,” his book reads. “And children already have the tools needed to build a happier world, a better world, a compassionate world.”

Edwards said: “We are so thrilled and honoured to be the UK home of His Holiness the Dalai Lama’s very first picture book. Through The Seed of Compassion the Dalai Lama has made his universal message of peace and kindness accessible to all children, offering guidance on how they can help make the world a kinder place, one small act at a time.”

His Holiness the Dalai Lama, Tenzin Gyatso, is a Buddhist monk and the spiritual leader of the Tibetan people and of Tibetan Buddhism. He was awarded the Nobel Peace Prize in 1989 and the US Congressional Gold Medal in 2007. Born in 1935 to a farming family, he was recognized at the age of two as the reincarnation of his predecessor, the 13th Dalai Lama.