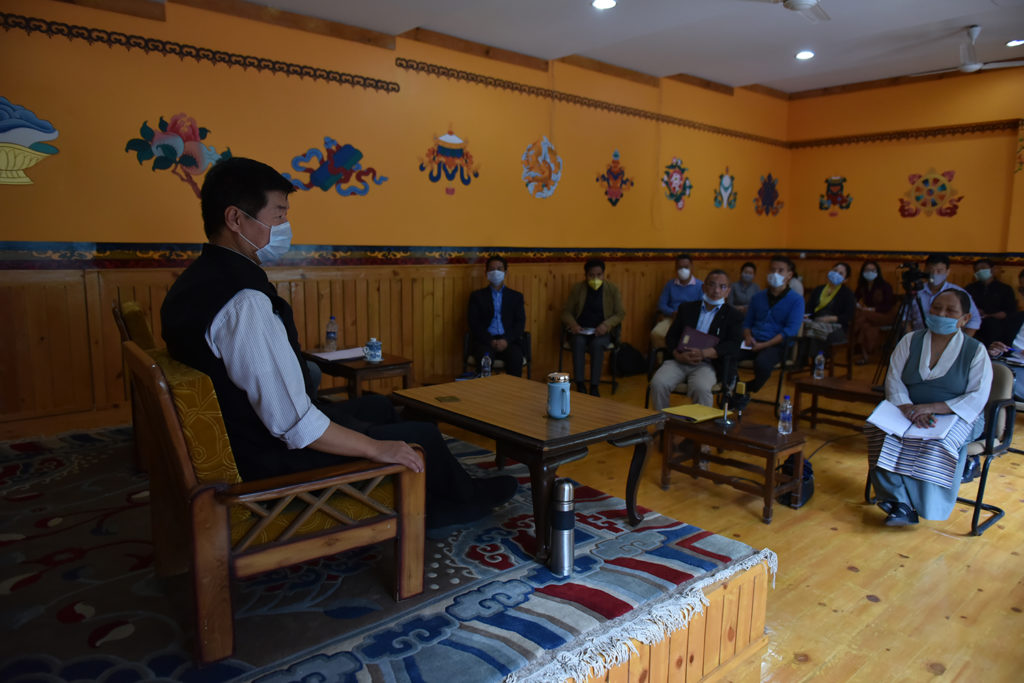 Dharamshala: Once again the CTA’s Task Force Committee on coronavirus assembled to review the plan of action and steady efforts of the task force. Presided by Sikyong Dr. Lobsang Sangay and chaired by Health Kalon Choekyong Wangchuk, the meeting was attended by Secretaries of the Departments, Dharamshala Settlement Officer, and members of the Task Force Committee.

CTA Task Force has held multiple meetings until now to discuss how to provide relief support and aid for the distressed Tibetans affected by a coronavirus in addition to working tirelessly to fight the pandemic.

Mr Dawa Tsultrim, Additional Sec. of Home Department notified the progress being made by the Department in regard to redressing the grievances of the public. He said that the Department has received over 400 calls in the last few days all of which have been timely redressed. 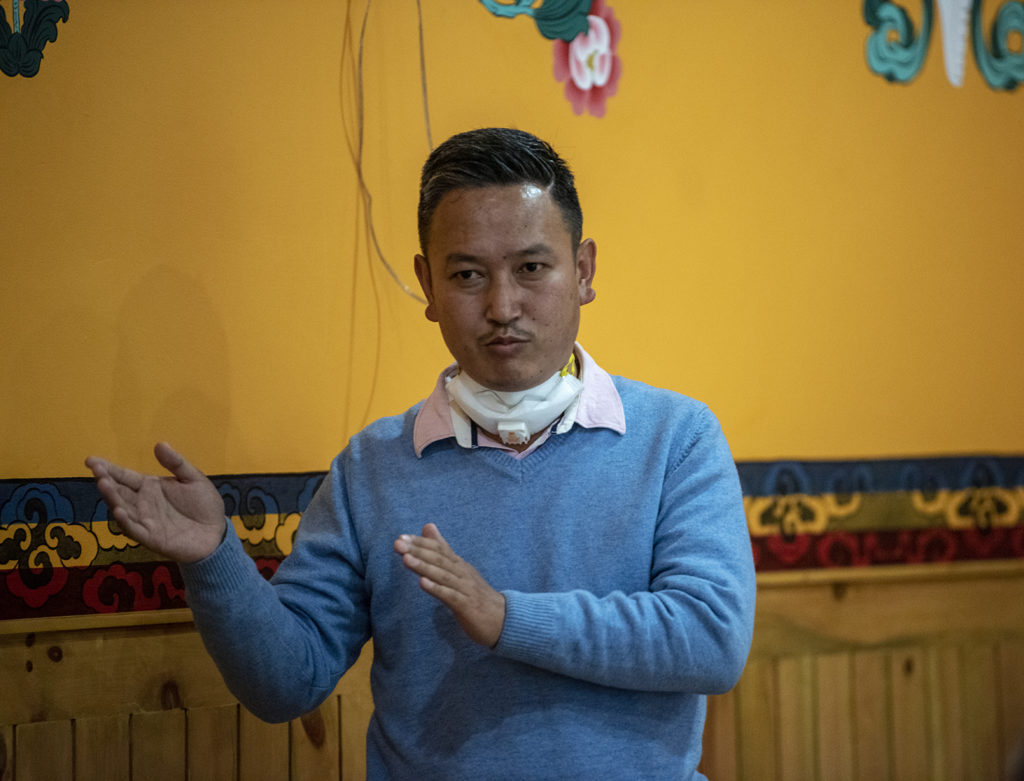 Settlement Officer Kunga Tsering reported the active efforts being made by his office in taking care of 23 stranded students from Ladakh including 3 elderlies who are currently lodged at the Lower TCV School for the time period. He apprised that the office is working in close coordination with Ladakh’s settlement office and the Nodal office regarding obtaining interstate travel permit for the stranded Tibetans as well as the Ladakhis.

The Department of Education briefed on the Department’s funding to Tibetan students particularly the destitute ones during the crisis. Mrs Sonam Sangmo, Joint Sec. (DOE) informed that Department has been providing allowances worth 5000 to over 203 college students and Rs 2000 to students in schools.  In addition to that, she said that the Department is maintaining close contact with the students in need of guidance and financial assistance. 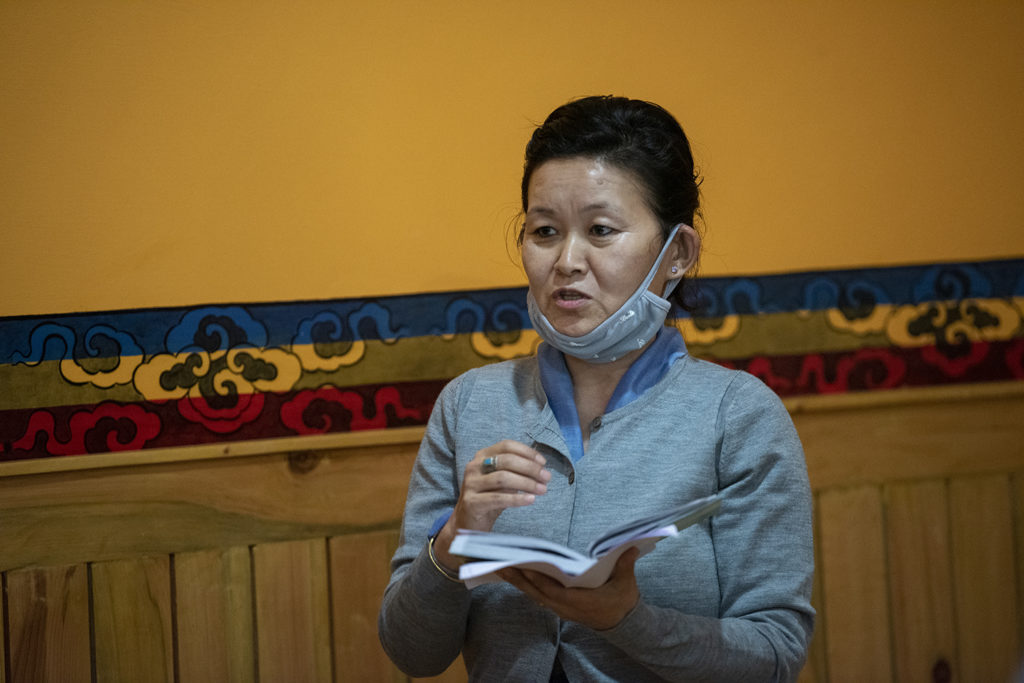 Recently, a total of 83 Tibetan students studying in Baroda were left stranded in the city after they have been asked by the college authority to vacate the hostel. DOE in coordination with Tibetan Settlement Officer, Sameyling Delhi were able to able to safely bring 29 students to Dehradun where they are lodged at Tibetan Home Foundation in Gohri Mafi.

Lastly, Mr. Kaydor Aukatsang, Chief Resilience Officer/SARD Director updated on the funding received from PRM and how the distribution of funding is allocated to facilitate Departments in their activities and further to aid the distressed Tibetans. 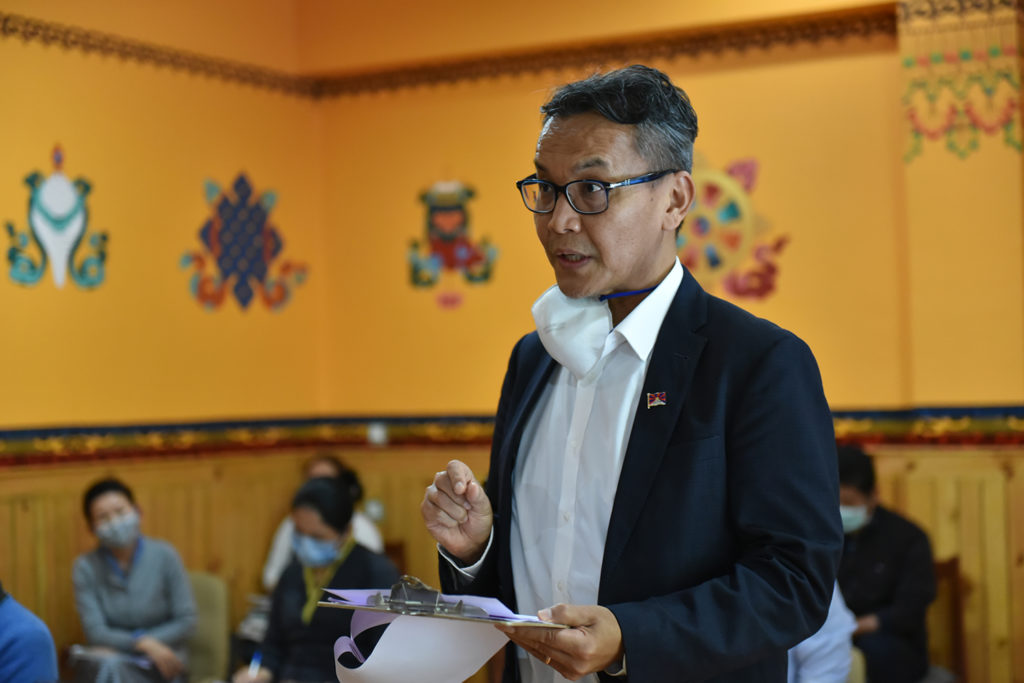