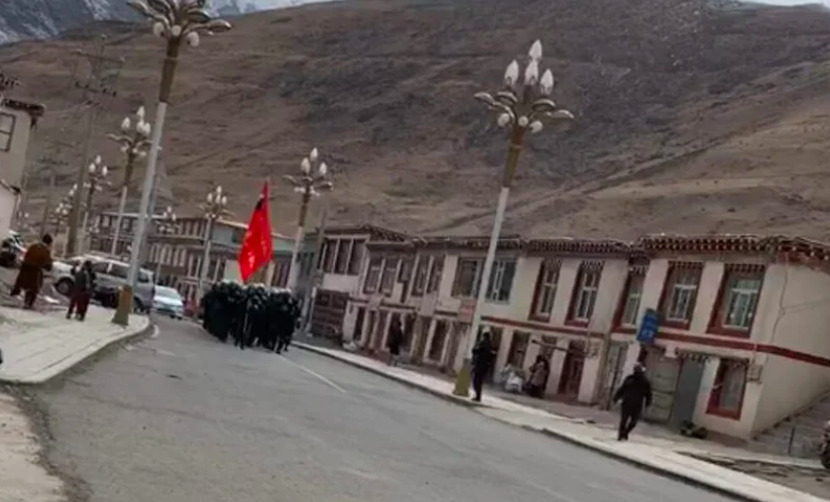 Dharamshala: In a continuing state crackdown by the Chinese authorities, 53 more Tibetans have been detained in addition to the 60 arrested Tibetans last week. These arrests were made in Dza Wonpo township in Kham Kardze’s (Ch: Ganzi) Sershul (Ch: Shiqu) county on charges of keeping pictures of His Holiness the Dalai Lama or contacting Tibetans living in exile. This brings the total number of Tibetans arrested and detained in Dza Wonpo to 113.

From 25 to 29 August 2021, police carried out various raids raiding houses of local Tibetans. According to our source, four Tibetans, including a monk, one woman, and two men are said to have been released on 31 August but locals believe that the remaining 50 will be detained for at least a month as the Chinese police fabricates charges against them.

Chinese police also made fresh regulations effective 31 August where they conducted daily interrogation sessions with 20 Dza Wonpo monks during which they were coerced into proving themselves loyal to the Chinese Communist Party. During the interrogation, the monks had to prove their innocence in activities deemed illegal by the Chinese government. They had to assure the police that they have never taken part in any political activities, nor made contacts with Tibetans living in exile, and will not do so in the future. Chinese authorities have appointed two people from the Dza Wonpo Monastery’s Monastic Management Committee to administer the regulation, monitoring movement and activities of the monks.

Monitoring and surveillance of the residents remains high in Dza Wonpo where police are conducting house-to-house inspections regularly.

-Filed by the UN, EU, and Human Rights Desk, DIIR