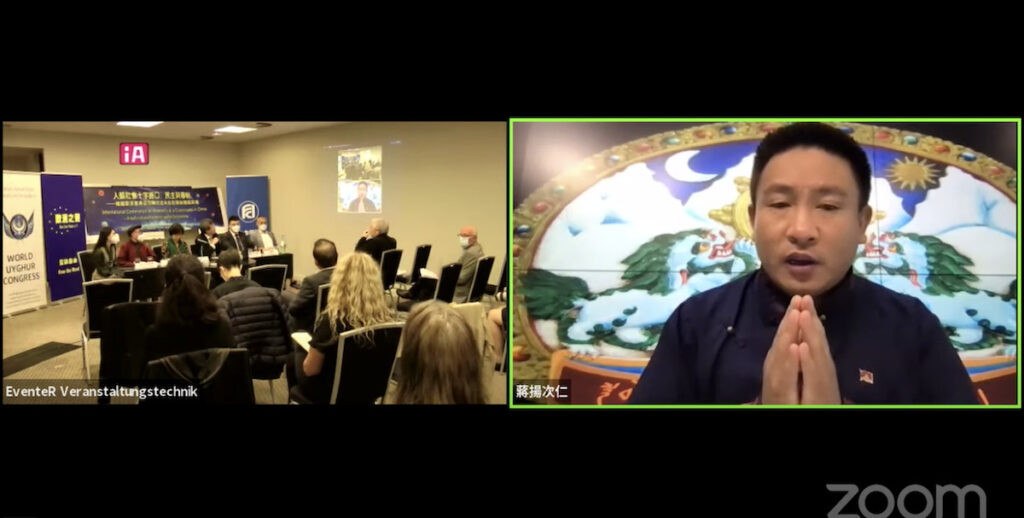 Dharamshala: A German-based Voice of Europe and the Federation for a Democratic China jointly organised a virtual conference titled “Humanity at a Crossroads in China—A multi-cultural Pushback against Dictatorship” today, 30 September, a day ahead of the founding anniversary of the People’s Republic of China.

Jayang Tsering, editor-in-chief of the official Chinese website of Central Tibetan Administration (CTA), was invited to attend the seminar along with representatives from East Turkestan, Southern Mongolia, Hong Kong and Taiwan.

Jayang Tsering, on behalf of the CTA, expressed firm support to the representatives speaking out against the repressive policy of the Chinese government and meanwhile conveyed CTA’s commitment to continue initiating Chinese outreach activities under the guidance of His Holiness the Dalai Lama and Sikyong Penpa Tsering.

The Ambassador of Taiwan to Germany, Prof. Hsieh Chih-Wei, emphasized the insistence of the people of Taiwan, Tibet, East Turkestan, Southern Mongolia, Hong Kong and Mainland China on freedom, democracy and human rights. He also called for the unity of all communities oppressed by the Chinese Communist Party and urged them to fight against the dictatorship of the Chinese Communist Party.

Afterwards, Kuerban Haiyuer (Berlin representative of the World Uyghur Congress), Mr. Xi Haiming (President of the People’s Party of Inner Mongolia, Köln), Tenzyn Zöchbauer (Executive Director of the Tibet Initiative, Berlin), and Wang Gouxing (Board of Director, Federation for a Democratic China,Hague) delivered their speeches. They shared their views on human rights violations by the Chinese Communist Party highlighting the elimination of the culture and language of the minority groups under its rule, the destruction of the environment, and the suppression of human rights activists.

On the day of the 72nd anniversary of PRC, i.e on 1 October, the organisers decided to hold a demonstration and protest in front of the Chinese Embassy in Germany. It was also informed that about ten German-based human rights organizations will also participate in protest. 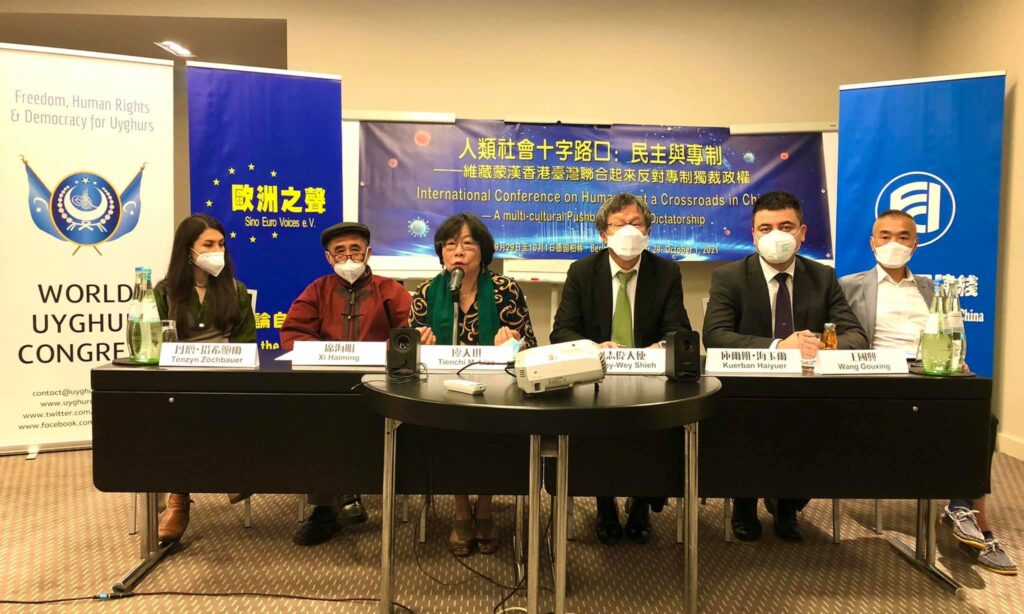 International Conference on “Humanity at a Crossroads in China—A multi-cultural Pushback against Dictatorship”.