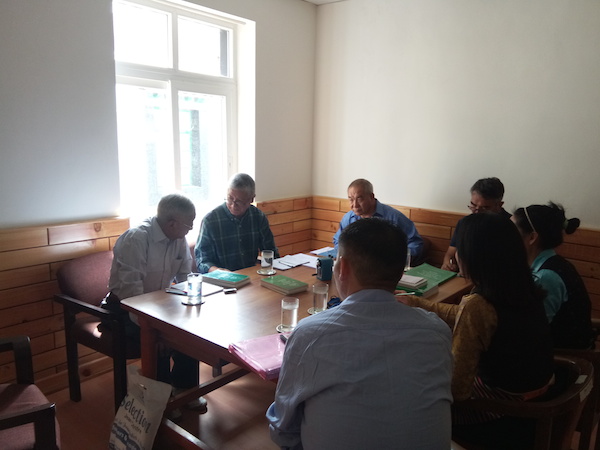 Chief Justice Commissioner Kargyu Dhondup at the inaugural of the review meeting of Tibetan laws on 18 June 2018.

DHARAMSHALA: A five-member committee formed by the Tibetan Supreme Justice Commission has begun reviewing the rules of the Tibetan statute, law of public prosecution, and the law of evidence that governs the proof of facts in a legal proceeding from today. The committee was established on 18 June and will review the laws till 17 August 2018 over a period of 45 days.

At the inaugural session of the review meeting today, the Chief Justice Commissioner spoke about the objectives of forming this review committee and gave instructions on the systems of reviewing the laws. 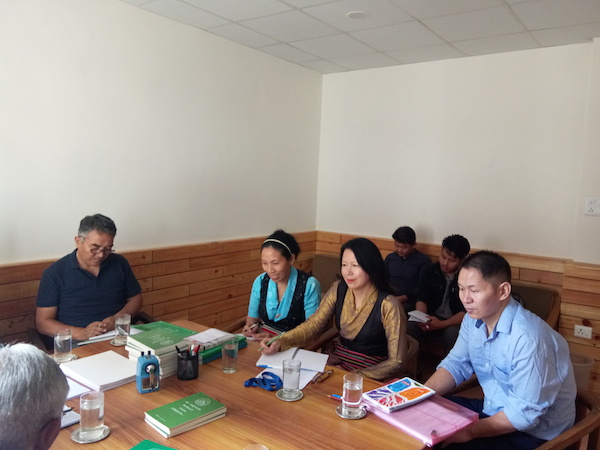 The review meeting in progress.