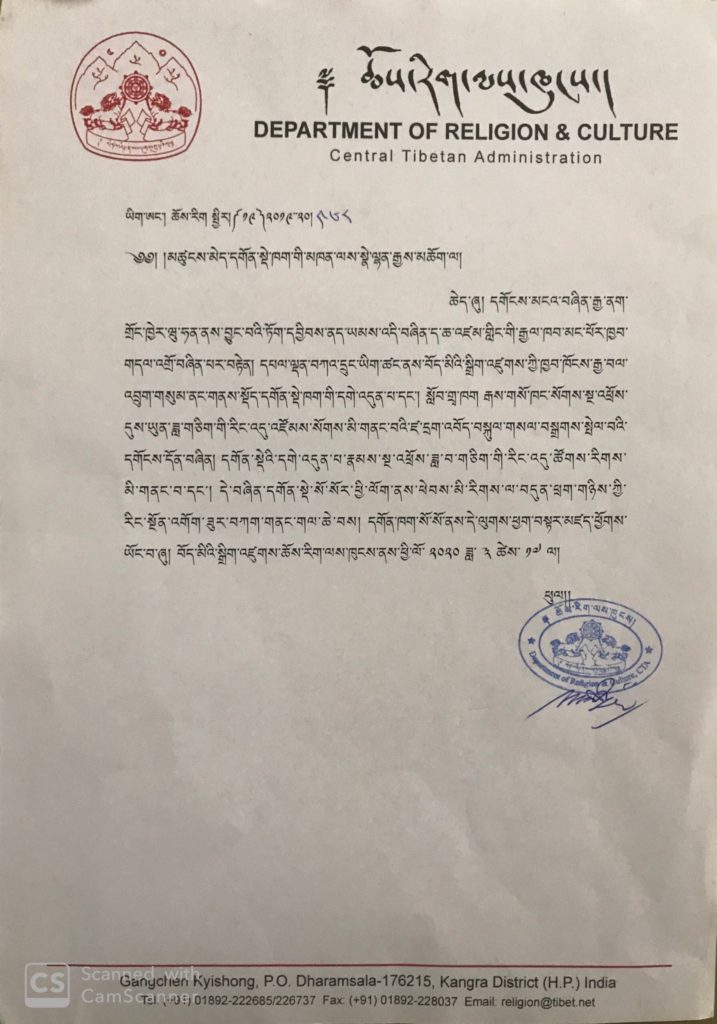 The original circular issued by the Department of Religion and Culture, CTA on 17 March 2020.

The original circular issued by the Department, concerning precautionary measures against coronavirus, stated China’s Wuhan city as the origin of the outbreak. [Read the clarification in Tibetan below]

As more of such hoaxes and disinformation spread online, we urge everyone to practise caution and refrain from forwarding such disinformation.

The novel coronavirus was first reported to the World Health Organization in December last year, after emerging in the central city of Wuhan. In the following months, it has spread rapidly across the rest of the world, presenting a global public health crisis.

The virus, which is now a pandemic, has infected at least 179,111 people across the world and killed atleast 7,426, according to the latest WHO count.