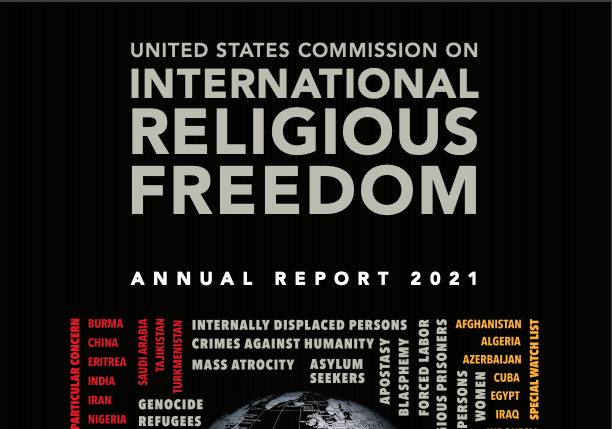 The report referred to Tibet where it states the restrictions put in place on various religious activities including banning Tibetan students and government workers from participating in traditional religious gatherings and punishing those who listen to the teachings of His Holiness the Dalai Lama or possessing his portrait.

It mentions the policy to “sinicize” Tibetan Buddhism as emphasized by the Chinese Communist Party’s General Secretary Xi Jinping during the Seventh Tibet Work Forum held in August 2020. It also refers to the CCP’s tightening of restrictions on the monasteries and temples, including Yarchen Gar in Sichuan Province – where it locked out worshippers from entering these sites.

Some of the key findings of the report:

No recommendations on the Panchen Lama’s enforced disappearance

The report, however, overlooked the enforced disappearance case of Tibet’s 11th Panchen Lama Gedhun Choekyi Nyima. The Chinese government abducted the Panchen Lama, who is one of the highest religious leaders of Tibet when he was only 6 years old in 1995. Since then the Chinese government has held him in secret detention, along with his family and Chadrel Rinpoche who headed the search committee to identify reincarnation. In two days the Tibetan communities and supporters across the world will mark Panchen Gedhun Choekyi Nyima’s 32nd birthday on 25 April. Next month, on 17 May, it’ll be the 26th year of his enforced disappearance.

The full USCIRF report can be viewed here.