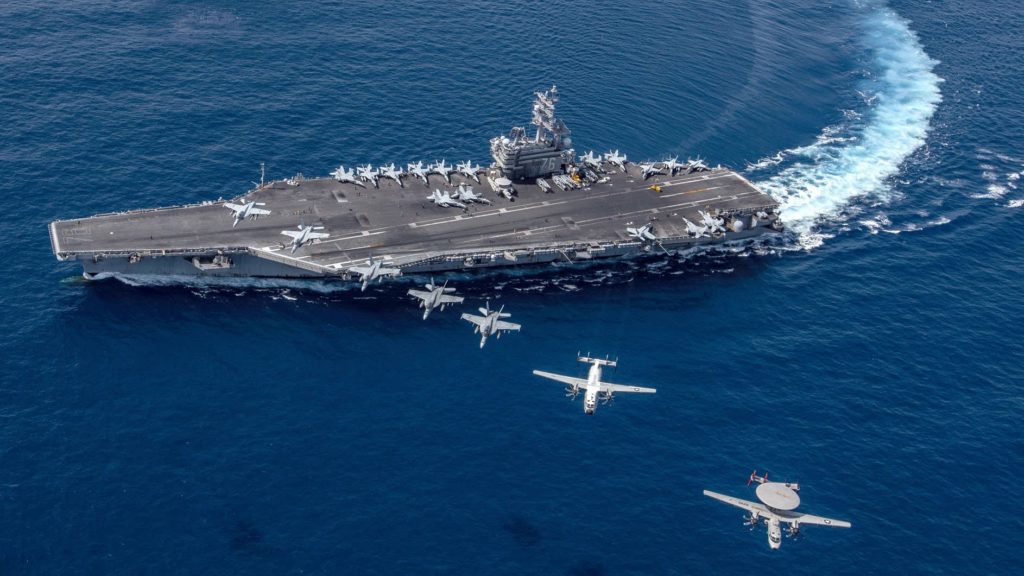 The USS Ronald Reagan aircraft carrier, seen here in the South China Sea in October, has made multiple port calls in Hong Kong over the years. (Photo courtesy of the U.S. Navy)

BEIJING — China suspended visits by U.S. military vessels and aircraft to Hong Kong on Monday and hinted at further retaliatory steps against American legislation supporting anti-government protesters in the city.

She alluded to the possibility of further measures to “safeguard stability and prosperity in Hong Kong and China’s sovereignty.”

Though Beijing refrained from tying the matter to the sensitive topic of trade, its response appears aimed at linking the U.S. to the city’s recent turmoil in the minds of the Chinese populace.

In warmer times, American craft have stopped in for servicing and other purposes. In November 2018, China let the USS Ronald Reagan-led carrier group visit the port city ahead of meetings between Trump and Chinese President Xi Jinping the next month, likely aiming to avoid fueling further tension and impacting trade talks.

But U.S. aircraft carrier groups were barred from entering in April 2016 as the American navy patrolled the South China Sea, as well as in 2007, when bilateral tensions flared over issues related to Tibet and Taiwan.

As being unable to visit Hong Kong is unlikely to hamper U.S. naval operations, the ban is viewed as a chiefly political move. Its significance appears to lie in China’s decision to broadcast the action, unlike many past instances when Beijing quietly refused such visits.

With uncertainty hanging over bilateral trade negotiations, China may use the latest measure as a card to play in future talks, depending on how the U.S. responds.

Hua alleged that nongovernmental organizations including the National Endowment for Democracy, Freedom House and Human Rights Watch interfered with matters in Hong Kong, but did not disclose what the sanctions against the bodies would entail.