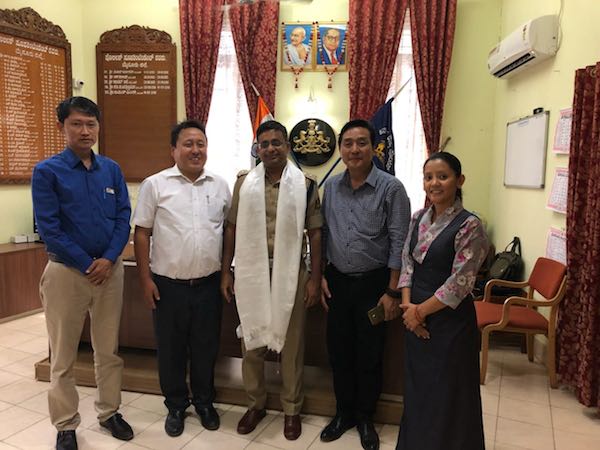 The Chief Representative of Southern Tibetan settlements along with the settlement officers of Lugsum, TDL and Rabgyeling with the new SP of Mysore District.

During the meeting, the new Superintendent of Police promised to visit the Tibetan settlements to meet the residents and ascertain the ground situation in the Tibetan community once the rush of the upcoming state elections conclude.