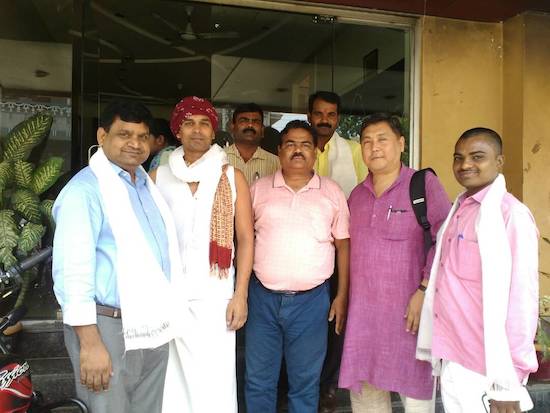 Mr Jigme Tsultrim, Coordinator of ITCO with members of BTSM.

The meeting was organised to understand the importance of this region keeping in view from its Buddhist historical significance – Kushinagar, close to Nepal, where Buddha attained Nirvana. Dr. Sanjay Shukla, Chief, Bharat Tibbat Sahyog Manch, Uttar Pradesh Provincial chapter, had successfully organized series of events in Lucknow upon issue of Tibet during which it was also discussed that such programs will also be carried out at other areas including Gorakphur, Deoria, Kasya, Gopalganj, Maharajganj and Kushinagar.

Co-ordinator, said that in present world geo-political scenario and globalization, Tibet’s freedom is an inevitable issue to secure Indian national security. Resolving Tibet issue will give peaceful rise to both the Asian giants in their struggle to be the next super power. He further said that Tibetans as well as the Indian people should work together in this noble cause to secure freedom for Tibet and also safeguard the national security of the great Indian subcontinent. He emphasized upon the need of educating the Indian youth about the significance of Tibet’s relation with India and threat from China’s expansionist ideology.

In the meeting, it was decided not only to organize events and talks on special occasions but also to invite President, Mr.Lobsang Sangay to visit Kushinagar in the month of October at a function which will be organized at Buddha Post Graduate College and Intermediate Medical College at Kushinagar. The coordinator was also brought to visit Gorakhdham Temple of Gorakhpur from where Uttar Pradesh Chief Minister Yogi Adiyanath hails from.

In addition to this, BTSM members discuss in detail about organizing programs on 6th July 2017, the 82nd Birthday of His Holiness the Dalai Lama in the region. During this visit, on 26th June 2017, a meeting with Press was also organized at Tibetan Namgyal Monastery, Kushinagar where local print media representatives including Dainik Jagran and Dainik Bhaskar and others participated. It was a matter of co-incidence that during the visit of Coordinator to this region, news of Chinese armies skirmishes with Indian armies at Sikkim border made the headlines in Indian national media particularly in northern region. Local media, therefore, was more concerned about the plight of Tibetans inside Tibet under Chinese unlawful practices which they wish to highlight more in relevance to Chinese Communist draconian approach. 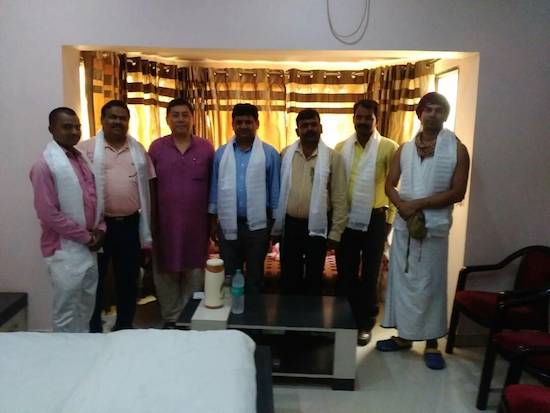