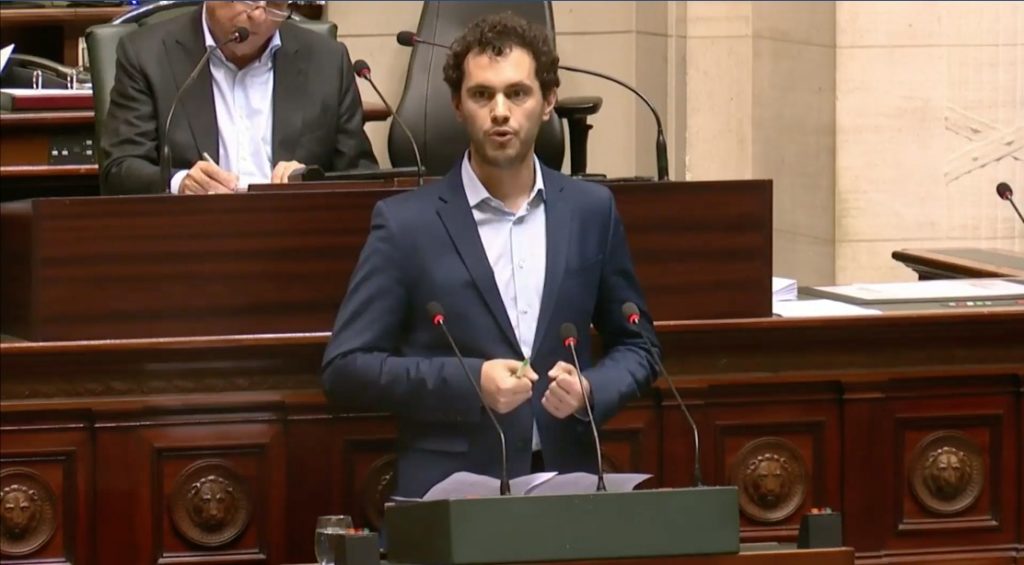 Brussels: On April 8, Mr Samuel Cogolati, member of Belgian Federal Parliament asked the Belgian Minister of Foreign Minister and Defense on the continued disappearance of Gedhun Choekyi Nyima, the 11th Panchen Lama and to state the stand of Belgium.

The question was raised when he issued a statement in which he urged the Minister to call upon China to release Panchen Lama without any conditions.

On April 25 Belgian Foreign Minister Mr Philippe Goffin answered MP Cogolati’s question in which the Minister shared the concern over the human rights situation Tibet and on the enforced disappearance of Gedhun Choekyi Nyima for 25 years.

The reply also stated that it was up to the Tibetan religious community itself to designate the Panchen Lama, without interference from the political authorities. This position is a reiteration of Belgium’s stand in the earlier question to the Minister on the issue of reincarnation the Dalai Lama.

The Minister’s reply went further to recall various ways in which Belgium has, bilaterally and multilaterally, raised the issue of Tibet with China. Mr Goffin assured Mr Cogolati, “I will continue to monitor the human rights situation in Tibet closely. Belgium will also continue to contribute constructively to a coordinated EU position.”

The various statements emanating on the issue of the Panchen Lama are the results of the lobbying efforts of Office of Tibet, Brussels. Last week 32 MEPs also sent a letter to the EU Foreign Affairs chief.

For a complete record of the Belgian Minister’s response, we reproduce in full the text below:

“I share your concern regarding the human rights situation in Tibet, in particular the right of Tibetans to freedom of religion or belief, as well as the enforced disappearance of Gedhun Choekyi Nyima 25 years ago.

It is up to the Tibetan religious community itself to designate the Panchen Lama, without interference from the political authorities.

As you know, Belgium regularly addresses the human rights situation in Tibet with the Chinese government, both through bilateral contacts and at the multilateral level. For example, our country intervened during the Universal Periodic Review (UPR) on China in late 2018.

Belgium questioned China on its intentions to respond to the concerns expressed by the United Nations concerning the treatment of ethno-religious minorities in Tibet and also asked it to issue a standing invitation to the special procedures as well as to respond positively to the requests, still pending, special rapporteurs to visit the country.

This applies, inter alia, to the Special Rapporteur on freedom of religion or belief and the working group on Enforced Disappearances.

Human rights are also one of the most important pillars in EU-China relations. The EU regularly expresses concerns about restrictions on freedom of religion or belief and calls on China to respect the rights of ethno-religious minorities, especially in Xinjiang and Tibet. This is done bilaterally, within the framework of the EU-China dialogue on human rights, and also within the framework of the Human Rights Council and the third committee of the United Nations General Assembly.

I can assure you that I will continue to monitor the human rights situation in Tibet closely. Belgium will also continue to contribute constructively to a coordinated EU position.”