JIUHUANG FIRST VILLAGE, China — Police don’t travel far to monitor the goings-on at the Gami Temple at the edge of the Tibetan plateau. The police station sits inside the monastery, just outside the gates to the main prayer hall.

Smothering security has become a fact of life in China’s Tibetan areas, from police stationed around monasteries to document checks at roadblocks. The heavy policing is driving some to radical acts to protest Chinese rule.

Most dramatically, at least 21 Tibetans have set themselves on fire over the past year. The immolations have set off a cycle of further repression that in turn has touched off large-scale protests in recent weeks. Some turned into deadly clashes between protesters and police.

Intense security is one reason Tibet’s exiled government in India called on Tibetans this year to shun celebrations for their traditional new year, which started Wednesday. Instead, Tibetans are urged to pray for those living under Chinese rule.

“The threats and Chinese policies and Chinese military in Tibet are becoming more abusive,” said Kanyag Tsering, a monk who left China 13 years ago for exile in India. He has become a channel for information from his home, Aba, a corner of Sichuan province where many of the immolations have occurred and which roadblocks and squads of riot and paramilitary police have effectively sealed off to foreigners.

One of the latest to self-immolate was an 18-year-old Buddhist monk in Aba whom Kanyag Tsering and another exiled monk said shouted blessings to their exiled leader, the Dalai Lama, and “Freedom for Tibet” when he lit himself on fire on Sunday.

In Lhasa, the capital of Chinese-controlled Tibet, fears ran high in recent days with a bigger police presence and officials calling on individual Tibetan homes, said the International Campaign for Tibet. Hundreds of Tibetans returning home were detained after attending teachings by the Dalai Lama in India, adding to anxieties, the Washington-based lobbying group said.

Photos of Lhasa dated Saturday and posted Tuesday on the blog of Tibetan writer Woeser showed columns of marching troops, an armored personnel carrier and police checking passengers on a bus.

“The continuing attack on the Dalai Lama and separatist troublemakers, greater surveillance of monasteries and nunneries, heavy military and security presence – all these mean that China is prepared to rule Tibetans through force,” said Dibyesh Anand of the University of Westminster in London. That determination, he said, is radicalizing Tibetans.

Behind the distress lies a fear that the Tibetan identity, so tied to their faith, is under threat. After more than a half-century of at times heavy-handed Chinese rule, Beijing is accelerating a policy of religious control, repression and economic inducements.

The program, affirmed at a top-level meeting in 2010, aims to extinguish Tibetans’ devotion to the Dalai Lama through forced denunciations, to deter protests through heavy policing and to raise living standards by pumping in investment that has brought double-digit growth rates but also Chinese migrants.

Monasteries, which for Tibetans are akin to universities, have become occupied ground, with police and officials moving in alongside monks.

At the Gami monastery complex, which hugs a wind-lashed hillside of pine at 10,500-feet (3,100-meters), police watched earlier this month as monks dressed in demon masks and colorful robes performed a purification dance for the new year before an audience of mostly well-dressed, older farmers and herders. When thousands of Tibetans circled a sacred mountain behind the temple in another new year ritual, police watched the paths.

Checkpoints dot the roads, though the area is 300 miles (500 kilometers) to the northeast of the recent troubles. The temple itself does not belong to one of Tibetan Buddhism’s main schools, but is Bon, a pre-Buddhist sect, and the area has not had a history of large-scale demonstrations in recent decades.

Security weeds out foreign journalists, who were followed on a recent visit by uniformed and plainclothes security and ordered not to report in the area. But it’s also directed at Tibetans.

Monks in particular are being closely scrutinized and need to produce identification and sometimes letters of explanation to travel outside the immediate environs of their monasteries, according to people in Sichuan and overseas Tibet groups.

Kanyag Tsering decided to flee Kirti, Aba’s most prominent monastery in 1998, when the first denunciation campaigns hit. This year, he said, several hundred political instructors and other officials moved into Kirti “to monitor everything that is going on” during an important festival. The number of monks, he said, has fallen to around 2,000, from more than 2,500.

Heavier security and tighter religious controls have seemed to fueled protests, rather than quell them. Robbie Barnett, a Tibet expert at Columbia University, said that security spending in Tibetan areas of Sichuan began soaring above that in non-Tibetan areas in 2006 and reached four times the average by 2009. Yet in 2008, the largest uprising against Chinese rule in 50 years occurred. Swarms of security came to the region and never left.

“Roughly speaking, China now seems to be facing increasingly cohesive discontent across an area twice the size of that it faced 10 or 15 years ago,” said Barnett.

Despite attempts by authorities to stifle information, including shutting some communities’ phone and Internet service, the immolators have become heroes. Accounts and snippets of their acts, usually captured by mobile phones, have circulated by Internet, instant messaging, homemade DVDs, foreign shortwave radio broadcasts and even posters.

Kanyag Tsering and other exiled activists said sometimes calls from public phones manage to get information of an immolation or a protest out quickly. More often, however, word seeps out days later, as people smuggle mobile phone images out of cordoned-off areas.

The government has signaled no intention of changing tacks. A senior official overseeing policy on Tibet, Vice Minister Zhu Weiqun of the United Front Department, called this month for full-throttle assimilation of minorities through migration, economic development and the spread of Mandarin.

“Our policy orientation should conform to this trend and deepen this trend so that it is irreversible,” Zhu wrote in the Study Times, the newspaper of the Communist Party’s top training academy. 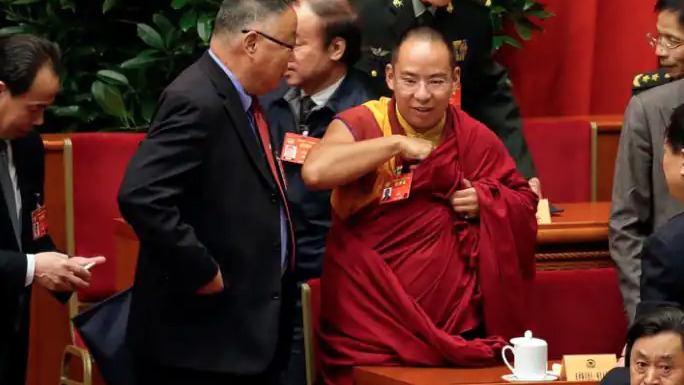