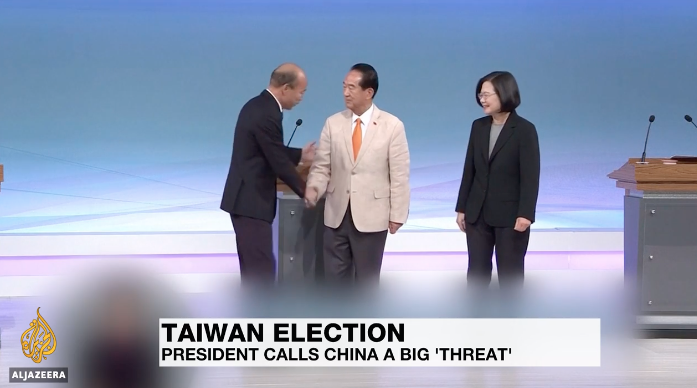 Taiwan’s presidential candidates have faced off in their final televised debate ahead of January’s election.

Cross-strait ties were the focus of the debate, with more nations cutting ties with Taiwan this year and switching their allegiances to Beijing. This leaves the self-governing island with just 15 diplomatic allies.

Tsai is using Hong Kong protests to bolster her case, while Han accuses Tsai of lying. The president says China is the biggest threat to the island’s sovereignty and democracy.