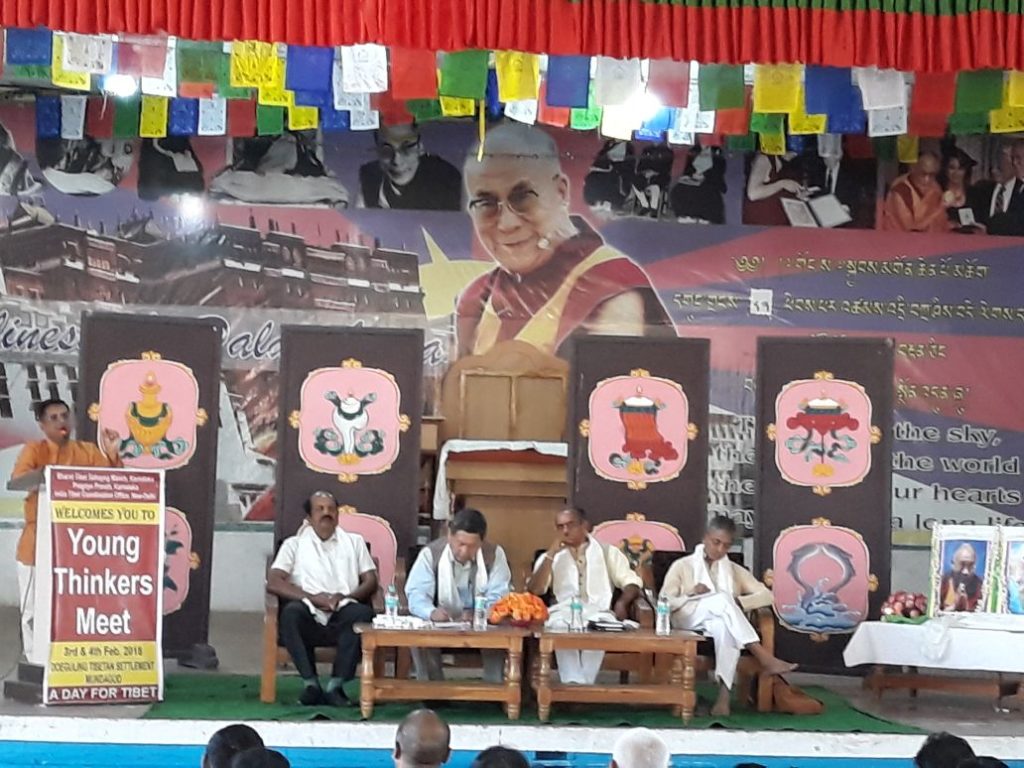 On this occasion, the first day of the program was organized as “A day for Tibet” in association with India Tibet Coordination Office.

The meeting was inaugurated by Shri J Nandkumar, National Convener of Pragyna Pravah and Shri Jigmey Tsultrim, Settlement Officer of Mundgod Tibetan Settlement. Shri Amruth Joshi, National Co-Convener of Core Group for Tibetan Cause and Shri B. M. Raikar State President of BTSM were also present on the occasion.

In his inaugural address Mr. Jigmey Tsultrim lauded the efforts of 19th Kushok Bakula Rinpoche in revival of Buddhism and spreading the rich knowledge of India throughout the world. He informs the participants about life plight of Tibetan struggle in Exile and Current critical situation inside Tibet. He expressed his earnest gratitude to the successive Government and People of India for their unwavering support to the just cause of Tibet and Tibetan people.

Shri J Nandkumar in his speech on Indian Intellectual Tradition said that we are lucky to meet here at Doeguling Settlement, The land of Modern Nalanada. He gave the call to the young Intellectuals to follow the ideals of Kushok Bakula Rinpoche of Spreading and Defending the Knowledge of India’s rich culture and tradition.

Many delegates presented their views and opinioned that Liberation of Tibet from the clutches of China should always be at centre stage of Indian geo political policy. The session also called for concentrated efforts at intellectual level for creating awareness on the issue of Tibet among Indian masses. The participants passed a resolution to organize the awareness programs in their respective towns and cities.

A cultural program was also organized showcasing the rich cultural heritage of Himalayan region. The delegates went on a guided tour of the settlement during which they had the blessings from 20th Bakula Rinpoche who is pursuing his religious studies here at the Drepung Monastery.

The local Tibetan NGO’s and the Administrators of various monasteries were also present in the whole day program.