‘A Day for Tibet’ held at Jharkhand Central University, Ranchi 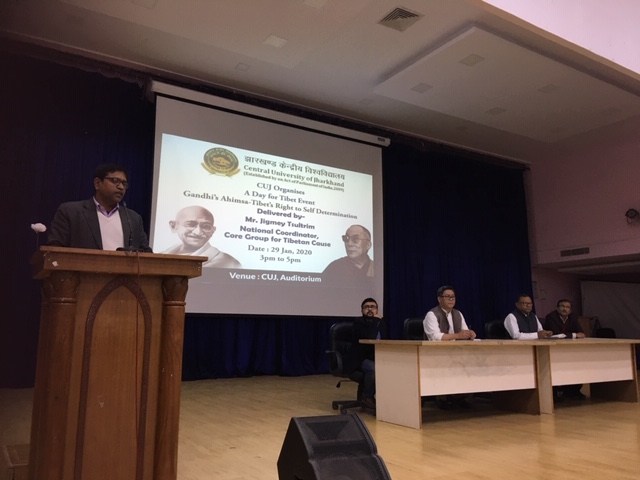 Ranchi: The joint effort of Jharkhand Central University and Regional Convener for Eastern Region II, Shri Sudesh Kumar Chandravanshi, supported by ITCO organized the first event on Tibet at Central University of Jharkhand, Ranchi. The state of Jharkhand, one of the three states that formed its statehood in the year 2000, has taken one step ahead in creating a course of Far Eastern Language under the faculty of School of Languages where along with Chinese and Korean, Tibetan is also being taught.

The physical establishment of Jharkhand Central University which is 26 km from the city of Ranchi, enveloped within 35 acres of land with rich greenery including Sal trees witnessed the event of ‘A Day for Tibet’ with the theme of “Gandhi’s Ahimsa – Tibet’s Right to Self Determination”.

The event was chaired by Prof. Ashok Sarkar, Head, Department of Management whereas Master of Ceremony was carried out by Dr Shivendra Prasad, Assistant Registrar, JCU.

In his opening remark, Sh. Sudesh Kumar highlighted the need for education and awareness about India and its relation with Tibet. Given the reasons for its significance, he put before the audience about various engagements that bring closer understanding between Indian and Tibetan communities.

Coordinator for ITCO presented the subject by relating to the interpretation of Nation-State theory. He underlined the different parameters that constitute the concept of one’s nation or state. In addition to this, he tried to put forward the non-parallel defining of suzerainty over sovereignty in case of Sino-Tibet relations.

He explained about the strategic importance of Tibet’s existence between India’s democratic value system and China’s communist expansionist policy. He reminded about past realities that have occurred in the lane of memories guttered with pain and miseries as a result of the Chinese invasion of Tibet. Towards the conclusion, he responded to some queries from students who wished to know more about the existence of Tibetan spirit and its importance.

Dr Ashok Sarkar thanked the participants for the patience and enthusiasm shown at the event by the faculty members as well as students despite the fact of a call for ‘Bharat Bandh’ by a segment of Indian community expressing anger against CAA. He expressed hope for the continuation of more of such discourses in future and further requested for a Tibetan cultural presentation that can be organized at JCU.

The event was attended by the students and faculty members of Journalism, Languages, Political Science, Management and International Relations. 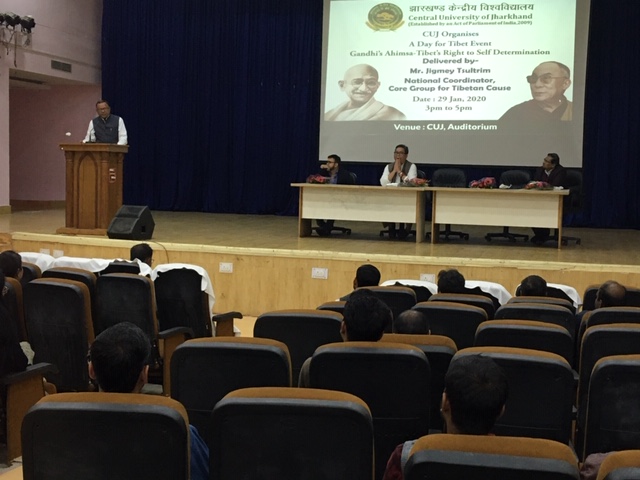 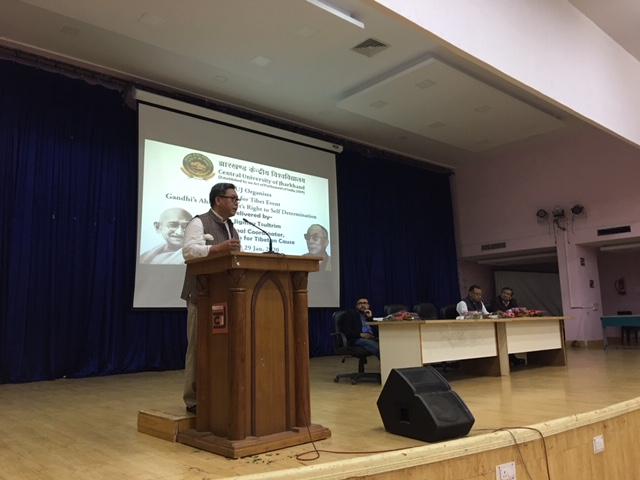 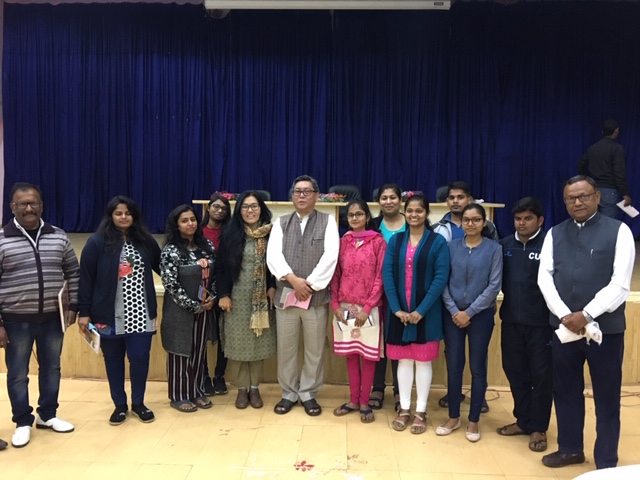 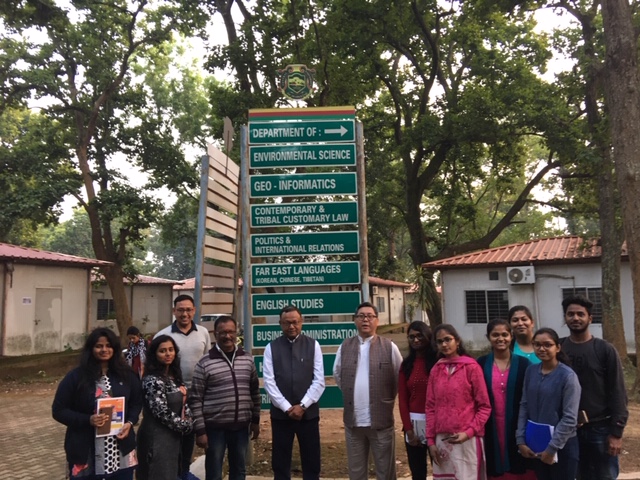 Students of Far East Language with Sign Boards at behind. Photo/ ITCO, Delhi 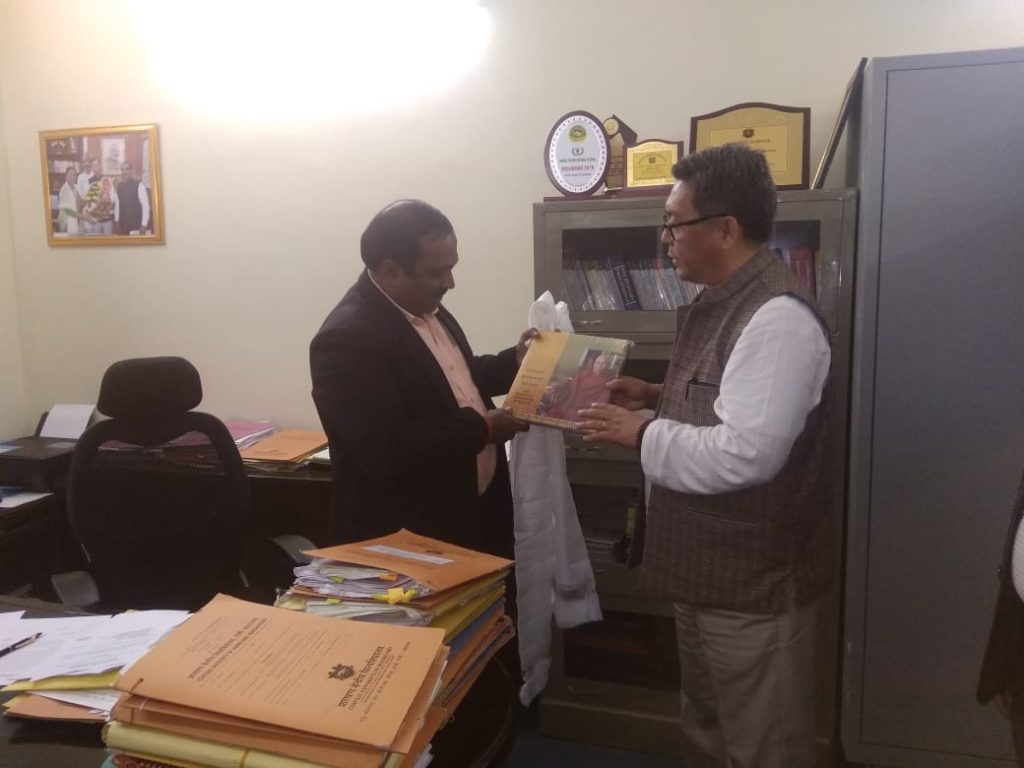