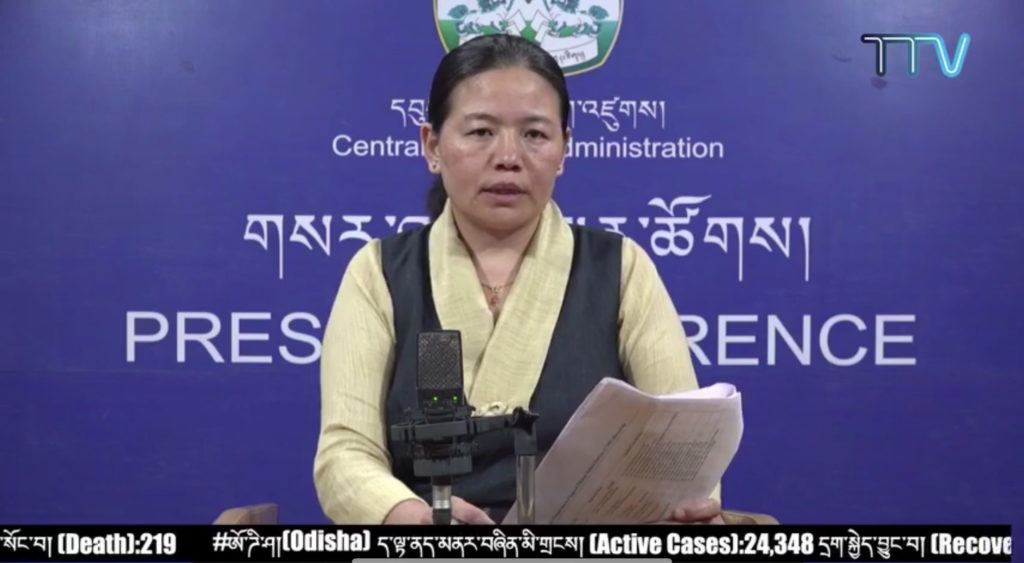 Dharamshala: As for this week’s status of COVID-19 in Tibetan communities in India and Nepal according to the Health department’s data committee, 41 fresh cases are reported and for the first time, a large number of cases are reported from Ladakh. At the routine 22nd taskforce briefing, Dr Tsamchoe updated the pandemic status, reviewed measures undertaken by the CTA and shared relevant guidance for public awareness.

As for the status in Ladakh, 32 elderlies at TCV OPH in Ladakh tested positive. The oldest among them is 98 yr-old man. The sources also confirmed an 84 yr-old man is in a serious medical condition and at present, he is receiving treatment at the Sonam Memorial Hospital.

Those confirmed cases were immediately quarantined under the care of a doctor and two health care personnel.

Health Kalon and the members of the Task Force committee are examining the situations every now and then through virtual contacts with the settlement officer in Ladakh. The administration assures its complete support and assistance. Additionally, Tibetans are urged to strictly avoid travelling unless absolutely necessary.

Deputy Secretary Namgyal Gendun of Department of Health briefed on the preventive measures and initiatives being implemented by the Department in particular reference to the Tibetan community in Nepal.

The COVID-19 pandemic has altered the world immeasurably and every nation is taking the bold steps in their capacity to prevent and stop the virus. The Tibetan community too since the onset of the outbreak has taken a series of measures to curb the spread of the virus. A special Task Force committee was set up by CTA to contain the COVID-19 spread in the Tibetan community.

A similar committee was also set up in Nepal under the leadership of the Coordinator’s Office for Tibetans in Nepal. In March, COVID-19 Nepal Tibetan Response Group (CNTRP) was formed with a view to promoting uniformity, effectiveness, and efficiency in prevention efforts. Since then the committee held over 22 virtual meetings with Health Kalon Choekyong Wangchuk every Wednesday up till now. Each settlement officer’s update on the tasks related to COVID 19 ranging from placing precautionary measures, public space sanitization, distribution of SORIG Immune boosters, and health screening, etc. during the meeting.

Deputy Secretary Namgyal informed that 19 Tibetans in Nepal are currently being quarantined at the facility and added that 1586 people have been distributed the SORIG immune booster.

The settlement wide disinfection drive is being carried out on a regular basis in addition to the mass distribution of masks, gloves, and PPE, etc.

Since people over 65 are more susceptible to the virus, the committee pays extra heed to the elderly at the OPH. In an effort to maintain a healthy environment for the elderly, caring for their mental well being besides physical health is among the priorities of the committee. Currently, there are 104 elderlies at the OPH in Nepal.

The committee also looks after the welfare of the destitute in the community and since the pandemic has distributed dry ration to over 140 people. For those above 65 and destitute, the committee has provided them living expenses worth 14000 NPR.

So far, no case has been reported from the Tibetan community in Nepal. 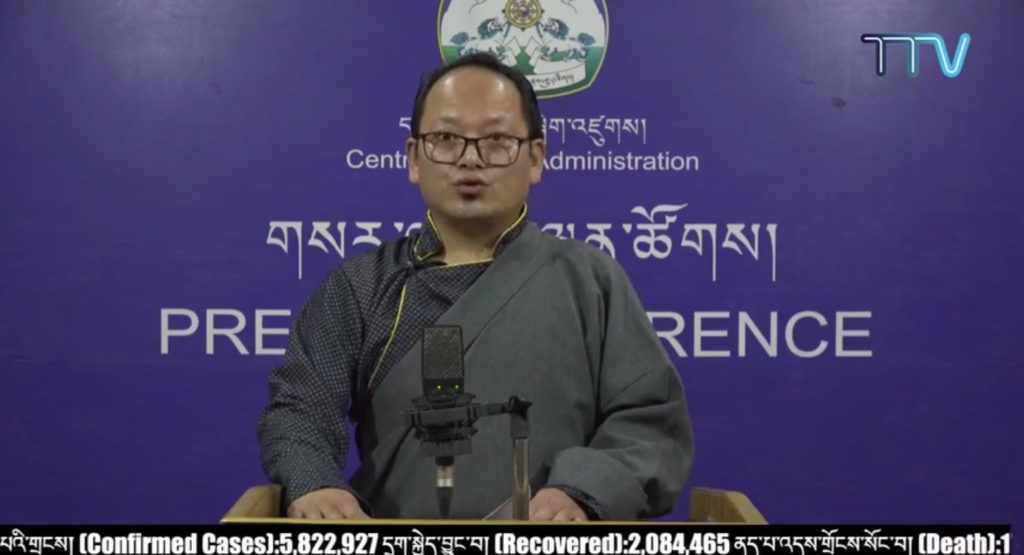 Namgyal Gendun, Deputy Secretary of the Dept. of Health updates on the initiatives taken in Nepal. Photo: Screengrab