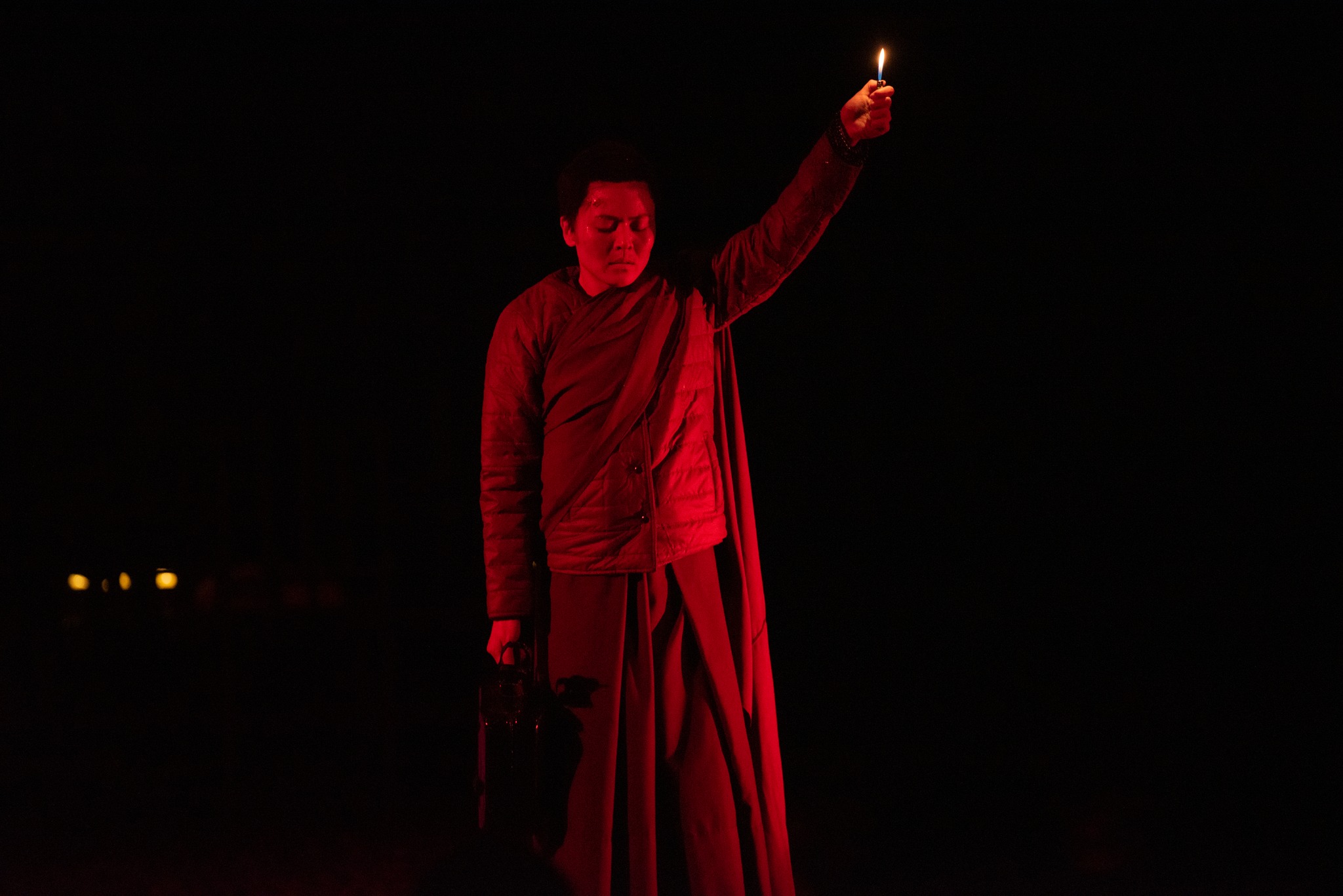 Dharamshala: The world premiere of the Tibetan theatre production ‘Pah-lak’ in Tibetan language, casting Tibetan artists, was performed at the auditorium of Tibetan Institute of Performing Arts (TIPA) in the evening of 1 October 2022.

TIPA’s director Dhondup Tsering gave an introductory remarks on the play while apprising the gathering about theatrical performance being an important facet of the institute besides traditional Tibetan dance and music.

Lauding the dedicated efforts of every involved contributors of the project, the chief guest said, “I have come to terms with the fact that despite the inhuman brutality and atrocity perpetrated by the authoritarian Chinese communist regime, Tibetans inside Tibet have retained compassion, tolerance, and non-violence”.

She commended Abhishek Majumdar for having clearly depicted the essence of Tibetan way of living and Tibetan culture.

The writer and director of the play were also conferred with mementoes as a mark of appreciation for presenting the reverberated incidents happening inside Tibet to the world audience followed by a vote of thanks from the Lhakpa Tsering.

The play depicting a story of Tibetan nun opting self-immolation as a non-violent mean to fight for her freedom under the Chinese Communist Party’s repressive policy of re-educating Tibetan dissidents was performed multiple times at Royal Court Theatre in London by non-Tibetan artists in its original english version. At the behest of writer Abhishek Majumdar, the play was later translated into Tibetan for casting Tibetan artists by the director of Tibetan theatre Lhakpa Tsering’s tireless effort and German theatre artist Harry Fuhrmann’s voluntary support.

The team consisting directors, artists, and crew members will present the play at various Tibetan settlements in India with its 50 percent expenditure contributions from the Central Tibetan Administration. The production was also funded by Tibet Initiative Deutschland, Schwetzinger Tibethilfe E. V, International Campaign for Tibet, Deutsche Tibethilfe e. V. German Aid to Tibetans, and Save Tibet for materialisation of this project. 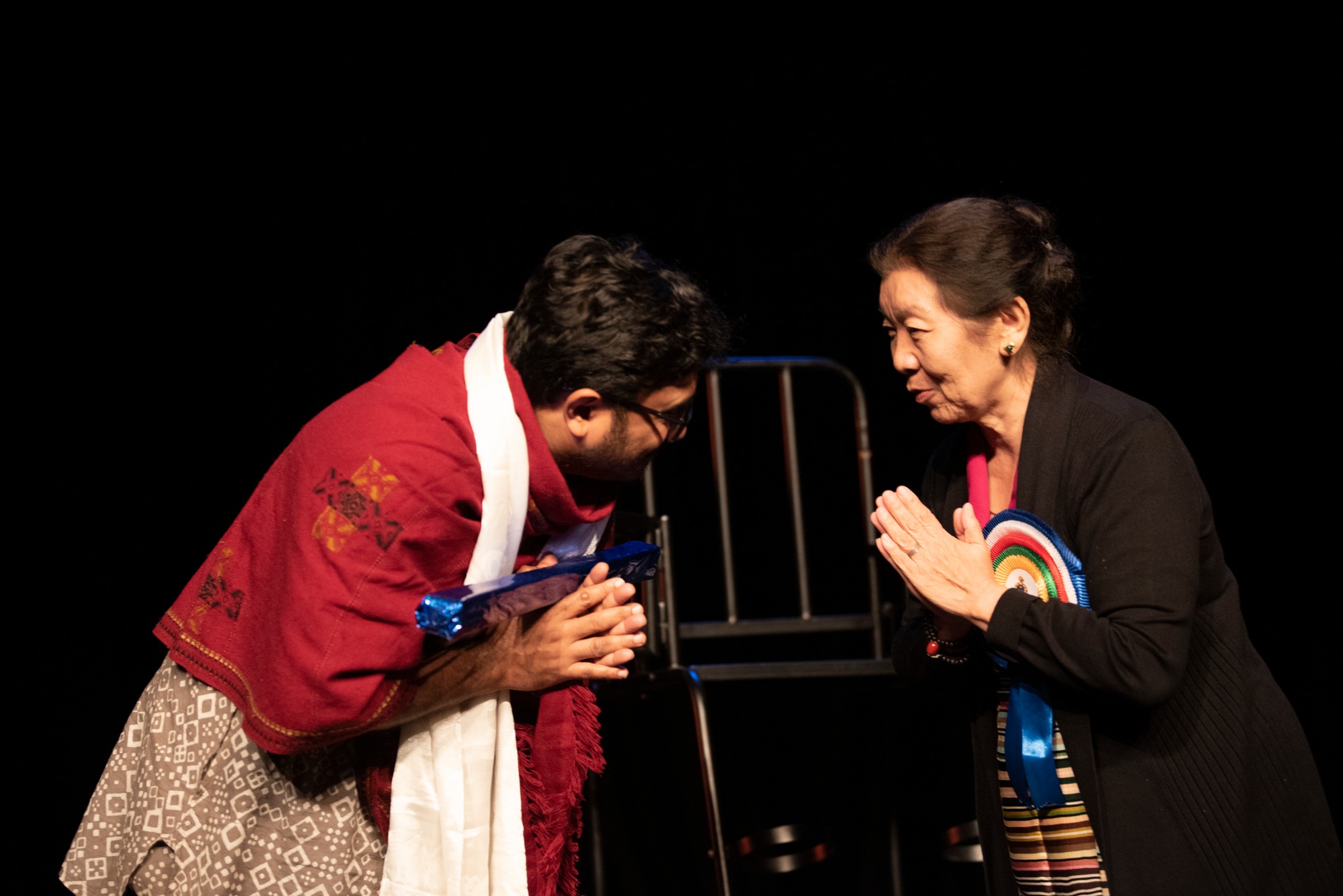 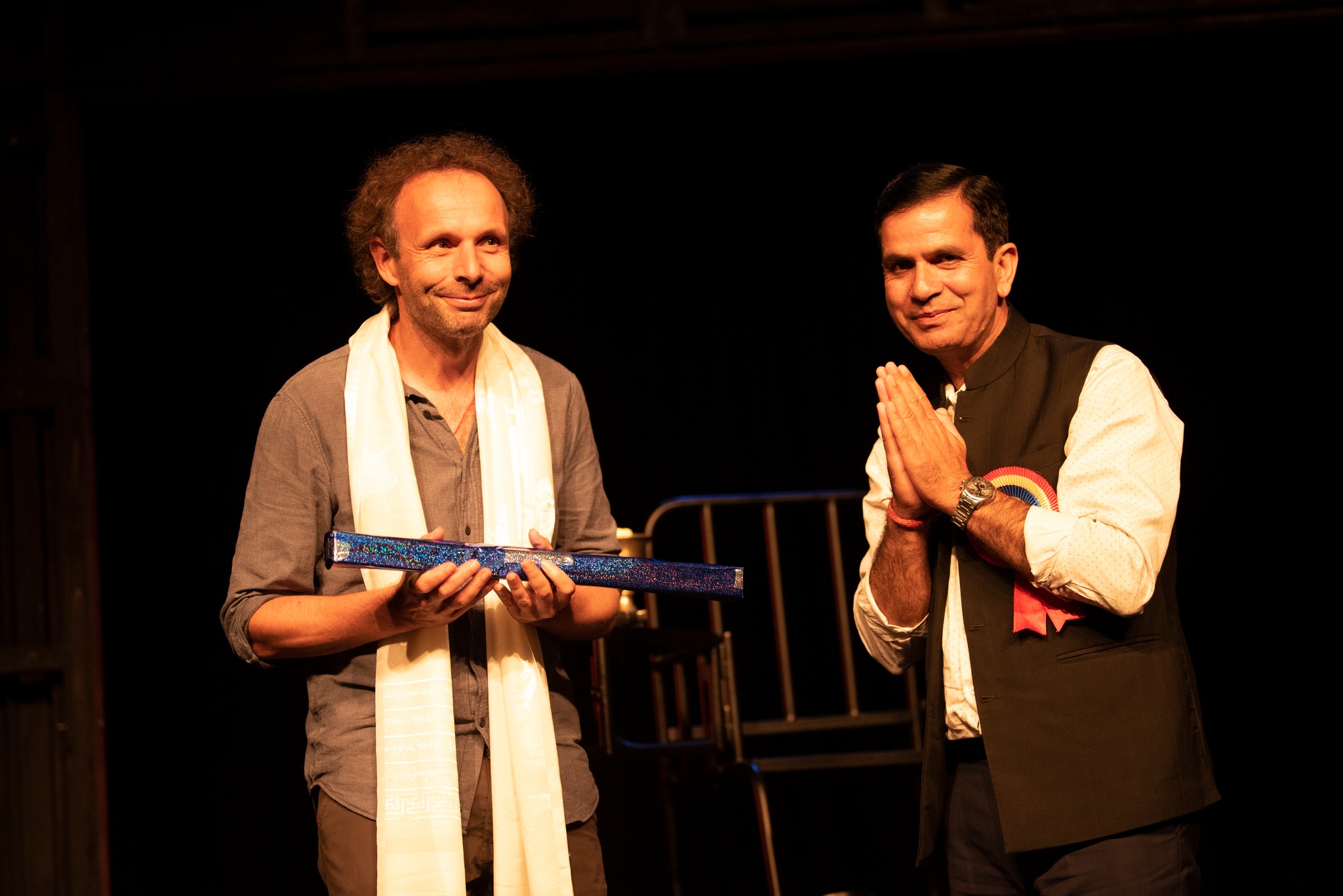 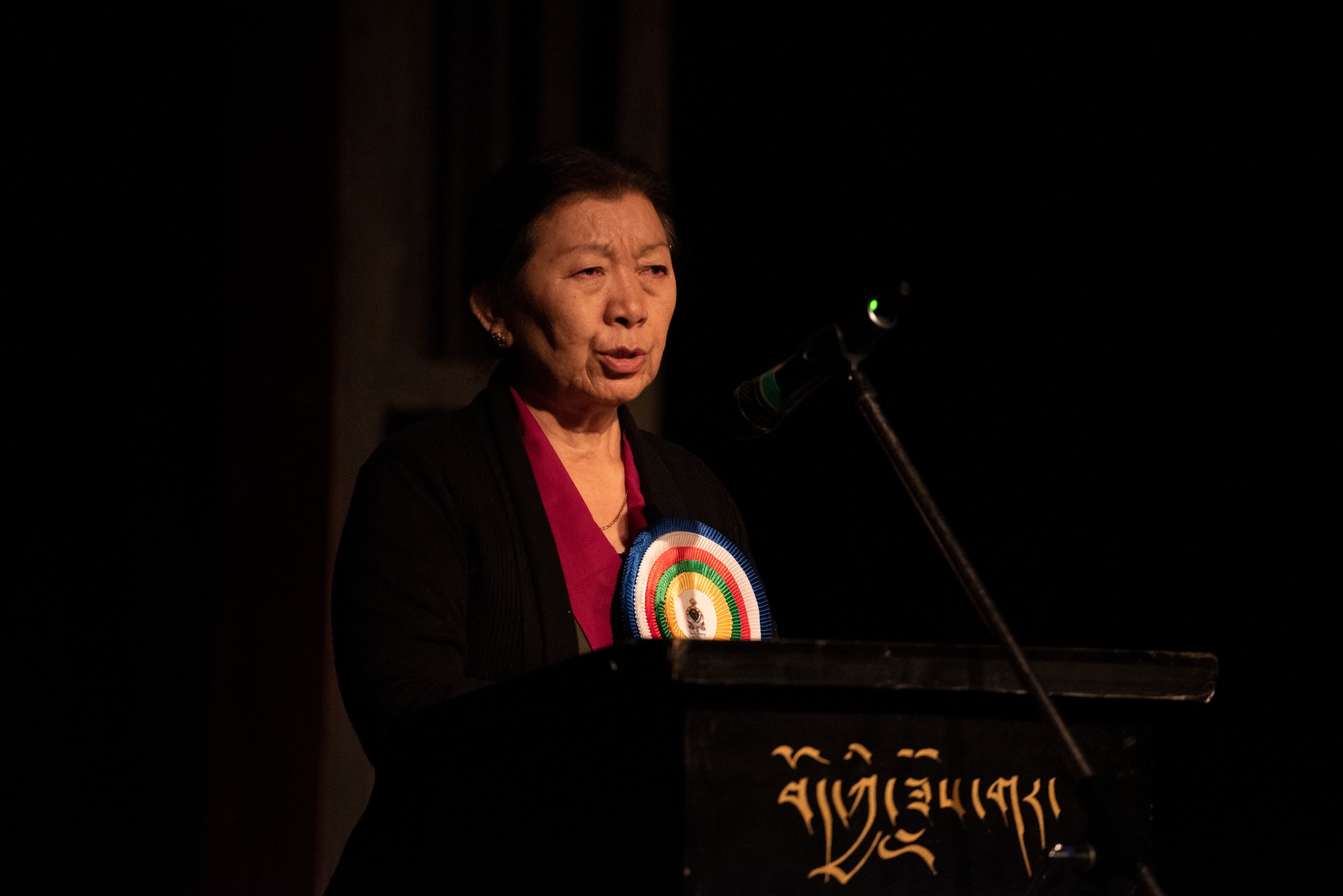 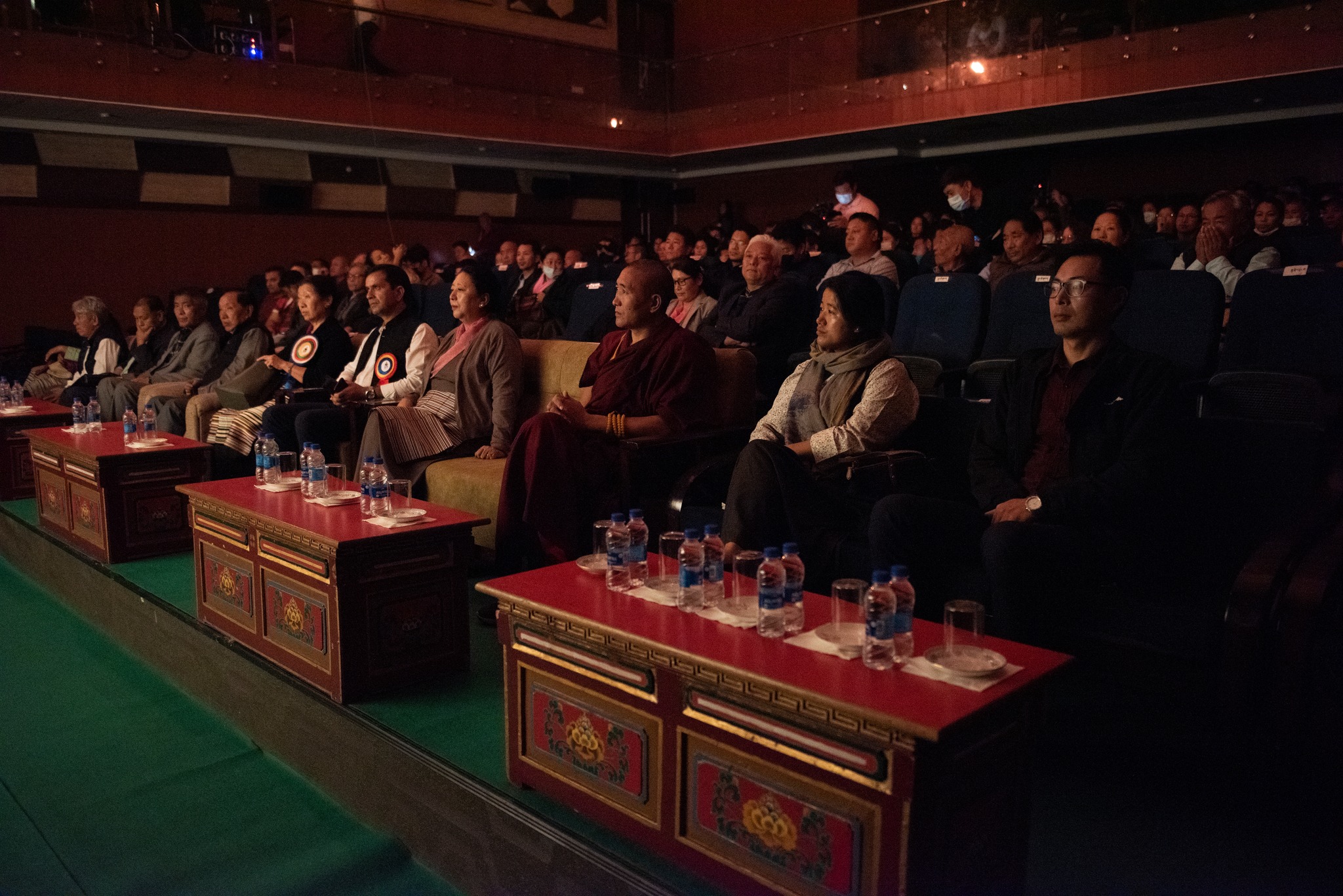 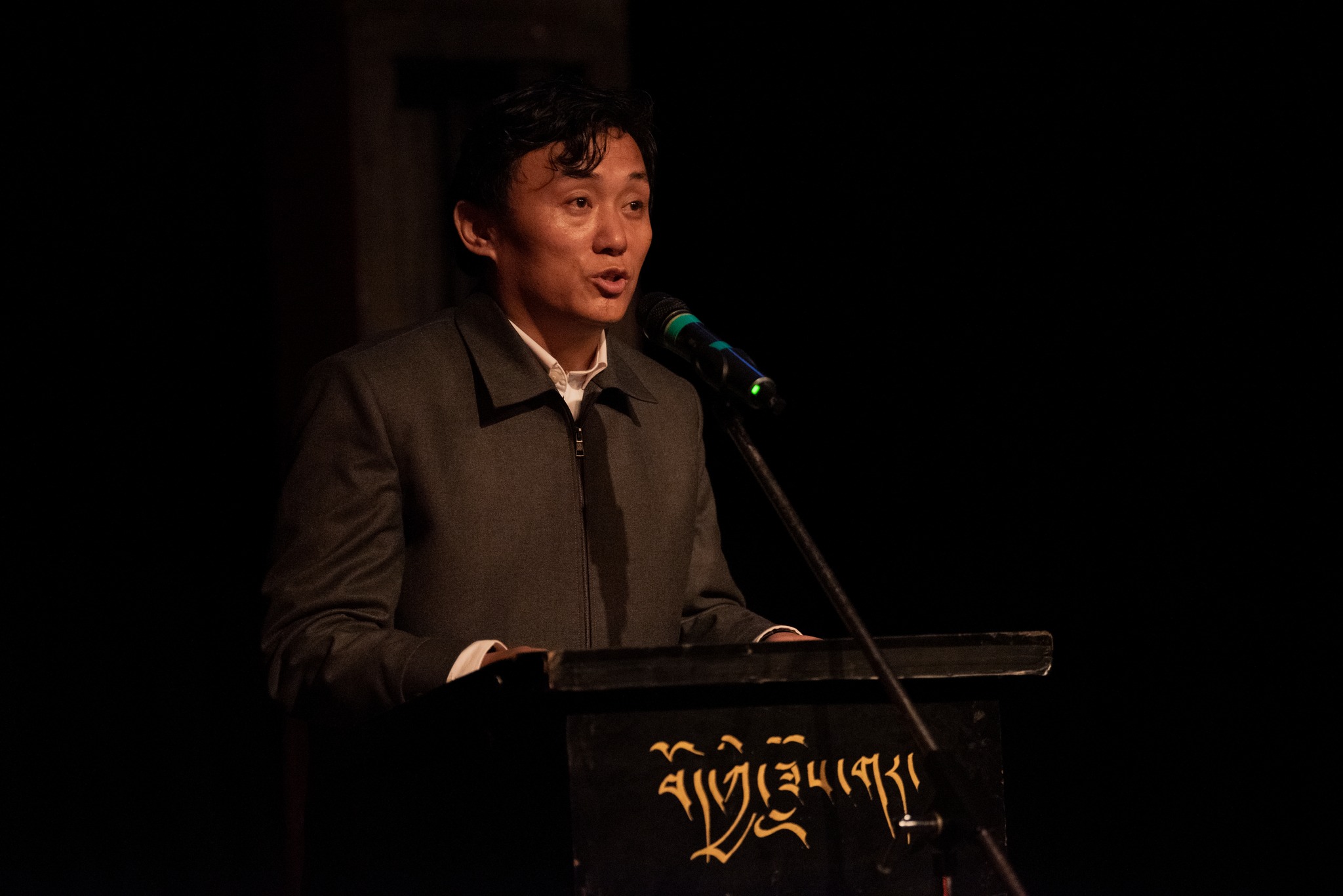 Co-director of the play Lhakpa Tsering conveying a vote of thanks before concluding the event. Photo / Tenzin Jigmey / DIIR 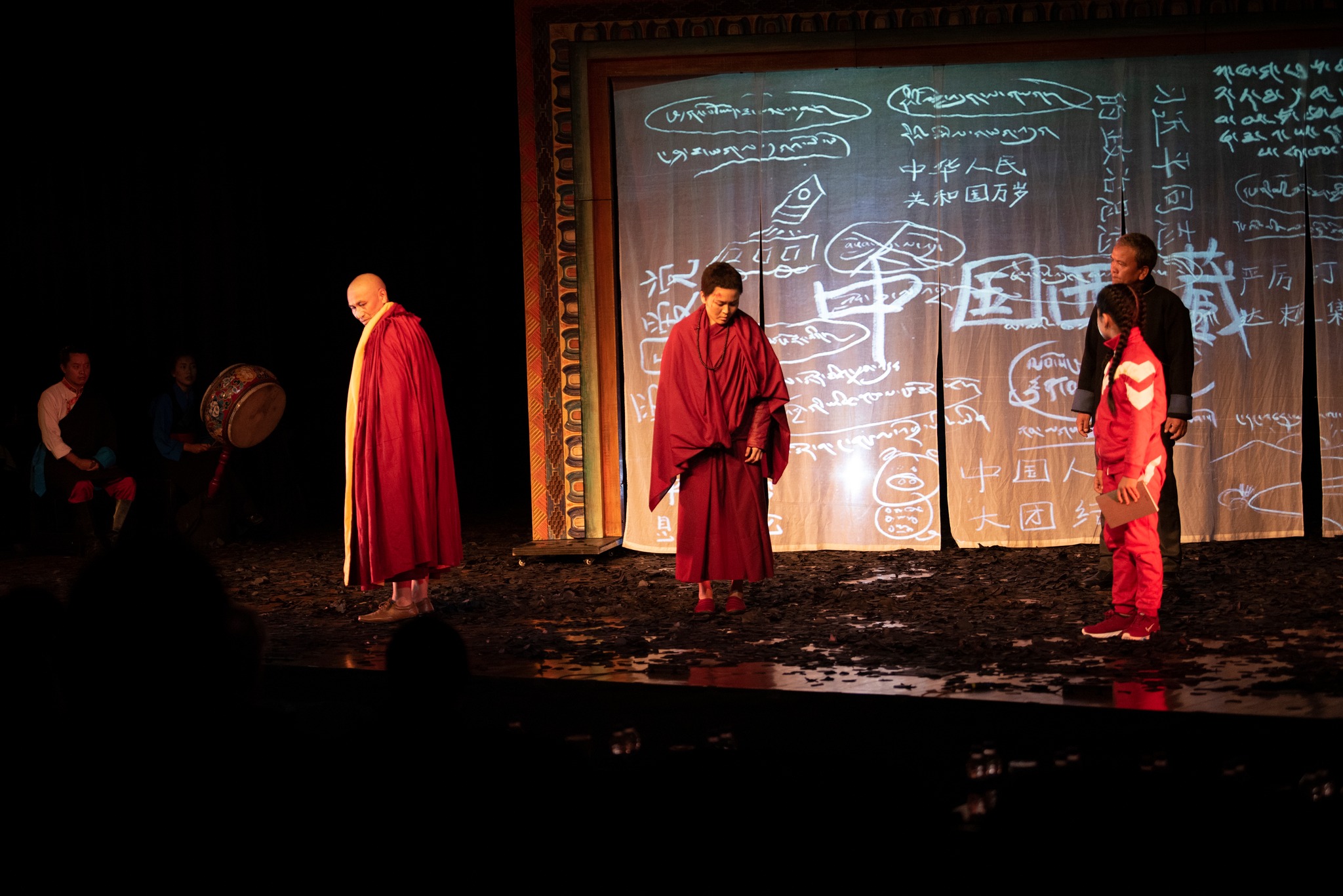