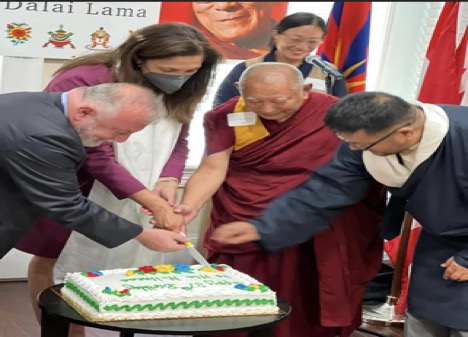 Washington DC: The Office of Tibet-DC, International Campaign for Tibet (ICT) and Capital Area Tibetan Association (CATA) jointly celebrated His Holiness the Dalai Lama’s 87th birthday at the Office on the evening of July 6th. The birthday celebration, also auspiciously referred  to as Trunglha Yarsol in Tibetan, is a day celebrated by Tibetans, friends of Tibet and the followers of His Holiness all over the world.

U.S Special Coordinator for Tibetan Issues Under Secretary Uzra Zeya was the chief guest of the event. Czech Ambassador Hynek Kmonicek and Kasur Kriti Rinpoche are other guests of honor. Offering her greetings on the occasion, Under Secretary Zeya  recalled her recent meeting with His Holiness the Dalai Lama and expressed her commitment to the human rights and religious freedom of the Tibetan people. Czech Kmonicek highlighted the deep connection and support the Czech people have for the Tibetan people because of similar historical experiences of living next to a big neighbour and recalled his own personal connection to His Holiness the Dalai Lama through diplomatic interactions when he was the ambassador in India. Kasur Kirti Rinpoche thanked the Under Secretary and others for their support to the Tibetan cause and urged everyone for their continued support to realise the dream of Tibetan people inside Tibet to reunite with His Holiness the Dalai Lama.

Representative Namgyal Choedup welcomed all the guests, offered greetings on the occasion, and spoke about the ever growing relevance of His Holiness’s message of oneness of humanity, cultivation of warmheartedness and mindfulness. 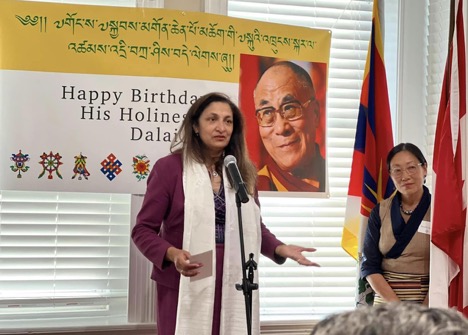 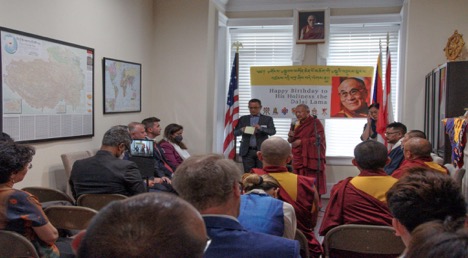 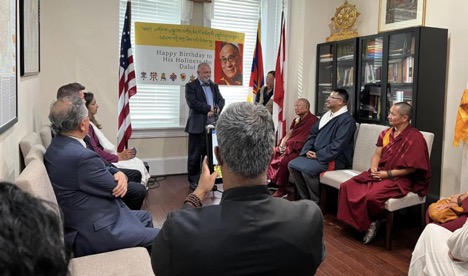 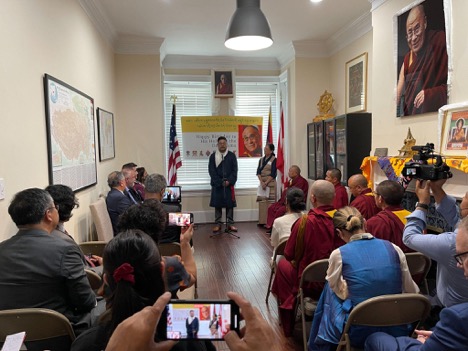