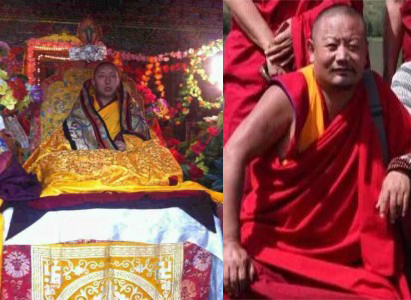 DHARAMSHALA: Two senior monks of Chogri monastery in Drango (incorporated into China’s Sichuan Province) were detained by Chinese authorities in connection with a mass prayer ceremony held recently for the good health of His Holiness the Dalai Lama, according to the Tibetan Center for Human Rights and Democracy (TCHRD).

The two monks, Ven Pagah, abbot of the monastery and Geshe Orgyen, were detained after a mass prayer ceremony was organised on 25 January by both the monastic and lay community in Tehor Township in Drango County.

The prayer ceremony for His Holiness the Dalai Lama’s health was held following the news of His Holiness’ medical treatment at Mayo Clinic in the United States.

Local authorities have deployed heavy security forces to monitor and control both the monastic and lay community in Tehor following the arrest of the two monks.

Ven Pagah is almost 40 years old and hails from Tsogo Township in Drango County. Geshe Orgyen is about 50 years old and was born in Tehor Township. Both had completed their religious education in south India before returning to Tibet: Pagah from Drepung Monastery in Mundgod and Orgyen from Sera Monastery in Bylakuppe in the Indian state of Karnataka.