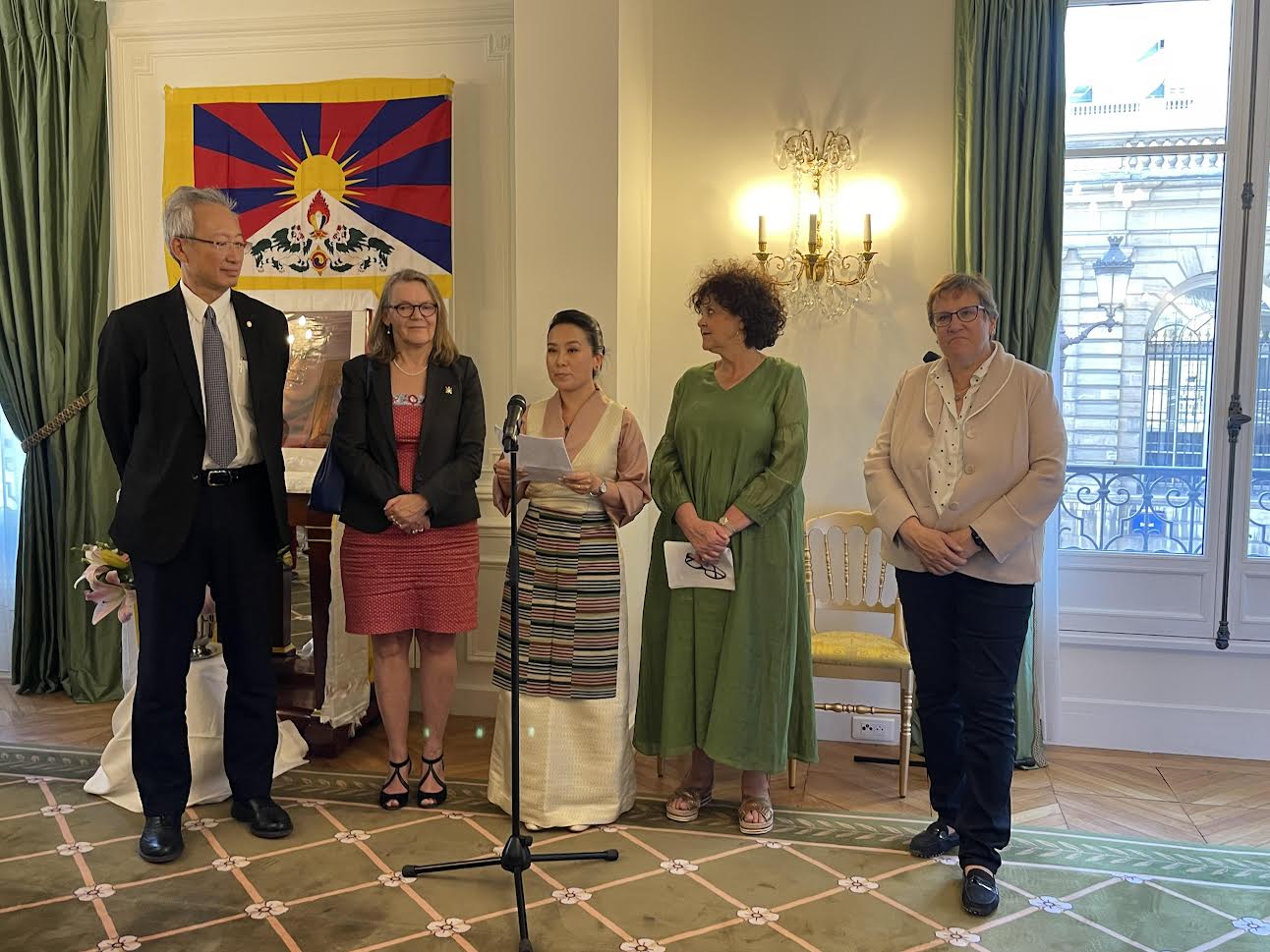 Representative Rigzin Choedon Gekhang with members of Tibet Support Group from French Senate during the celebration of His Holiness the Dalai Lama’s 87th birthday.

Paris: The French Senate Friendship Group jointly with Office of Tibet, Paris celebrated the 87th birthday of His Holiness the Dalai Lama at the Senate hall in Paris. The event was attended by about 35 participants, consisting of Senators, ambassador of Taiwan, Tibet supporters and representatives of Tibetan associations.

Senator Jacqueline Eustache-Brinio, the President of French Senate Friendship Group has been a long-standing ardent supporter of Tibet for many years. She commended that His Holiness is an inspiration to the French people and holds him in high esteem.

She had noted that “This fortunate event is the celebration of His Holiness legacy, his teachings and vision for humanity,” and added that The Senator solidified the continued support of the French Senate to the cause of Tibet.

Representative Rigzin Choedon Gekhang of Office of Tibet, Belgium, spoke to the gathering on His Holiness’ four principle commitment of life and thanked the TSG for their relentless and consistent support towards the Tibet cause.