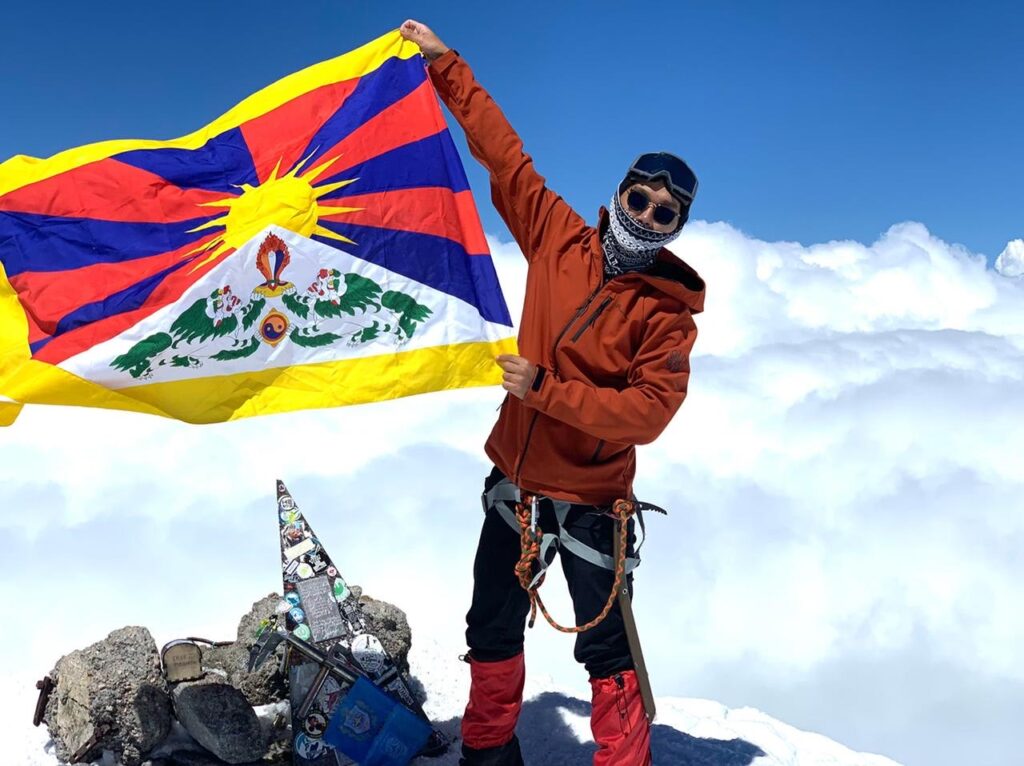 Moscow, Russia: A Tibetan student in Russia raised the national flag of Tibet on the western summit of Mt Elbrus at the height of 5642 meters. Tenzin Thinley who is currently in his final year of obtaining MBBS, MD degree at the Orenburg State Medical University had embarked on this high-risk mission on 3 August at around 12:30 local time.

“The acclimatization took about a week before reaching the peak of  Mount Elbrus.  I reached the peak on August 3rd at 12:30 and along the journey, I had carried the Tibetan Flag with me with the intention to hoist our national flag of Tibet and to represent the six million Tibetans on the expedition” said Tenzin Thinley.

He also stated that before leaving the country which has been his home for the last few years where he had made so many friends and shared information and facts about Tibet, he wanted to raise the flag as a symbol of his contributions to the Tibet’s struggle for justice, human rights, and preservation of the unique Tibetan heritage. 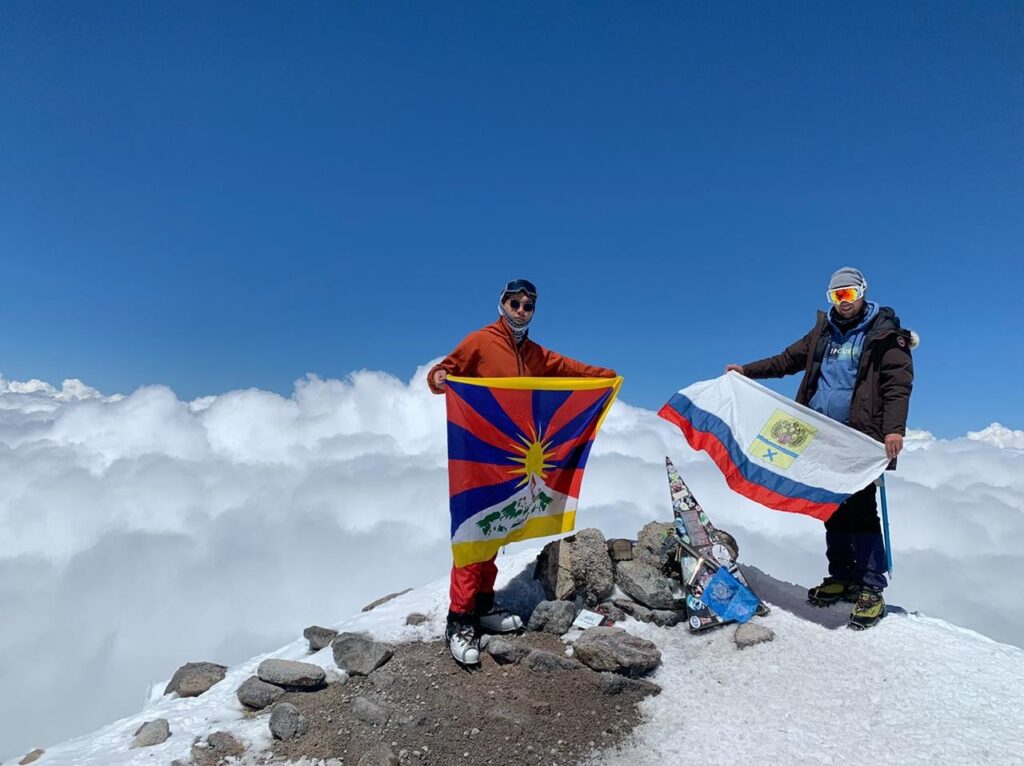 Tenzin Thinley and his companion on Mt Elbrus, the highest peak in Russia and Europe