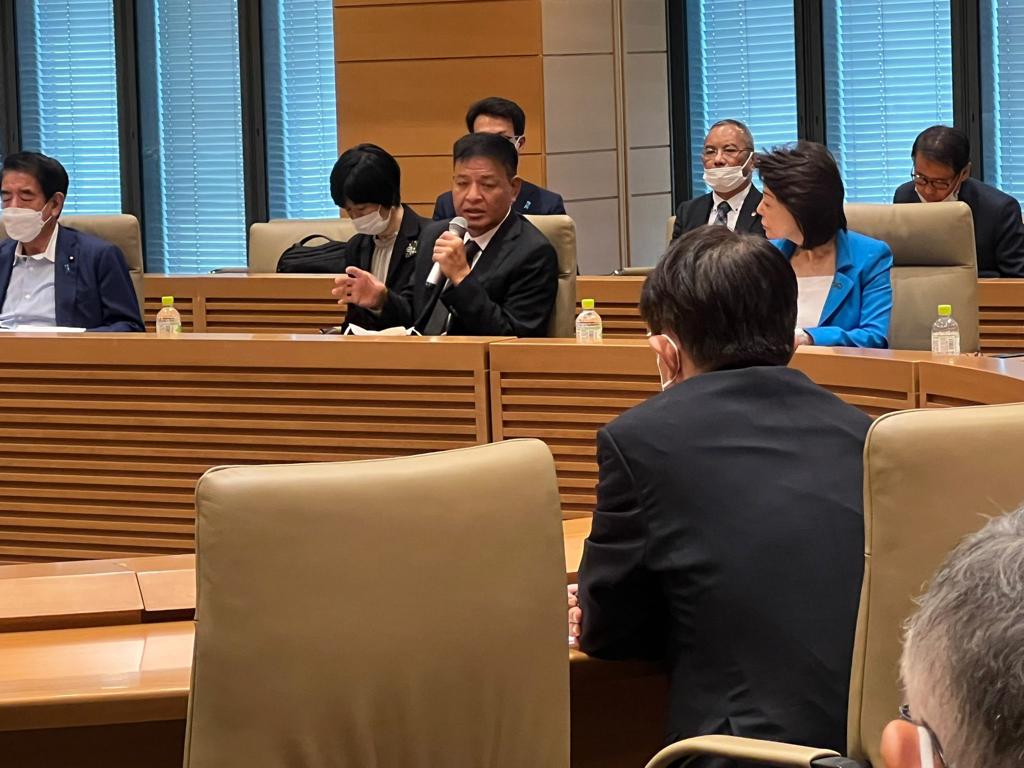 Tokyo, Japan: Sikyong Penpa Tsering today commenced his official visit to Japan by addressing the All Party Japanese Parliamentary Support Group for Tibet in the Japanese parliament building in Tokyo.

Highlighting the grave situation in Tibet, Sikyong expressed concerns over the state of Tibetan culture, adding it was dying a slow death under the repressive policies of the Chinese government.

He said the biggest threat facing Tibet is the boarding schools run by the Chinese government in Tibet, where it has forcibly separated 80% percent of children from the age of 3 from their families and cultural roots.
“Tibetan children are forced to learn Chinese language instead of Tibetan and its propaganda with the aim to change their mind so that there won’t be any Tibetan in another 15 to 20 years”, contended Sikyong .

He further apprised the lawmakers of Japan about the cultural genocide taking place in Tibet and the vehement implementation of policies to wipe the Tibetan people’s cultural and linguistic identity.

He appealed to the Japanese parliamentarians and government to use their influence to encourage the UNHCR to come out with Tibet report like the Xinjiang report.

Another stark concern highlighted by Sikyong was the speeding climate change in Tibet while reminding that the environment concerns of Tibet was not limited to Tibetans alone but a grave concerns for the whole of Asian subcontinent considering the 1.8 billion people in Asia dependent for freshwater on the ten major rivers originating from Tibet.

He appealed to the Japanese government to specify the importance of Tibet’s environment and the detrimental impact of climate change in Tibet on Asia and the whole world at the international platforms like COP and in their bilateral and multilateral meetings.

“Today we have a fully functional democratic system in the Tibetan community”, Sikyong remarked in pride and praised Japan’s growing engagement with democratic countries like the US and India through groupings like QUAD and AUKUS to promote their shared values like democracy, freedom and rule of law.

In addition, he expressed a genuine hope for the Japanese government’s continuous support to help the welfare of Tibetans in exile through ODA.

Sikyong also extended a special gratitude to Indian government for supporting the Tibetan cause for the last many decades.

“Based on the findings recorded in the Michale’s book, the US Congress held hearing on experts’ testimony on the historical status of Tibet and moved a legislation saying that Tibet is an unresolved conflict. Despite such historical findings, we are still committed to the Middle Way policy of His Holiness the Dalai Lama, which is based on pragmatic approach considering the reality of the situation inside Tibet,” informed Sikyong.

On a special note, Sikyong offered his prayers and condolences over the passing away of former Prime Minister Shinzo Abe, informing them about the resolution passed by Tibetan Parliament recently to remember his long time support for the Tibetan cause.

Sikyong will be delivering a statue of Tara sent by His Holiness the Dalai Lama for late Mr Abe’s family.

In her address, Ms. Sakurai Yoshiko, president of Japan’s leading think tank expressed inadmissible over China’s policy to deliberately eradicate the culture, language and religion of Tibetans, Uyghur and Mongolia as well.  She assured Japan’s continuous support for Tibet.

Mr. Shimomura Hakubun, Chairman of the All Parliamentary support Group for Tibet said Tibet’s issue was equal concerns of the while offering to do the needful by his country in strengthening preservation of Tibet struggle cultural, linguistic and religious identity.

Sikyong Penpa Tsering was accompanied during his visit to the Parliament building by Dr. Tsewang Gyalpo Arya, Representative of His Holiness the Dalai Lama for Japan and East Asia.
Earlier in the morning, Sikyong was welcomed by the members of the Tibetan community in Japan on his arrival at the airport in Japan. 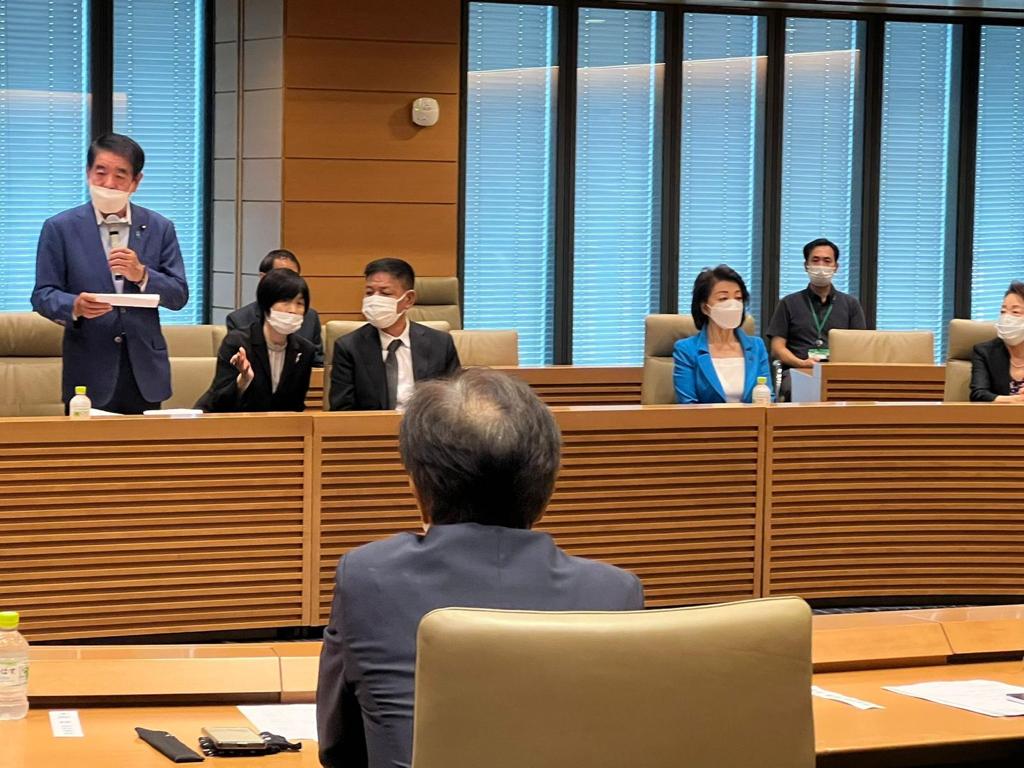 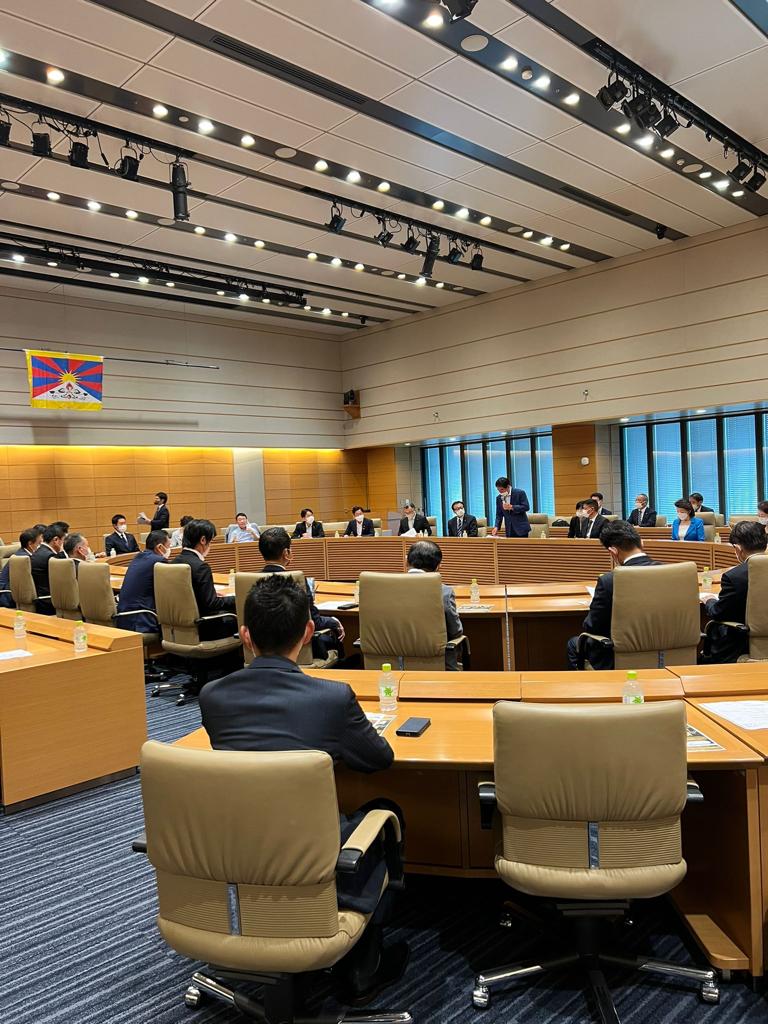 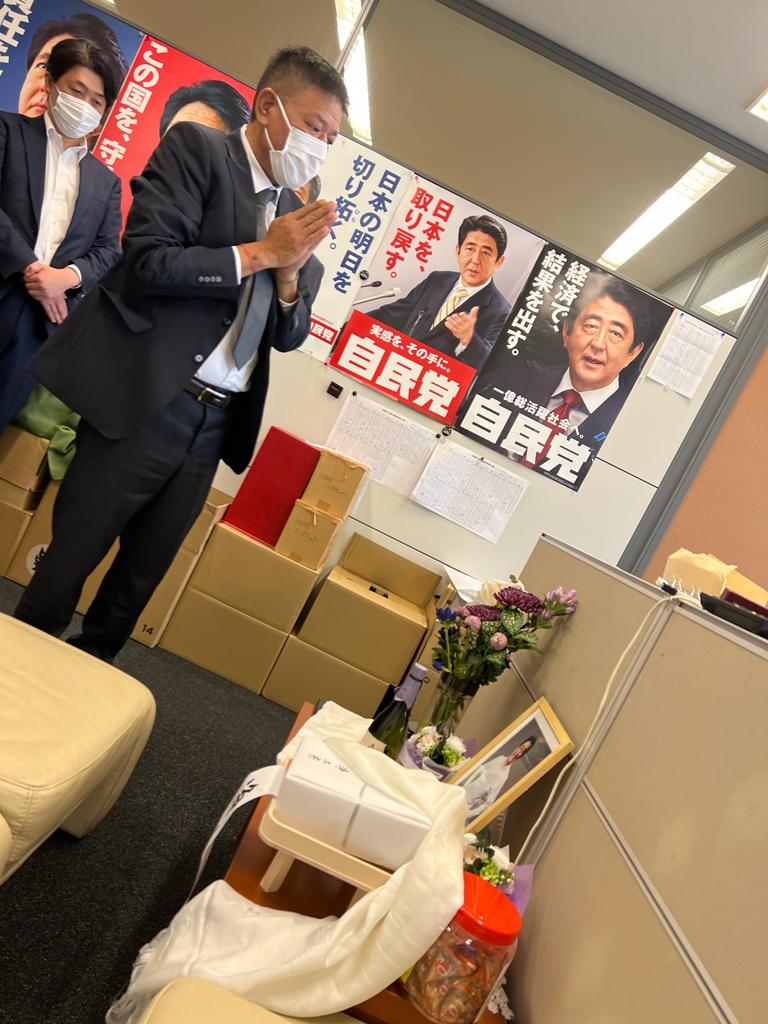 Sikyong Penpa Tsering of CTA offering condolences to late prime minister Shinzo Abe during his visit to the Japanese Parliament building in Tokyo on Sept. 21, 2022.