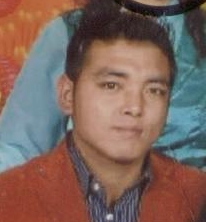 DHARAMSHALA: Barely a few days ahead of 10 December as the world marks International Human Rights Day, a Tibetan political prisoner has died in the midst of serving a 15-year sentence at a prison near Lhasa, Tibet’s capital city.

According to Tibetan Centre for Human Rights and Democracy (TCHRD), a Tibetan rights organisation based in Dharamshala, Tenzin Choedak, a former Tibetan social activist, died in prison on 5 December. He was less than six years into his prison term in Chushur Prison near Lhasa.

A prolific Tibetan youth, Tenzin Choedak was a former student at the Upper Tibetan Children’s Village in Dharamshala. He returned to Tibet in 2005 and started working for a European NGO in Lhasa, affiliated to the Red Cross in environmental conservation of Tibet. However, he was detained by the Lhasa City Public Security Bureau (PSB) in April 2008 on the charge that he acted as one of the ringleaders for the March 2008 protest in Lhasa City.

He was severely beaten and tortured while in prison, according to an unnamed source quoted by TCHRD.

During interrogation, the police focused much of their attention on his father, Mr. Khedup, who had participated in political activities in Tibet for many years until he was compelled to flee Tibet for exile in India in 1993. The interrogators insisted that Tenzin Choedak was working on the instigation of his father. The Intermediate People’s Court in Lhasa later sentenced him to 15 years prison term in addition to the imposition of fine amounting to 10,000 yuan, TCHRD reported.

As a result of his continued torture and beatings at the hands of prison officials, his condition deteriorated rapidly. Early in November 2014, alarmed at his emaciated physical condition and aggravated injuries, prison authorities took him to three different hospitals for treatment. He was later released to his family after the doctors gave up hope. He died two days later at his family home.

The death ostensibly as a result of injuries sustained while in prison raises questions yet again of the deteriorating human rights conditions in Tibet and, the torture and inhumane treatment of political prisoners that is prevalent in Chinese prisons in Tibet, said TCHRD in a statement.

Earlier this year in March, another Tibetan political prisoner Goshul Lobsang died months after prison officials released him to his family when his medical condition worsened beyond treatment in Machu (Ch: Maqu) County in in Kanlho (Ch: Gannan) Tibetan Autonomous Prefecture, incorporated into China’s Gansu Province.

“The death of Tibetan prisoners resulting from their treatment in detention shows efforts by prison authorities to cover up the deaths by releasing the prisoners, thus contributing to a culture of impunity where torture is allowed to flourish,” said Tsering Tsomo, the executive director of TCHRD.