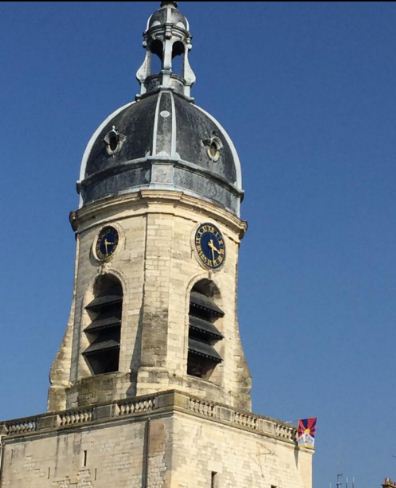 Tibetan Flag hoisted at the Belfriy of the Amiens town.

They met Senator of the Somme, Mr.Christian Manable, Mayor of the Vers Sur Selle, Mr. Edouard Dussart and his municipal team and the Mayor of Amiens, Mrs.Brigitte Fouré.

The Vers Sur Selle mayor office has adopted Dechen,a village near Lhasa in Tibet and hoists Tibetan flag at the Town Hall for many years.

The Representative briefed on the critical situation inside Tibet by quoting that Tibet is the second least free country after Syria, how  far more difficult it is to visit Tibet than North Korea by the journalists and how China is being unresponsive to the international conduct of reciprocity. Though 2018 was observed as year of tourism between EU and China, Europe was unable to get any access to Tibet and Eastern Turkestan. But China availed the full benefit. He also recalled the good relations between the French and Tibetans. He further talked about His Holiness the Dalai Lama’s appreciation for the spirit of European Union and that  Central Tibetan Administration does not demand separation of Tibet but rather would like to stay within the PRC if the human Rights including the religious, cultural and the environmental rights were guaranteed.

In the evening a debate on Tibet’s 60 years of exile was addressed by Representative Tashi Phuntsok, Yolande and Marcelle Roux.

On 23rd March, Tibetan National flag was hoisted at Amiens town hall commemorating the 60th Tibetan National Uprising day. The program started with Mayors of Amiens and Vers Sur Selle showing their support for the Tibetan cause. Representative Phuntsok thanked the mayors for their support and requested them to continue hoisting Tibetan flag.

Yolande and her group read out the 10 March statement of President Dr. Lobsang Sangay in French.

The day ended with planting of an apple tree by the children of Vers sur Selle village. The apple tree was planted next to the Himalayan pine tree which was planted 10 years ago as a remembrance of Tibet at the park, Le Jardin des Vertueux. 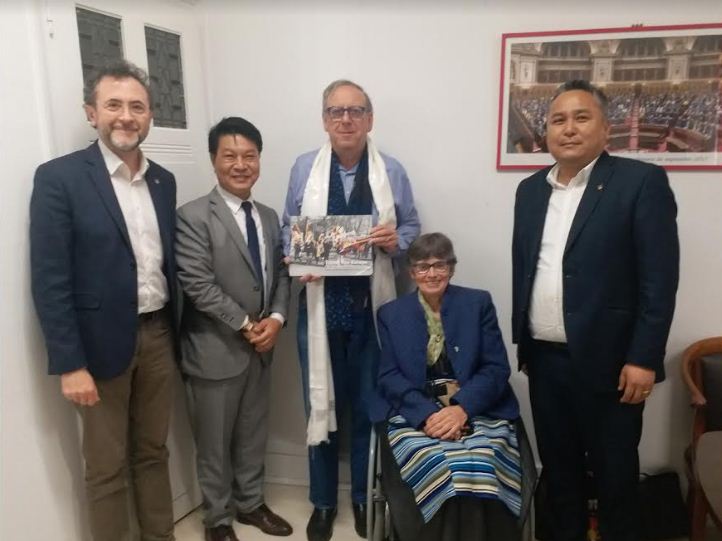 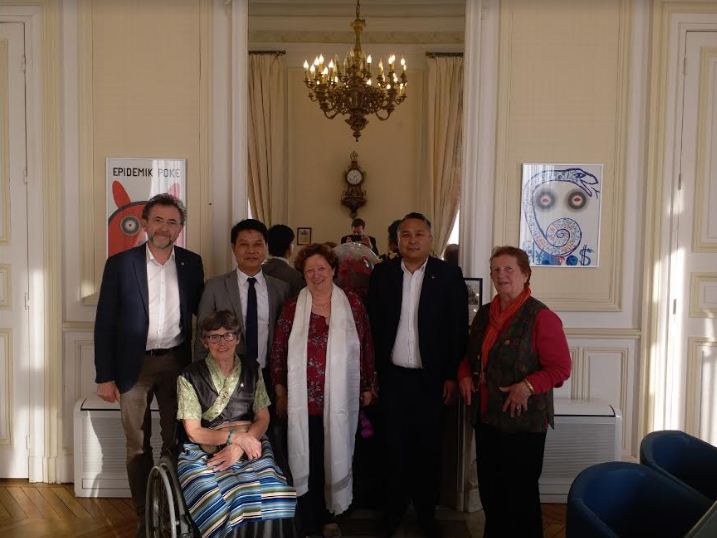 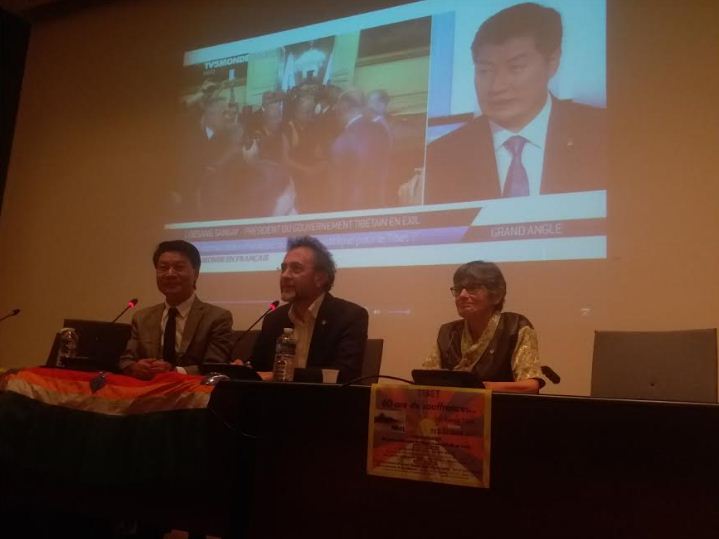