Since 2017, Tibetan Calligraphy Day is celebrated every year as a way of preserving and celebrating Tibet’s language and cultural heritage.

Under the guidance of the Tibetan Settlement Office, Gangtok, a 7-member committee for the Tibetan language preservation initiative was established through a democratic electoral process among the Executive members of the Six Tibetan Associations.

Settlement Officer applauded the initiative as being meaningful and of huge importance for the Tibetan living in and around Gangtok.

According to the press release issued by the committee, on 30 April, the committee organized Tibetan calligraphy competition for the Tibetan student for the 2nd consecutive year. The competition was held online due to the nationwide lockdown.

The campaign received overwhelming participation from Tibetans in Darjeeling, Kalimpong including many from monasteries, nunneries and schools and even some from Dharamshala going beyond the borders of Sikkim. The competition was divided into four categories namely:- Primary Category (cl. 1 to 5) Middle Category (Cl. 6 to 8) Senior Category (cl. 9 to 12) and Open – Category.

A record number of 280 students and teachers from class 1 to college level and their parents participated in the Tibetan calligraphy contest.

The committee convened on 5 May after the relaxation of the lockdown to judge the performances. It was as they said a “Hercules task” to determine the rankings as most of the participants had performed excellently well.

The committee also highly appreciated the active participation of many monastic, nunnery and other schools in and around Gangtok and of those from outside the state.

The results are announced here.

The winners will be awarded a certificate and a small token of cash prize and all the participants will be presented a participation certificate.

The Tibetan language preservation committee of Gangtok was formally inaugurated on 16 April 2019 with the specific mandate to preserve, popularize and promote the Tibetan language among the Tibetan community living in and around Gangtok. The committee has since then taken up some of the projects in this direction. The first-ever Young Tibetan Parents’ Conference was held on 14th July 2019 to inject enthusiasm and the spirit of Tibetan among the younger generation and also to emphasize the importance of being able to read and write the Tibetan script and communicate in their mother tongue. In the absence of a regular Tibetan school in Gangtok, The committee also has an ambitious project to start special classes for the Tibetan students at three different locations in and around Gangtok. 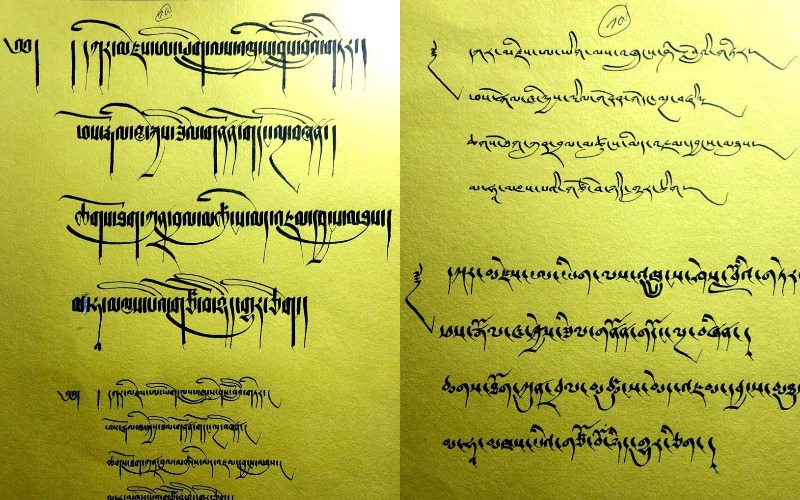 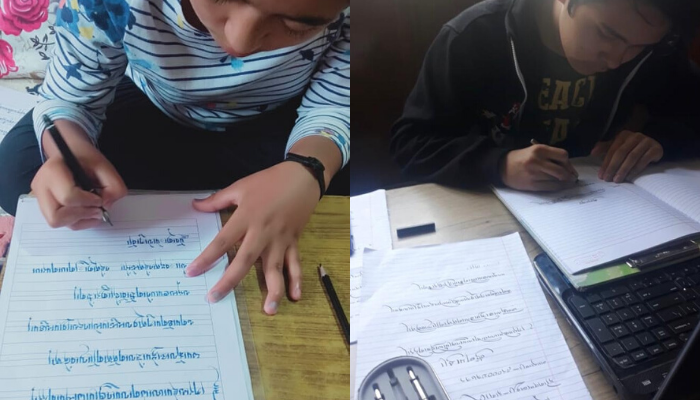 Tibetan youth in Gangtok participating in the calligraphy contest. 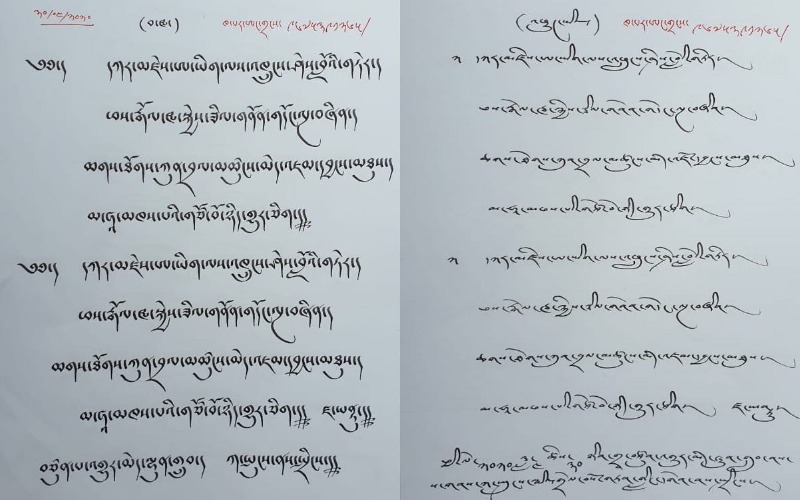 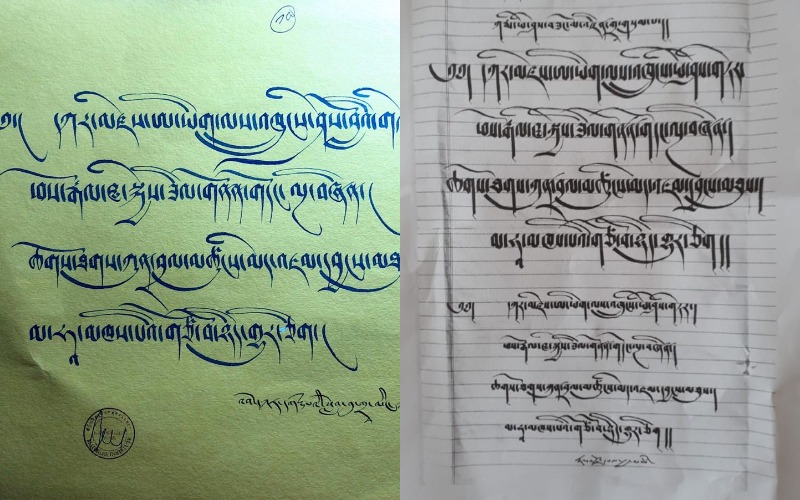