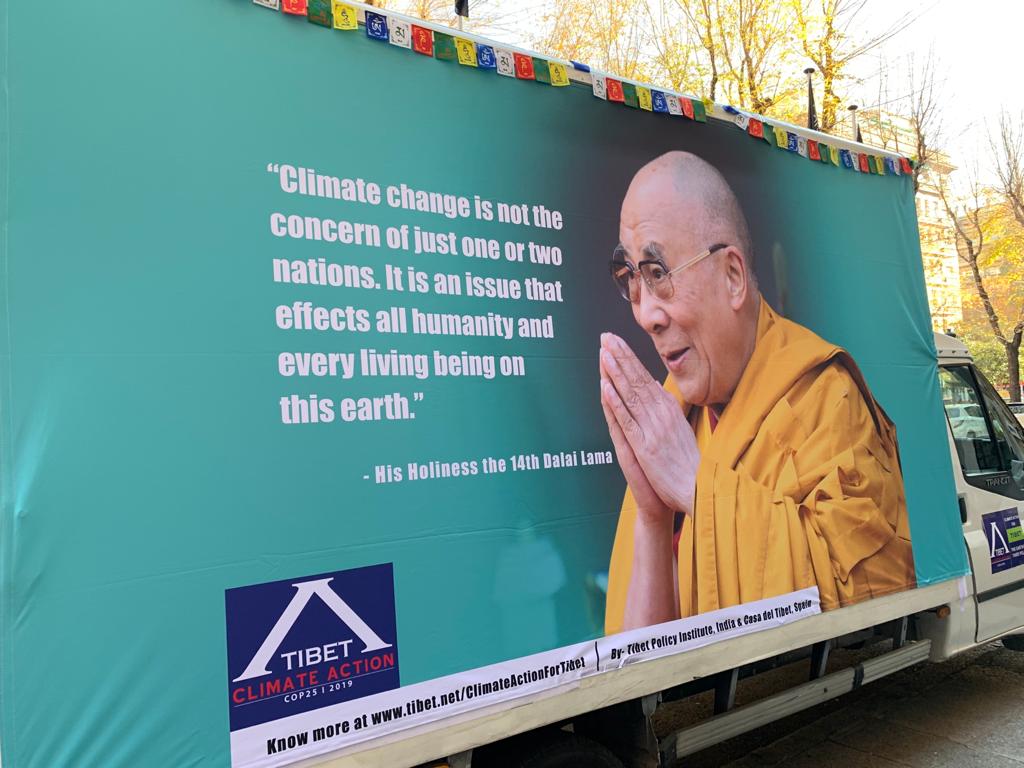 Spain: A giant poster on a truck, referred to as the ‘Tibet Climate Truck’ was moving around the Madrid City in Spain showcasing messages from His Holiness the Dalai Lama and the Central Tibetan Administration to the delegates from 194 countries converged for the COP25 UN Climate Summit from 7-9 December.

The giant poster of His Holiness with a powerful message “climate change is not the concern of just one or two nations. It is an issue that affects all humanity and every living being on this earth.”  Calling for the world to set political differences aside and to urgently work together for a more peaceful and sustainable future for all.

The truck moved around and stopped at important locations in the city, attracting strong public attention and interest.

On the other side of the same truck, a message from the Central Tibetan Administration urges the world to recognize the global ecological importance of the Tibetan Plateau and make Tibet central to any discussion on global climate change.

The ‘Tibet Climate Truck’ is one of the many initiatives carried by Tibet Policy Institute as part of the ongoing ‘2nd Climate Action for Tibet’ campaign currently underway in Madrid, on the sidelines of the annual UN Climate Summit.

Two environment researchers from the Tibet Policy Institute, Tempa Gyaltsen Zamlha and Dechen Palmo has been leading the campaign in Spain with strong support from Casa del Tibet, Chorkhorling and Thubten Dhargyaling.

The ‘Team Tibet’ also had a very successful participation at the Climate Strike on 6th December, with venerable Thubten Wangchen, the Director of Casa del Tibet garnering massive attention on Tibet’s environment at the march.

The two researchers gave talks at the Universidad Complutense de Madrid as part of the Social Summit and other centres. They were also interviewed by TeleMadrid, EuroNews and Spanish National TV on Tibet’s ecological issues.

The Tibetan delegates were met by some Members of European Parliament and Spanish politicians to discuss Tibet’s ecological importance and environmental situation in great detail.

The two-week climate conference will conclude on 13 December 2019. 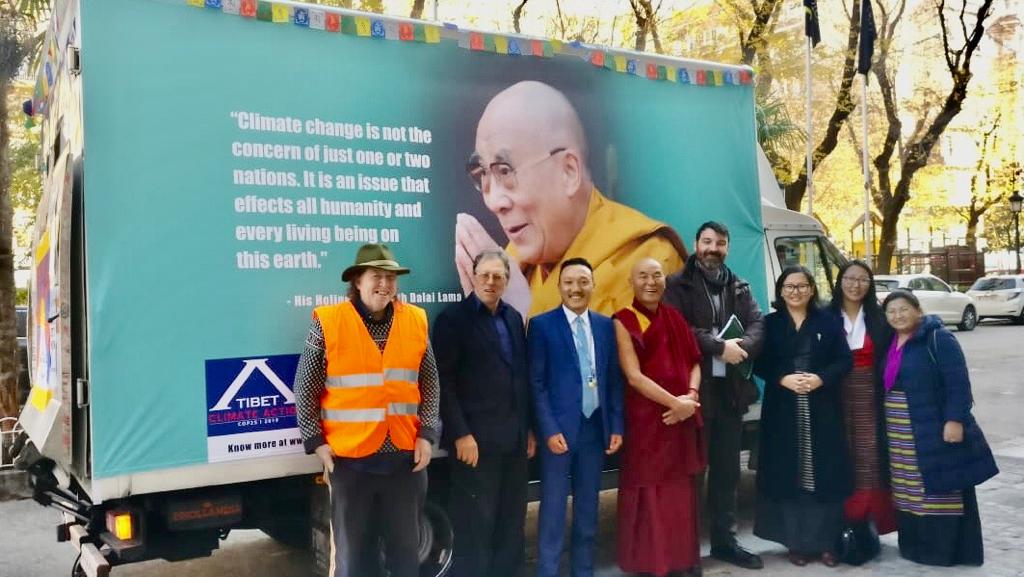 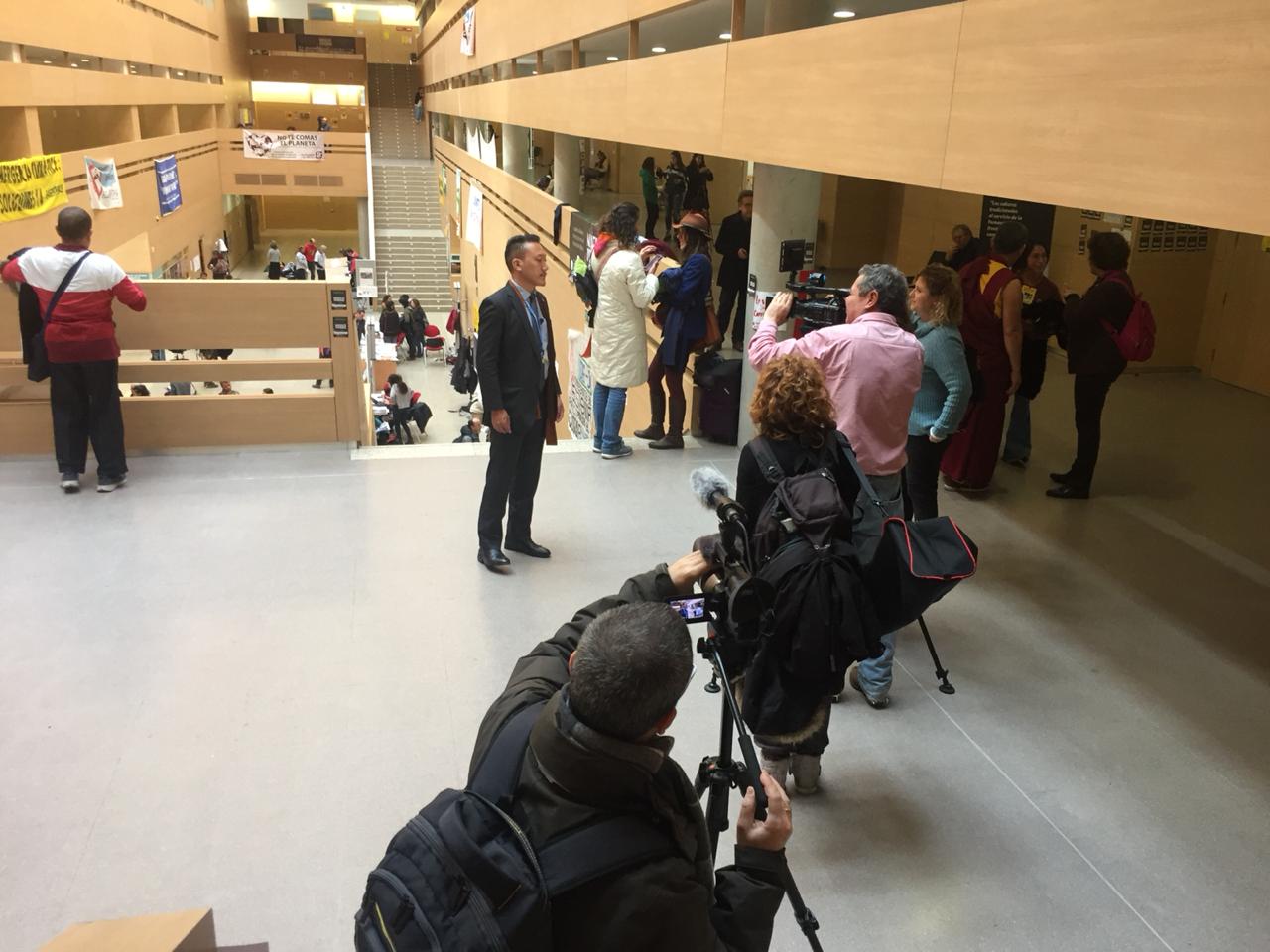 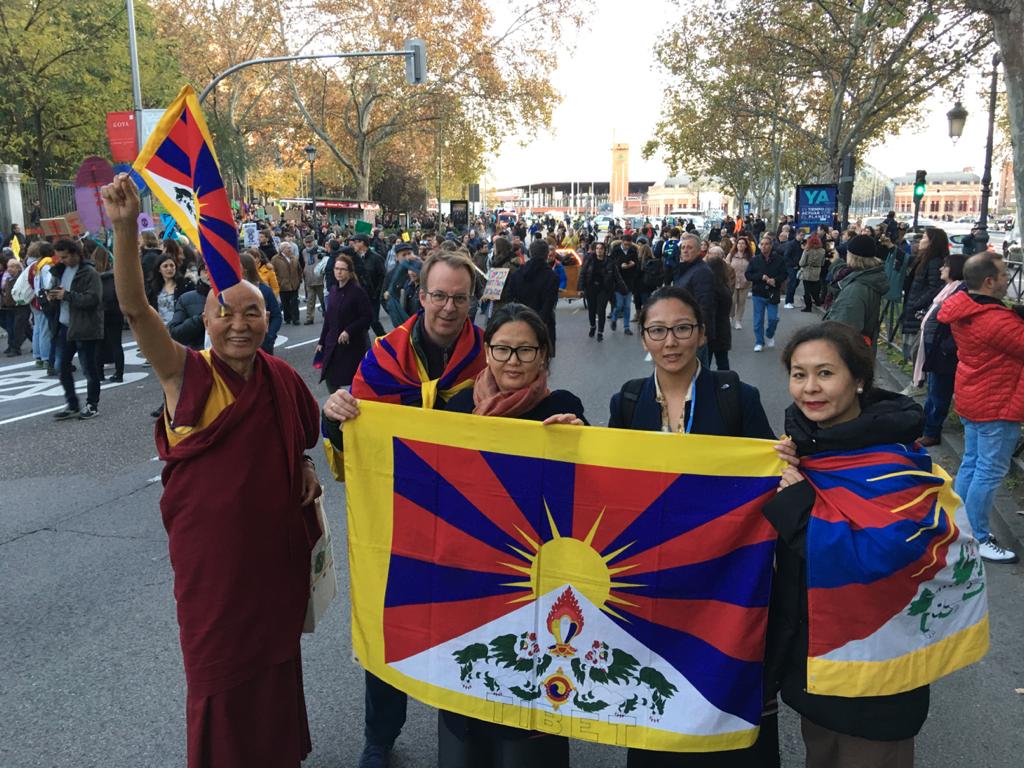