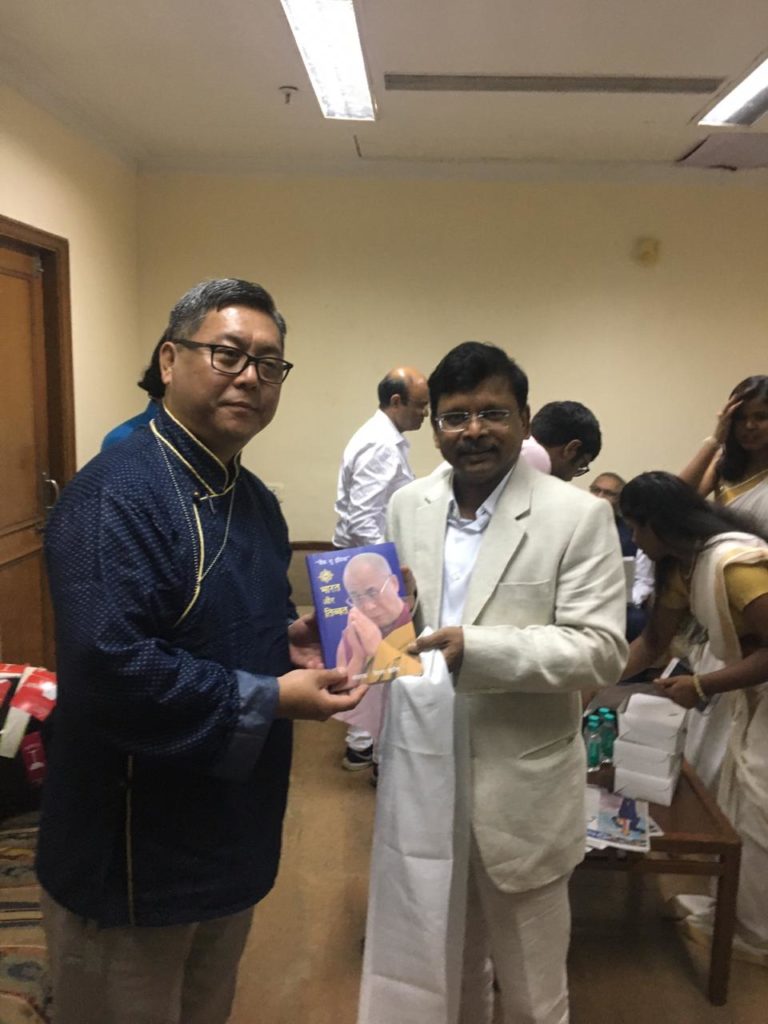 Mumbai: The largest metropolitan city of India saw the footfalls of thousands of people as people from all over India especially Maharashtra thronged the city to pay their homage and respect to the father of Indian Constitution Dr. B. R. Ambedkar who is highly revered by people especially the Dalit Indians on his 63rd Parinirvan Diwas which is commemorated hugely every year on 6th December. There were hoardings in every corner of Mumbai from political parties to educational institutions paying their homage and respect to Dr.Babasaheb Ambedkar on this auspicious day. There were stalls in hundreds of number installed at Shivaji Park, Dadar consisting of book exhibition cum sale, clothes, products, medical camps and etc. Other various programs were also held to commemorate the day.

India Tibet Coordination Office, New Delhi participated during the event to raise awareness among the general masses about Tibet and it’s relation with India. Starting the day, at the invitation of Dr. Harshadeep Kamble (IAS), ITCO Coordinator and Program Officer attended Bhimanjali 2019, an instrumental tribute to Dr. B. R. Ambedkar at Ravindra Natya Mandir, Prabhadevi, Mumbai. After the program, ITCO staff met Dr. Kamble who is the organizer of Bhimanjali and presented him with books on Tibet and thanked him for the invitation.

Later, ITCO which has got a stall installed at Shivaji Park where the main event was happening showcased a book exhibition on Indo- Tibet Relations. There were books namely, Handbook on Tibet, Indian Leaders on Tibet, Thank you India, Tibbat Mukti Sadhna and Bharat-Tibbat Sambandh and pamphlets namely, Tibet – The facts, Tibbat Ek Tatya and George Fernandes aur Lodi Gyari Rinpoche Ke Adarsh aur Yogdhan. All these were freely distributed to the people. Large number of people from young to old visited the stall. They inquired about Tibet and conversed with the staff. All of them took the books and pamphlets to know about Tibet and its relations with India in detail. Some media friends also visited the stall. They interviewed Mr. Jigmey Tsultrim, Coordinator, ITCO regarding the book exhibition which automatically helped in creating awareness of Tibet to a larger audience. During the exhibition, ITCO staff were joined by the members of Mumbai Tibetan Sweater Sellers. They participated in distributing the books and pamphlets to the people thus raising awareness about Tibet actively.

In the evening, ITCO staff and Mumbai Tibetan Sweater Seller members in coordination with Mr. Indrajit Mohite, Tibet Supporter in Mumbai took out a candle light peace march from Rajgruha – the residence of Dr. B. R. Ambedkar to Chaityabhumi – the resting place of Dr. B. R. Ambedkar for a distance of 2.5 km. Before the start of the march, the members entered Rajgruha and paid their respect and homage before the remaining ashes of Dr. Ambedkar. The group marched through the crowded streets of Dadar reciting prayers, astonishing the people on street. They took out their cameras and mobile phones to capture the unique group of people in their midst. At Chaityabhumi, the group was received by Shri Anandraj Ambedkar, the grandson of Dr. B. R. Ambedkar. ITCO Coordinator greeted Shri Anandraj and offered his respect and homage to Dr. B. R. Ambedkar at the memorial, followed by all the members. They circumambulated the Ashoka Pillar Memorial dedicated to Dr. Ambedkar. Later, the group were invited on the stage where they recited prayers, followed by Tibetan and Indian national anthems. After that people gathered to inquire about the group thus making them aware of Tibet and Tibetans.

Next day on 7th December, as invited by Siddharth College of Law, Anand Bhawan Mumbai which was founded by Dr. B. R. Ambedkar in 1953, ITCO coordinator and Program Officer visited there for a seminar titled Indo-Tibet Relations: Culture and Religion. Dr. Sunil Kamble, Vice Principal welcomed ITCO Coordinator and Program Officer to their campus. Before the start of the seminar, Dr. U. M. Maske, Principal of the college joined Mr. Jigmey Tsultrim in paying floral tribute to Dr. B. R. Ambedkar, the founder of the college. At the start of the seminar, the dignitaries offered their prayers to Lord Buddha and lighted candles. Dr. Kamble welcomed and felicitated ITCO Coordinator and Program Officer with bouquets. In the presence of Principal Dr. U. M. Maske, Vice Principal Dr. Sunil Kamble, faculties and students, Coordinator Mr. Jigmey Tsultrim addressed on Indo-Tibet Relations. He took them to Tibet at the altitude of 4,500 meters above sea level, in contrast to Mumbai which is just 14 meters above sea level. He told them why and how His Holiness the 14th Dalai Lama escaped Tibet, followed by thousands of Tibetans to India, way back 60 years ago. He pointed out about the importance of Tibet to India from a geostrategic and cultural point of view; and the age-old relations India and Tibet shared from ancient times. He also spoke about the early struggles of Tibetan refugees in India with no knowledge of native language and culture but how slowly and steadily, the Tibetans adapted in the new country keeping their culture, religion and language intact. The faculties and students attentively listened to the speaker. They raised questions and cleared their doubts about Tibet. Pamphlets on Tibet were distributed to faculties and students. Mr. Jigmey expressed his thanks to the college for giving ITCO the opportunity to organize a program on Tibet in their campus. As token of thanks and gratitude, ITCO Coordinator presented Dr. U. M. Maske, Principal with a khatak and some books on Tibet.

Through this initiative, the India Tibet Coordination Office, New Delhi in association with Mumbai Tibetan Sweater Seller members and Mr. Indrajit Mohite, Tibet Supporter based in Mumbai were able to create awareness about Tibet and its relation with India and its importance to a large number of people in the maximum city i.e. Mumbai. 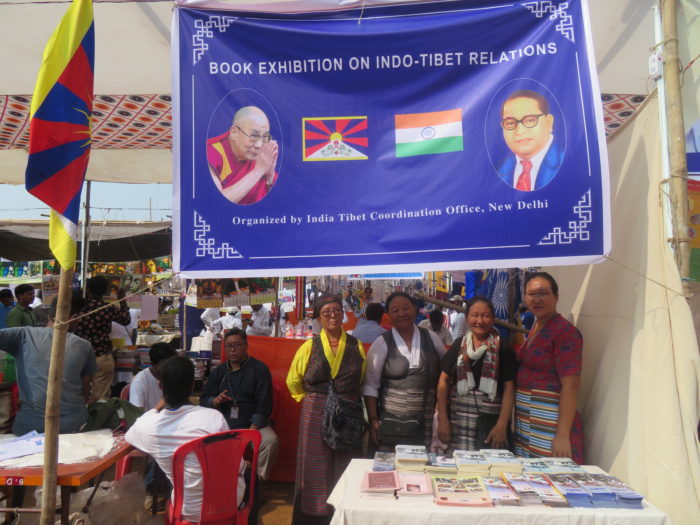 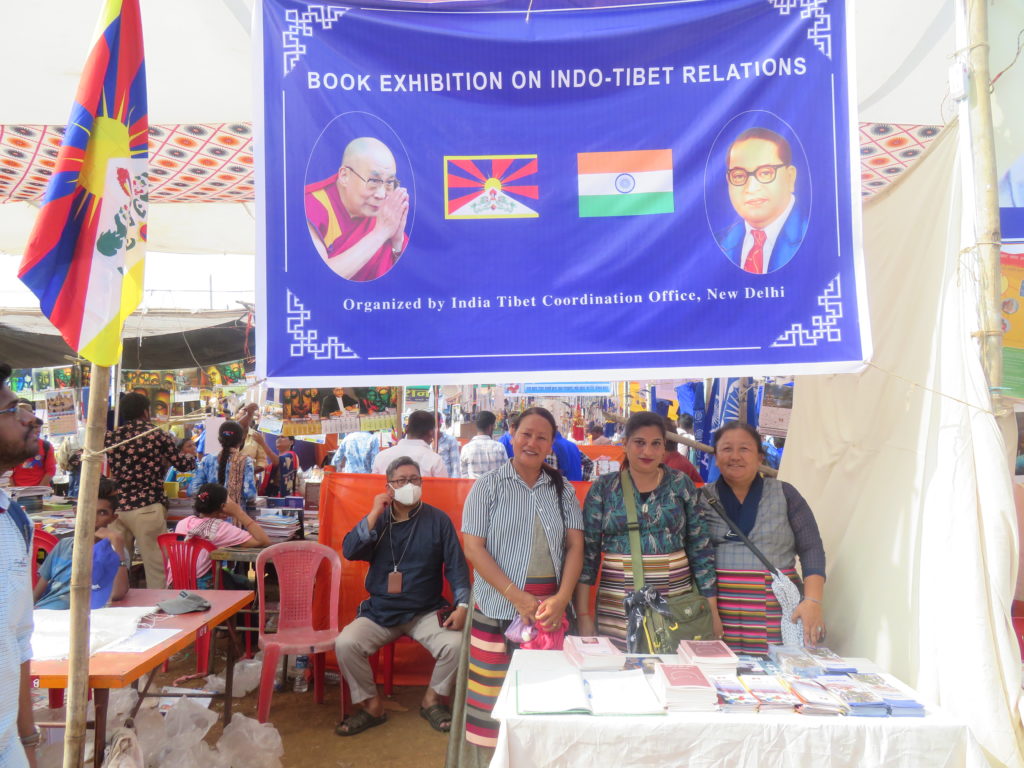 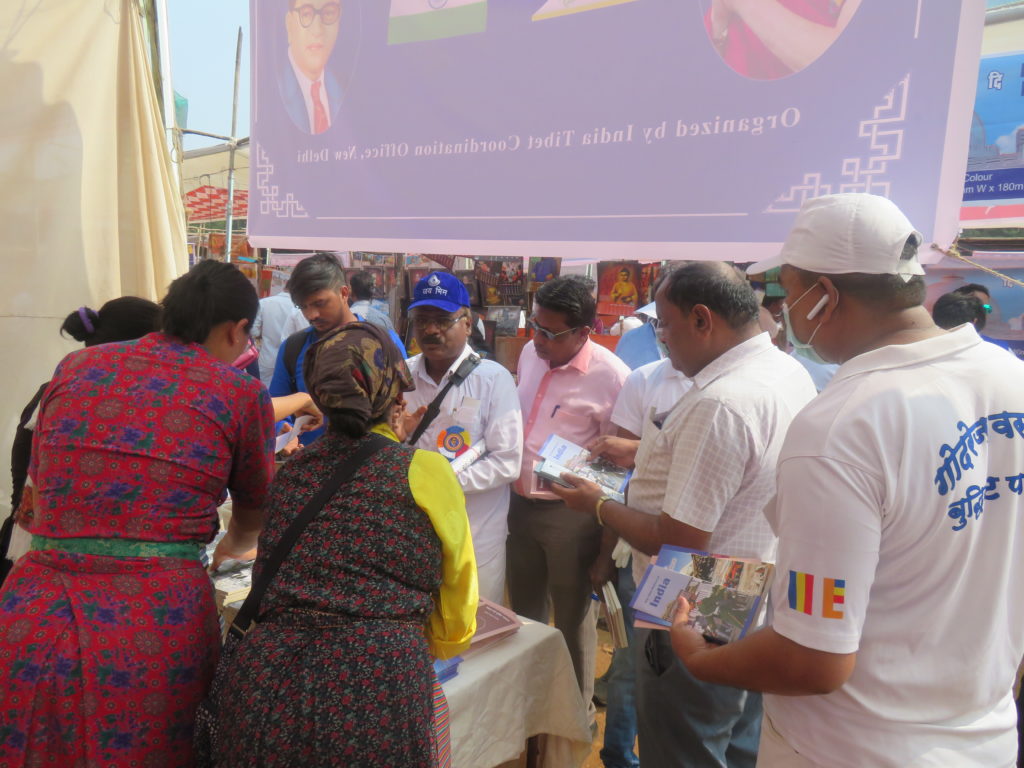 Mumbai Tibetan Sweater Sellers Association members speaking about Tibet to the visitors and distributing books to them. Photo/ITCO

One of the member carefully explaining about Tibet to the visitors. Photo/ITCO 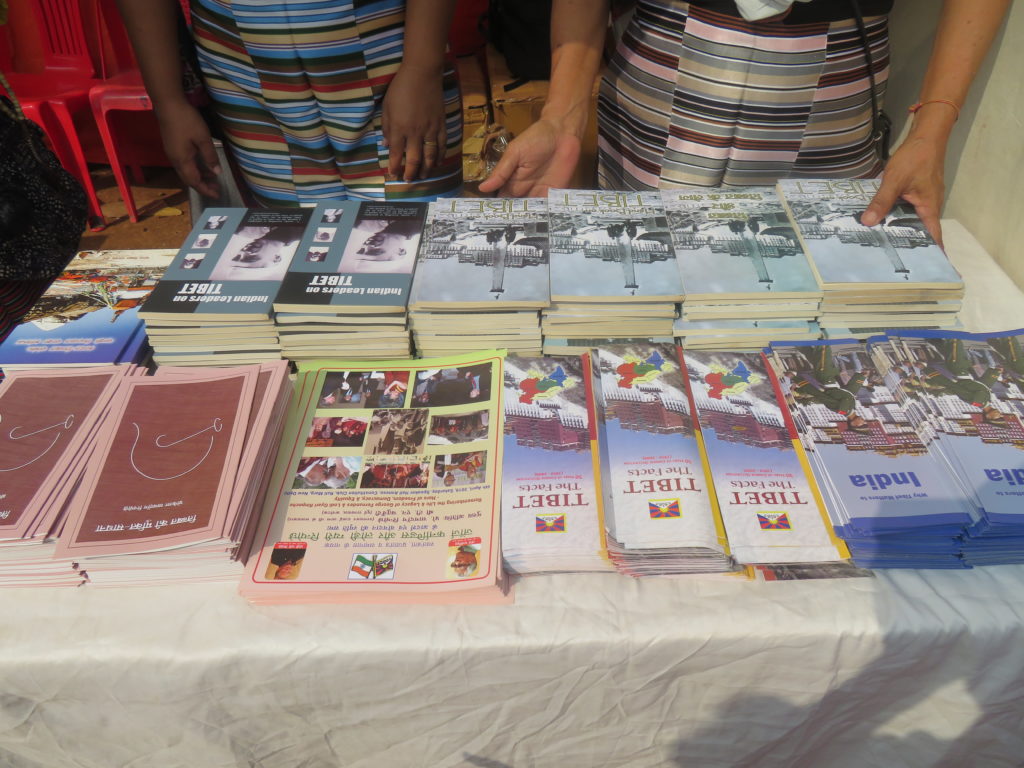 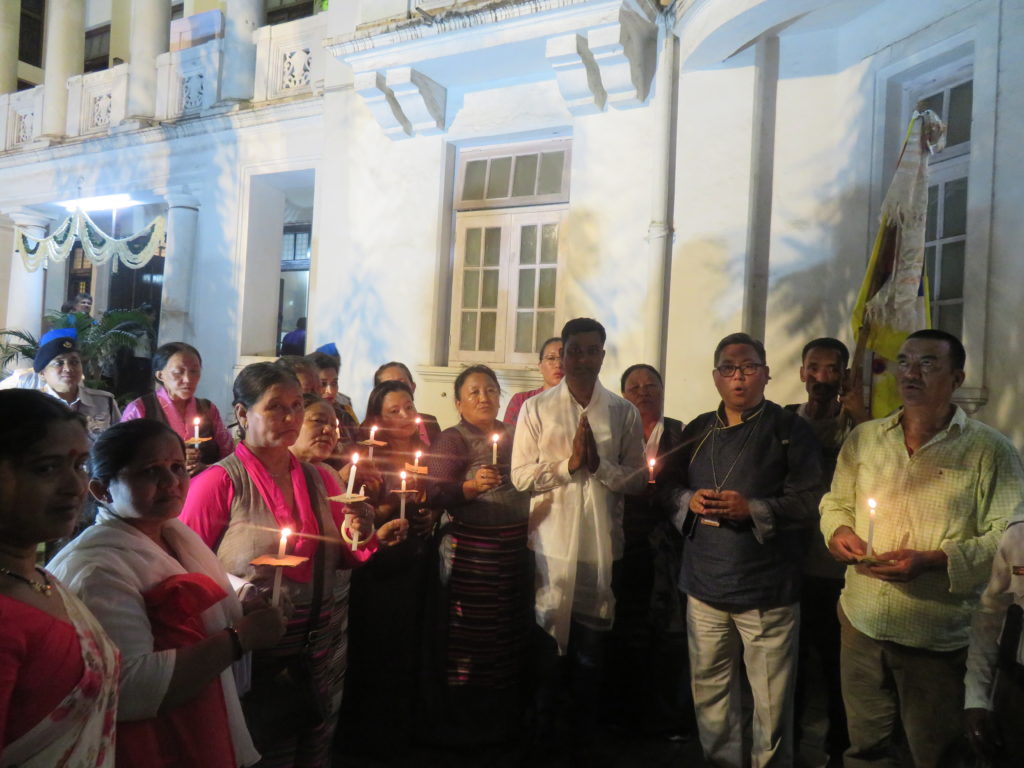 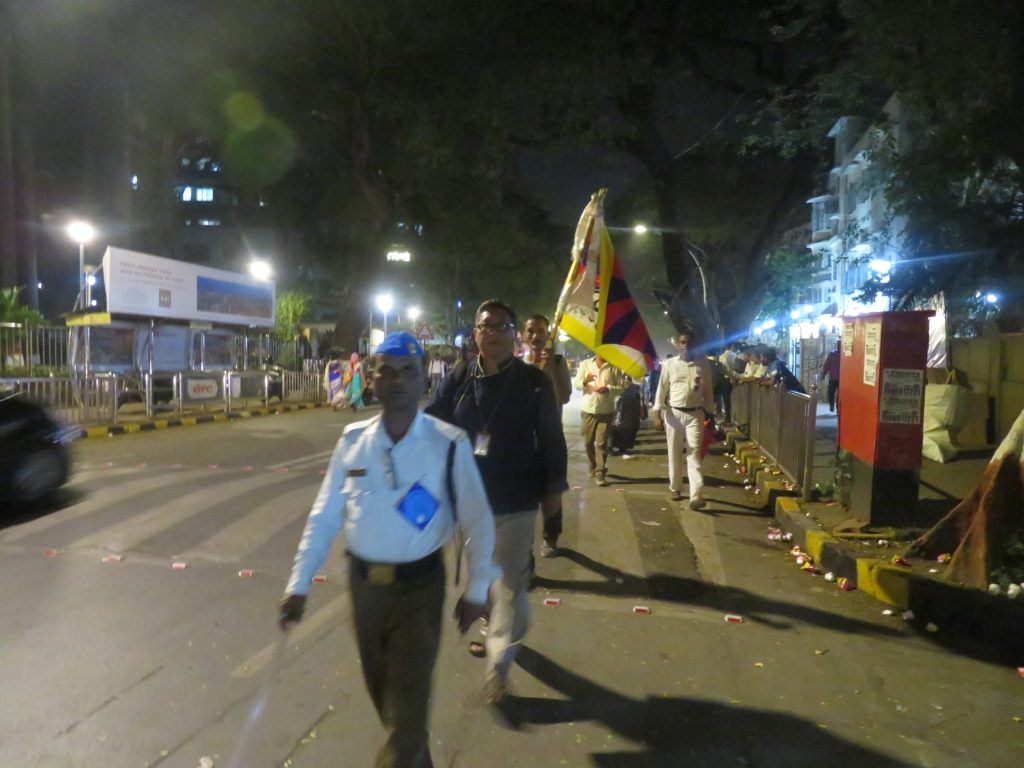 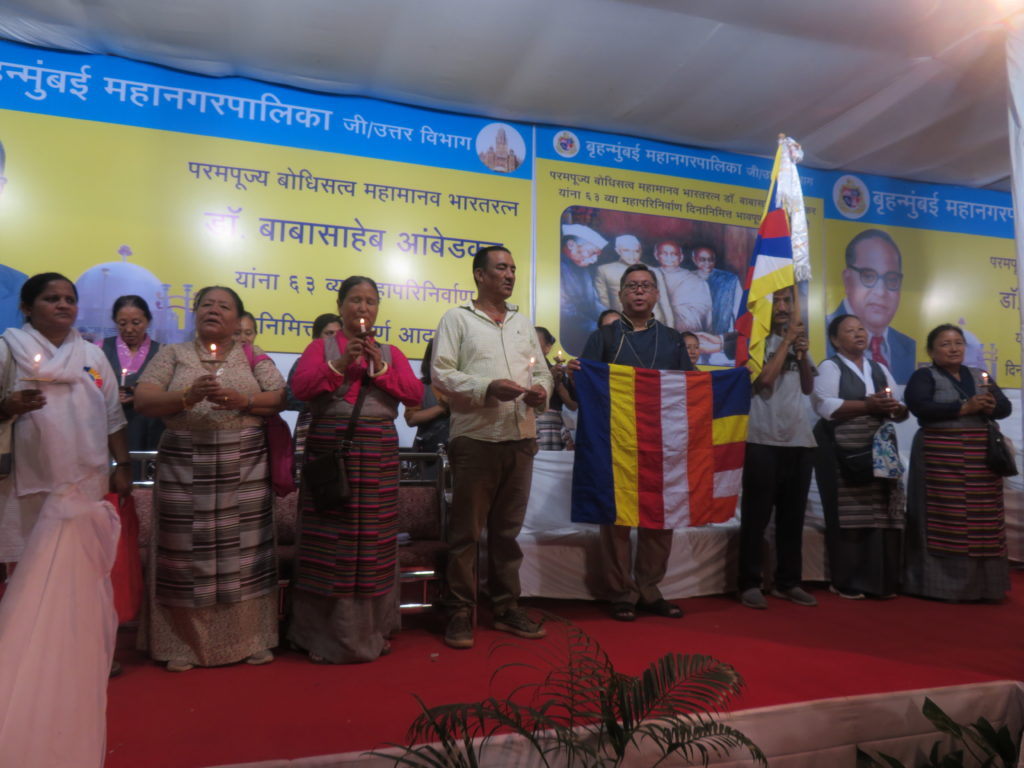 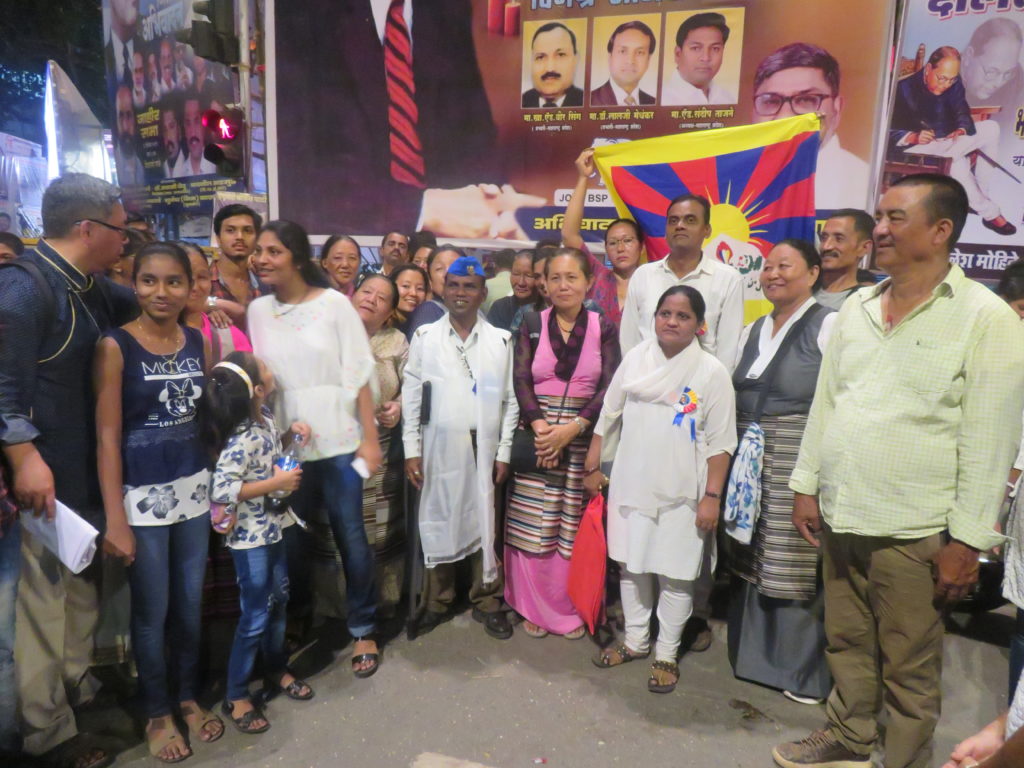 A group photo with other people after conclusion of Candle Light Peace March. Photo/ITCO 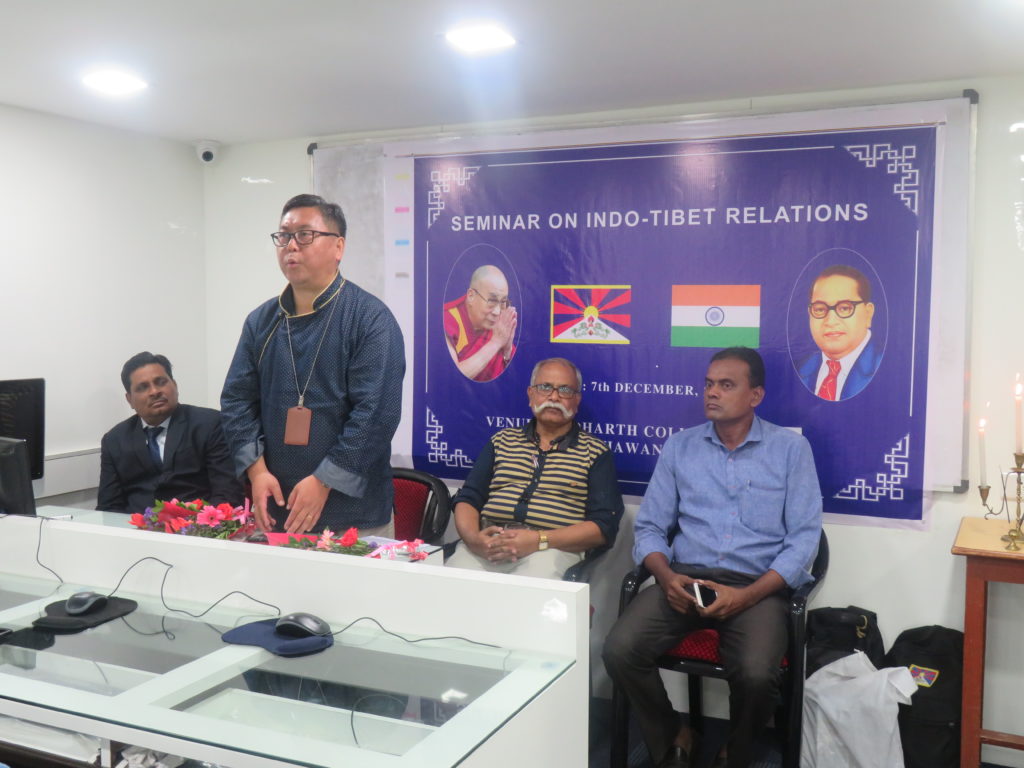 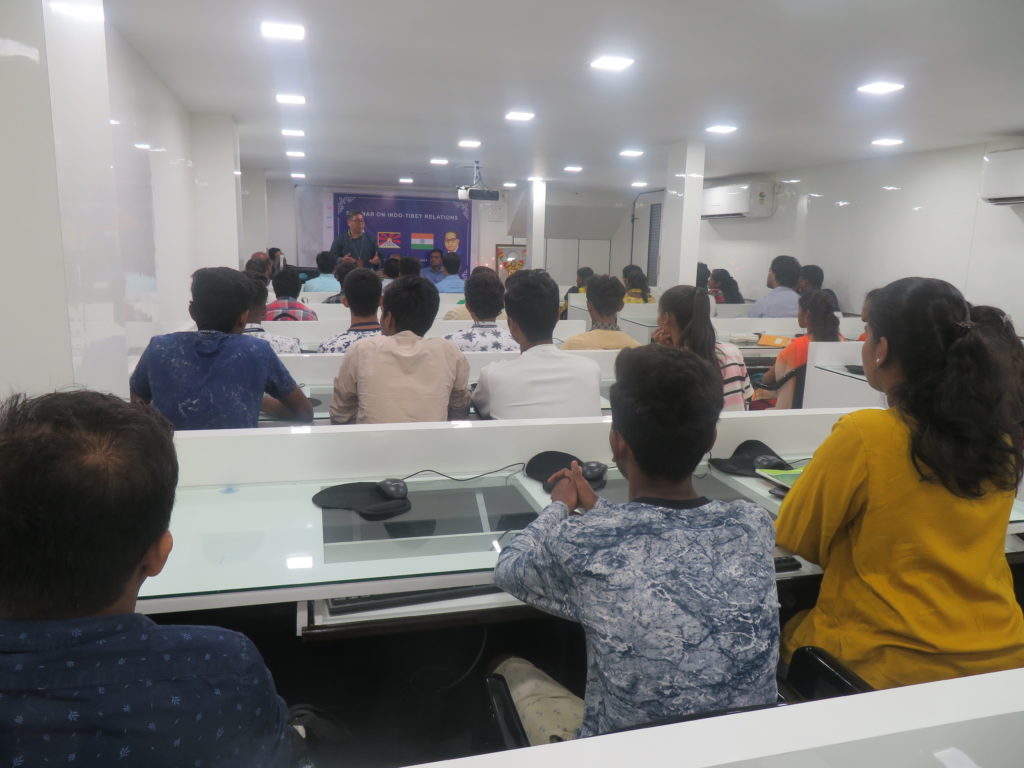 The faculties and students attentively listening to ITCO Coordinator during the seminar. Photo/ITCO 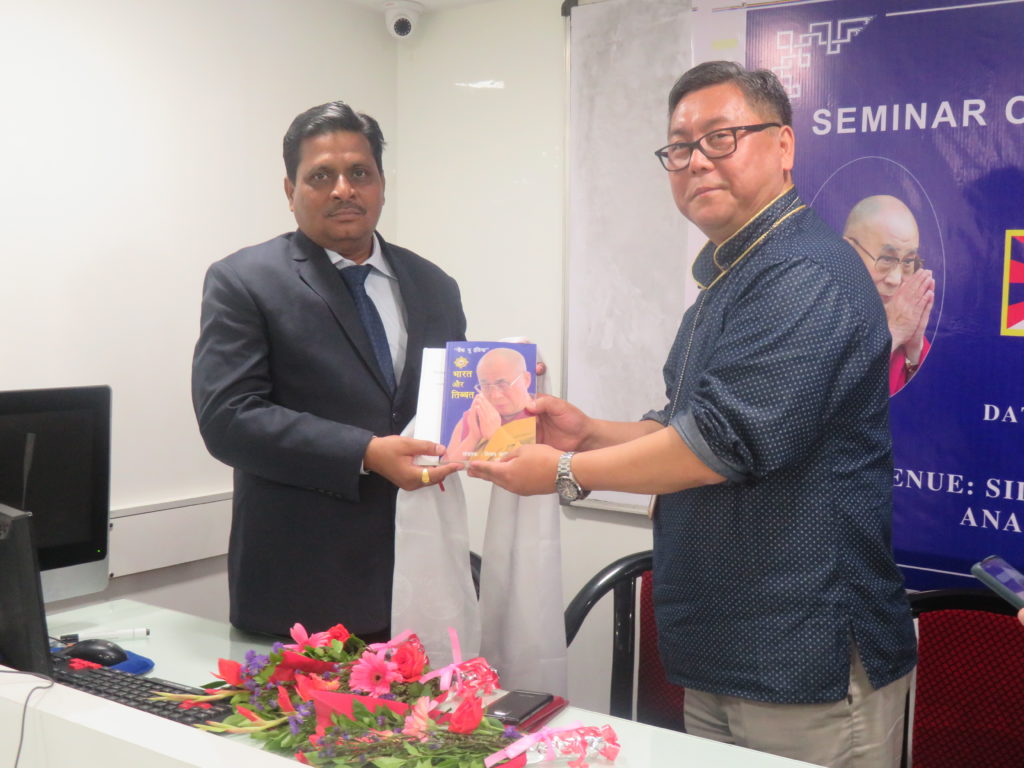 Mr. Jigmey Tsultrim presenting a khatak and some books to Dr. U. M. Maske, Principal after the seminar. Photo/ITCO