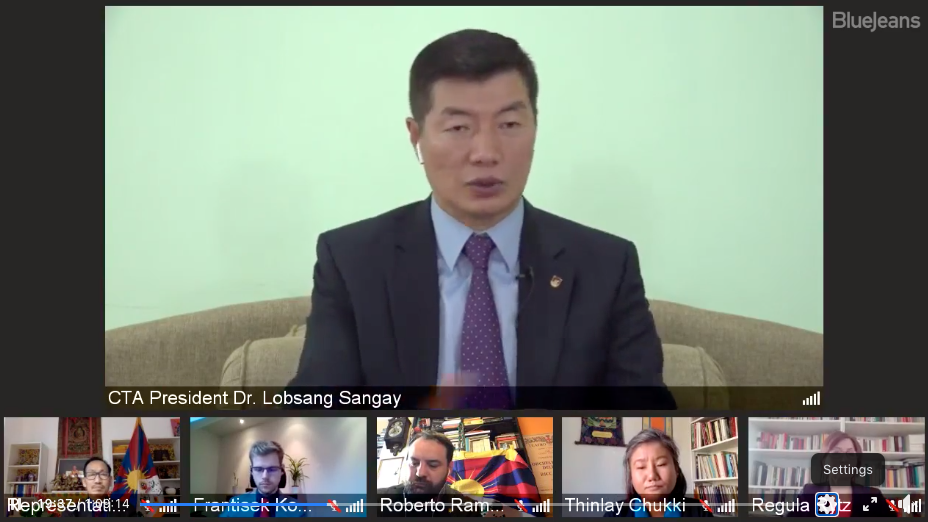 Geneva: The human rights situation in the People’s Republic of China has been seeing a downward trend since its inception in 1949. In recent times, it has only gone worse. China is now playing an increasingly aggressive role in challenging universally accepted principles of human rights and the human rights protection and assessment mechanism of the United Nations. In order to preserve the international human rights system and to bring forth the ground realities in China to counter China’s propaganda, a forum focusing on human rights in China has become more crucial than ever. In view of this essential need, the Geneva Forum came to light. Following the huge success of the previous forums, the Geneva Forum is now being held as an annual event.

Due to the global pandemic, this year’s forum was conducted virtually and Sikyong Dr Lobsang Sangay of the Central Tibetan Administration inaugurated the forum.

A message from His Holiness the Dalai Lama was also presented at the ceremony. In the message, His Holiness expressed greetings to participatants of the Geneva Forum and said the desired outcome for China is to follow global trend towards transparency and freedom and that the International community should support China in coming a nation with rule of law, respect for freedom and commitment to human rights.

Representative Rigzen reported that a week forum will deliberate on the declining freedom of religion in regions under China leading to religious persecution. The constant interferences by the Chinese government in the religious practices of believers including the selection of their religious leaders, case in point being the continuous Chinese intrusions in the centuries-old Tibetan Buddhist practice of recognition of reincarnated lamas and in particular its intention to meddle in the reincarnation of the Dalai Lamas. The forum will also discuss the larger ramifications of the Vatican’s agreement to recognize the Bishops appointed by China.

The overall goal of the Forum is to understand and analyse the religious persecution being carried out in territories under Chinese rule, to bring forth the global impact of the repressive policies of CCP on religious freedom, and to strategize and develop multilateral coordinated efforts to stop Chinese government’s interferences in the selection of religious figures and leaders.

In his inaugural speech, the Sikyong echoed the significance of democracy and transparency, the failure of which has led to the ongoing global pandemic as he criticised China for having caused the global level crisis because of its lack of transparency and disregard for democratic values.

Sikyong mentioned that in its initial period, Geneva Forum had to go through a few setbacks as the global environment back then was a bit challenging as many countries believed and supported China and its leadership partly because of the economic interest meanwhile overlooking Tibet’s situation as an exception.

He added that the Chinese government now poses a great challenge and threat to the whole world and not just the Tibetans. Either through its Belt and Road initiative or through intrusive interference in the international agencies, China is intended on impacting the world order in a corrosive way. China attempts to restructure and influence the UN to advance their definition of human rights.

“Many governments have praised China for its poverty alleviation program without identifying what the program means for the Tibetans. For Tibetans, more than poverty alleviation, it is an act of forced labour a disrobing of their rights” said Dr Sangay urging the world to spot the stark differences in this masked program.

Even though this is a Tibet specific case, Sikyong Dr Sangay mentions that China’s interference in Tibet’s religious matter has a close association with the Vatican agreement.

“The Chinese government has publicly shared document no 5 which states that the reincarnation of a religious lama can only be recognised after the registration and approval of State Administration for Religious Affairs. Similarly, the agreement with the Vatican letting China appoint bishops in its country has a global reunification. By having China appoint bishops, they are legitimizing the actions of the Chinese government which will further encourage China to interfere and sinicize the religious matters of other faiths”.

Dr Sangay pressed the need to study and analyse China’s policy freedom of religion in Tibet to understand its global impact. He insisted that the government should not get entangled with the religious matter especially a government like China’s who has zero respect for religious freedom.

Councillor Regula Rytz, member of the Swiss National Council said that the issue of Tibet is given significance by the all the parties of the Swiss parliament. She asserted that the federal council in the last few years have changed its attitude toward Tibet. While in the past many Tibetan refugees are accepted by the Swiss government but now ever since the government pursued a one-China policy, the Tibetan asylum seekers are put in a helpless situation.

Councillor Rytz assured that her parliamentary group is committed to bringing out Tibetans from the helplessness and added that they are bounded by a special responsibility.

She also pointed out that while Swiss stands for all the above principles, the country is also the first-ever country in Europe to sign a free trade deal with the PLA.

“It is, therefore, we have a special responsibility to fight the temptation to place the economic interests above the defense of human rights”, she added.

Even though large companies in Switzerland is keen to participate in the Belt and Road Initiative, Councillor noted that economic interests should not devoid them from of the values the country stands for.

Councillor Rytz strongly maintained that economic cooperation must always go hand in hand with the implementation of human rights. She added that a healthy economy mirrors a healthy democracy and no economy in the world should depend so much on other countries as being done by some of the countries with China including Switzerland.

In the view of the religious freedom in Tibet, Councillor Rytz said that her parliament is well aware of the religious persecution in Tibet and said, “the freedom of religion in Tibet receives a massive focus at the forum and the future gives all the Tibetans hope and freedom to live according to their values”. 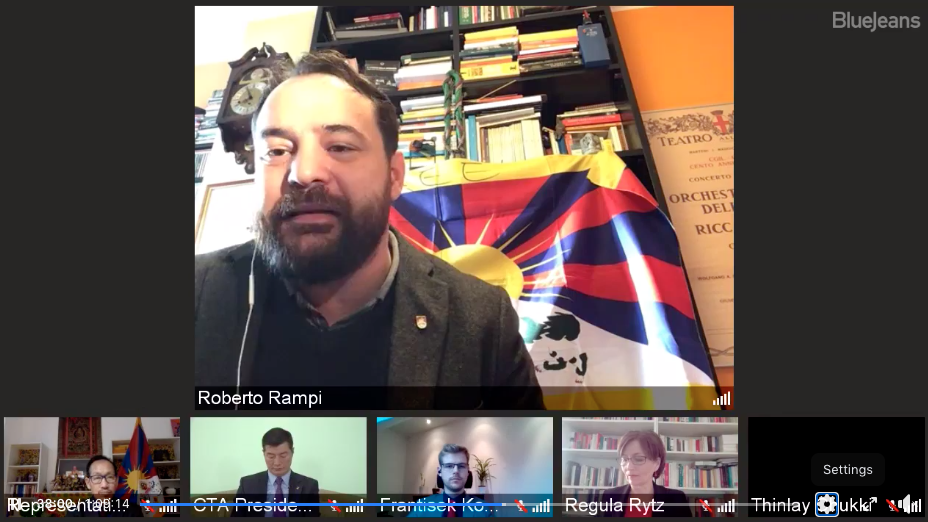 Senator Robert Rampi, member of Italy Senate condemned the governance failure of China for having caused the COVID-19 catastrophe. He said that the attitude of the Chinese government today is a big problem for the whole world.

“These days we hear a lot about climate change but we know that the idea of harmony and relationship between human and nature in the Tibetan culture is so important and something we can all learn from it,” said Senator Rampi.

He noted that Tibet’s ancient culture is an inspiration to all the cultures of the world when it comes to respecting diverse cultures and religious beliefs.

Lastly, he commended the democratic spirit of the Tibetan community in exile and offered his prayers and hope for a speedy resolution of Tibet’s issue. 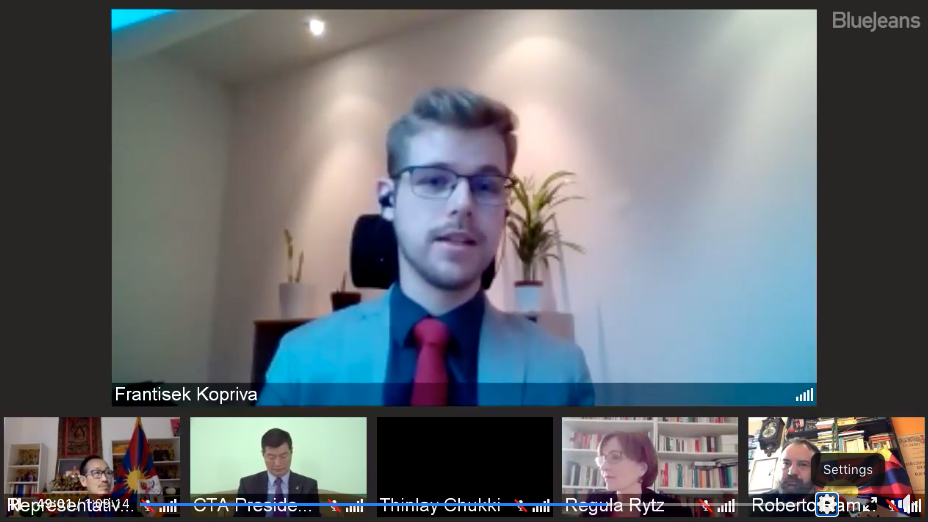 Member of House of Deputies and Co-President of Czech Parliamentarian Support Group for Tibet, Frantisek Kopriva compared the pandemic response of dictatorial and democratic systems and said that reports had put democracies above authoritarian regimes and revealed the misuse of a pandemic by dictatorial regimes to get rid of human rights and strengthen their hold.

“People all around the world deserve democracy, it’s not just for Chinese Christians, Uyghurs, Tibetans, but for Chinese people themselves.”

On the increasing influence of China in Czech and EU, he observed that China is trying to increase influence while the Czech President was trying to promote Chinese values and investments that have now become apparent to Czech citizens that it was no investment but acquisitions of buildings which brought no jobs.

He added, “Chinese regime has more downsides than their promises and we have to be more critical about our relations with China.”

“Parliamentary support group for Tibet will continue and strengthen the relations and carry the legacy of Vaclav Havel and fight for human rights and democracies around the world.” 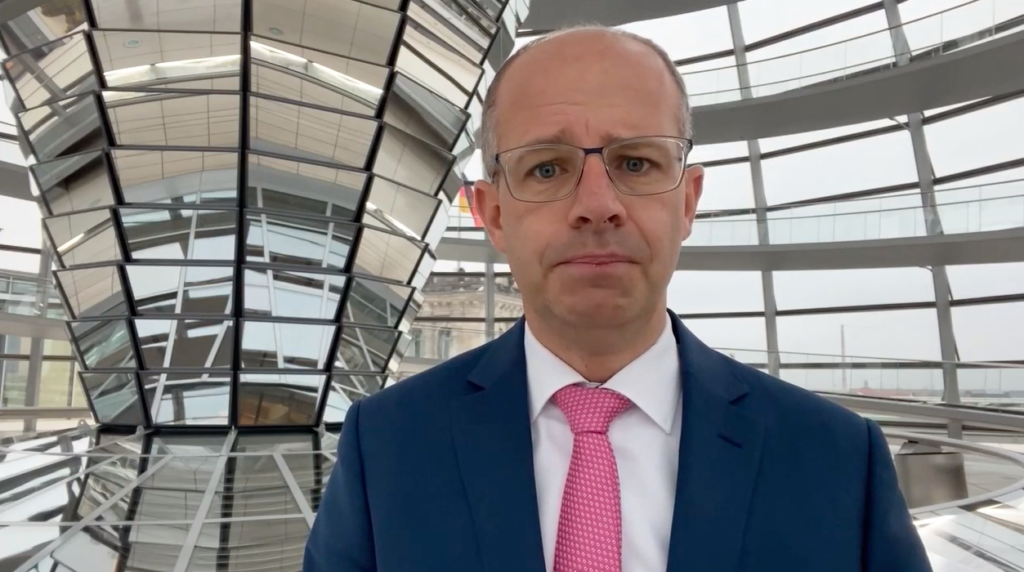 Member of Bundestag, Michael Brand commended the efforts of Sikyong in advocating for the Tibet cause and extended his apology for his inability to participate in the panel due to the ongoing pandemic which required his full attention. He compared the lockdown restrictions in Europe to the “decades-long occupation of Tibet” adding that the Chinese government is trying hard for many decades to suppress one of the oldest and most precious cultures on this planet, the Tibetan culture. He assured that the “violent insurgency against such a peaceful nation will not prevail” drawing from the example of history.

“I see it as a responsibility for every free human being to address the situation of the Tibetan nation and a moral and political obligation to support the justified struggle of Tibetans for freedom and dignity.”

He assured his commitment to “overcome the obstacles between the brutal regime and peace-loving and proud nation of Tibet.”

Alfred Riedl, President of Austrian Association of Municipalities and Mayor of Grafenworth

President of the Austrian Association of Municipalities and Mayor of Grafenworth, Alfred Riedl via a video message, expressed his thanks for inviting him to the panel which he could not attend unfortunately.

In accordance with the theme of the panel, he pointed out that the newly built Buddhist stupa behind him in Grafenworth in Lower Austria stands in spite of some opposition because of the democratic ideals of the freedom of religion that govern Austria that eventually managed to draw the critics to the stupa.

Quoting His Holiness and the Pope on tolerance and acceptance, “A prerequisite for peace is respect for being different and for the diversity of life. Other cultures are not enemies to defend against, but reflect in different ways the inexhaustible wealth of human life.” “Both although from different religions, different cultures, put it in their own way- but the content is about the same: To be tolerant and open to the other, to accept and accept others as they are – and to allow diversity.”

He added that Austria was representative of that ideal in all areas of life, in the cities, municipalities, and regions. Noting the similarity between religion and community, he said: “Both care for a community, want to improve the lives of fellow humans,  and both need strong personalities who are committed to it.”

“Diversity and individuality, tolerance and acceptance can coexist” he noted, and create a lively community and religion by helping its people grow and feel good and make their culturally diverse and rich.”

In response to the recent shooting in Vienna, he stated that the principles of democracy and self-determination established over decades will not crumble.

Moderator and Special Appointee for Human Rights, Tibet Bureau Geneva, Thinlay Chukki delivered the vote of thanks, beginning with CTA President Dr Sangay for his appearance and delivering his key Presidential note, the guest speakers, media partners, Tibet TV, Tibet.net, Bod.asia, Xizang and Tibetan Computer Resource Centre(TCRC) for facilitating the program, and Narthang Press for the poster designs and finally, the viewers.

Next day onward, the forum will begin to deliberate on four specific themes with the experts and speakers from different parts of the world. Through this Forum 2020, the organisers expect to build a network of organisations and experts focusing on human rights and religious freedom in China and develop coordinated efforts to challenge and improve China’s human rights record. It also expects to strengthen mainstream media attention and public discourse on the deteriorating human rights record in the most remote parts under the rule of the CCP. 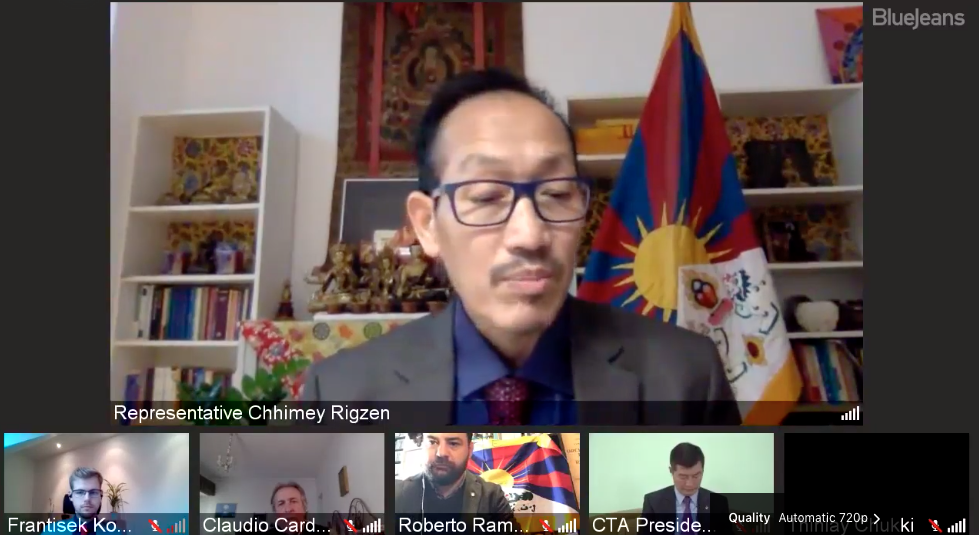 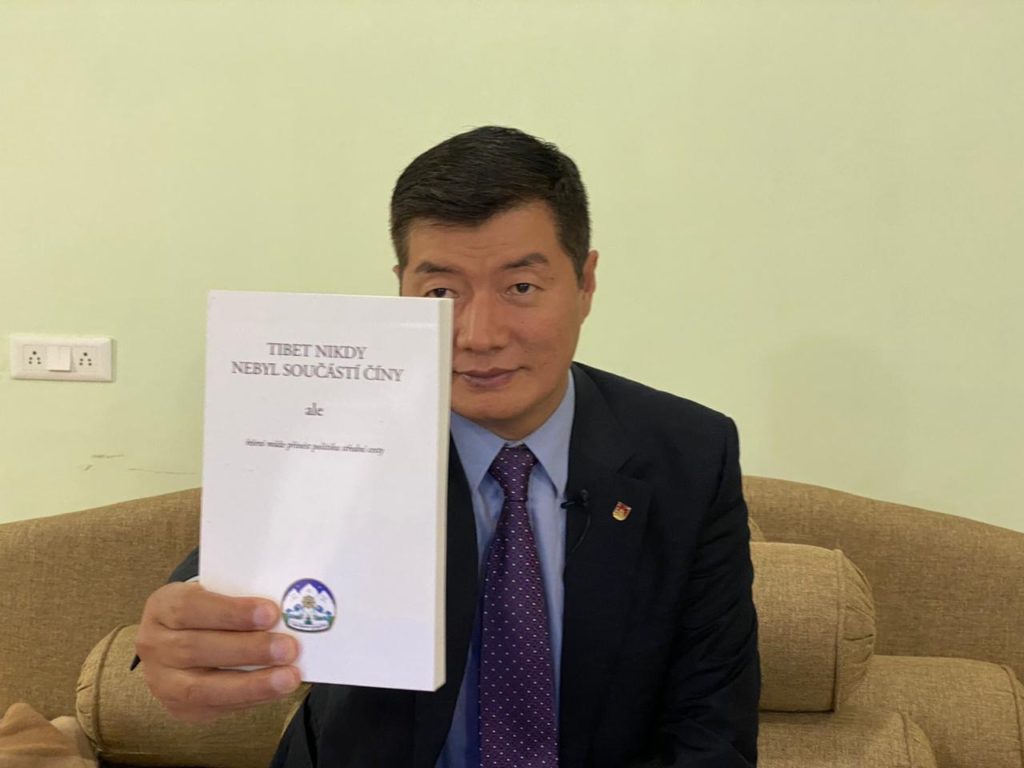