Third-Day of the Fourth Session of Tibetan Parliament-in-Exile 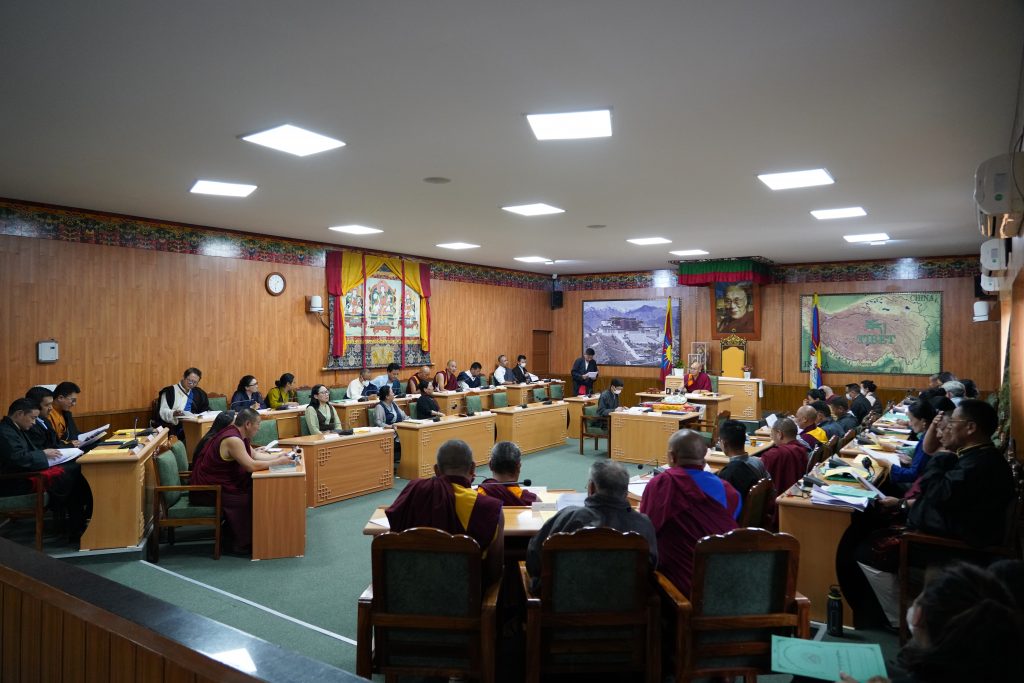 Dharamshala: Chaired by Speaker Khenpo Sonam Tenphel, the third day of the fourth session of the 17th Tibetan Parliament-in-Exile presented and deliberated on the precis 2021-2022 reports of the Department of Home (DoH).

The session proceeded with the presentation of the précis 2021-22 report of the Department of Home (DoH) by Sikyong Penpa Tsering, the incumbent Kalon of DoH. This was followed by the presentation of the Standing Committee’s reviewed report on the detailed 2021-22 annual report of the Department of Home by parliamentarian Geshe Atong Rinchen Gyaltsen.

Motion for debate on the aforementioned report was tabled by parliamentarian Choedak Gyatso and supported by parliamentarian Phurpa Dorjee Gyaldhong. Thereafter, Sikyong Penpa Tsering provided Kashag’s (Cabinet) Clarification to the reviewed report of the Department of Home by the Standing Committee.

Appreciating the overall working of the DoH, which is one of the biggest departments of the CTA, many of the parliamentarians raised their concern about the housing issues faced by newly arrived Tibetans and on the ongoing census survey being conducted by the Central Tibetan Administration. The concerns were duly addressed by Sikyong Penpa Tsering.

Suggestions were provided on the need of doing proper research before the inclusion of families into the Nyamdak Category (underprivileged) and most importantly on the need of improving the financial condition of the people listed in the category. Other issues like sustaining Tibetan settlements and protection of Tibetan ethical traditions like compassion, altruism, etc. were discussed in the session.

Sikyong Penpa Tsering, the incumbent Kalon of DoH, provided requisite answers to all the questions and doubts raised in the house.

The deliberation on the report of the Department of Home, Central Tibetan Administration, will continue in today’s sitting.

The session adjourned at 5pm. 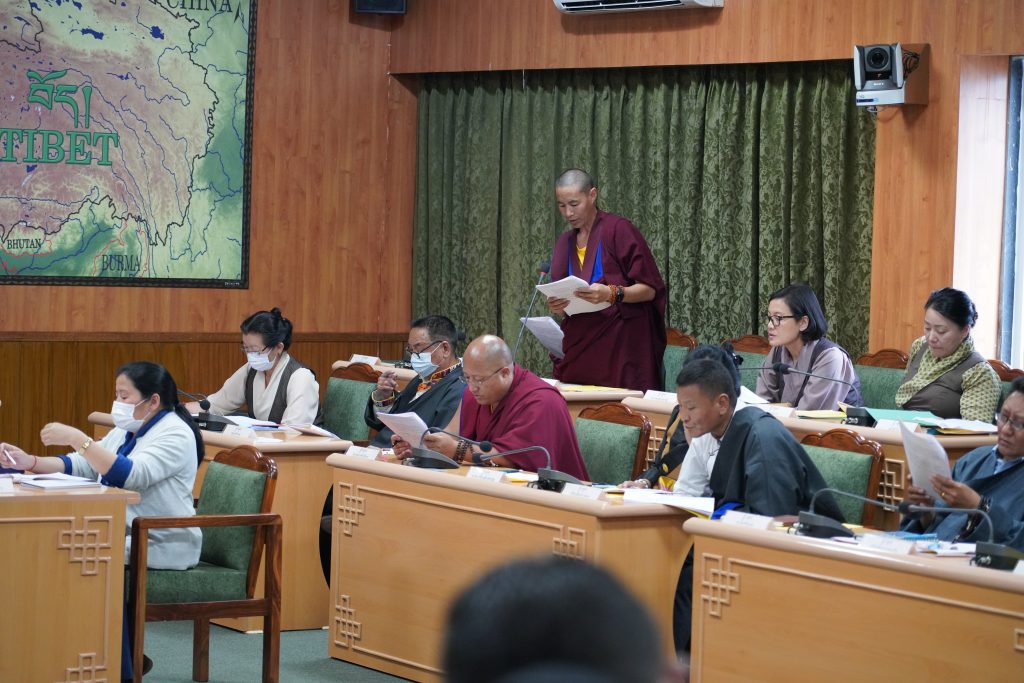 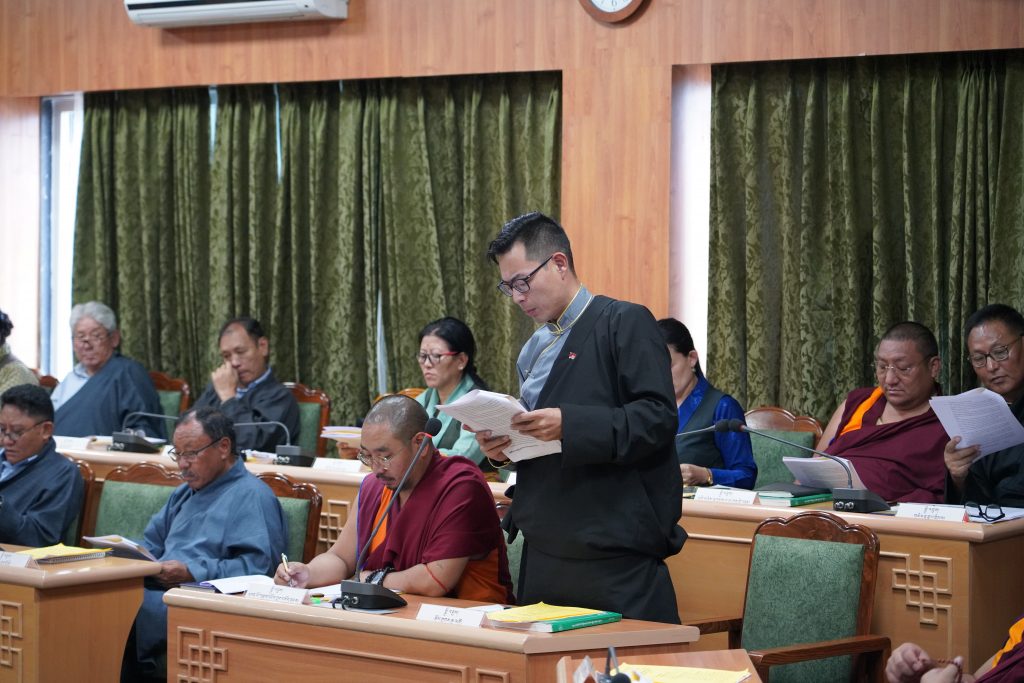 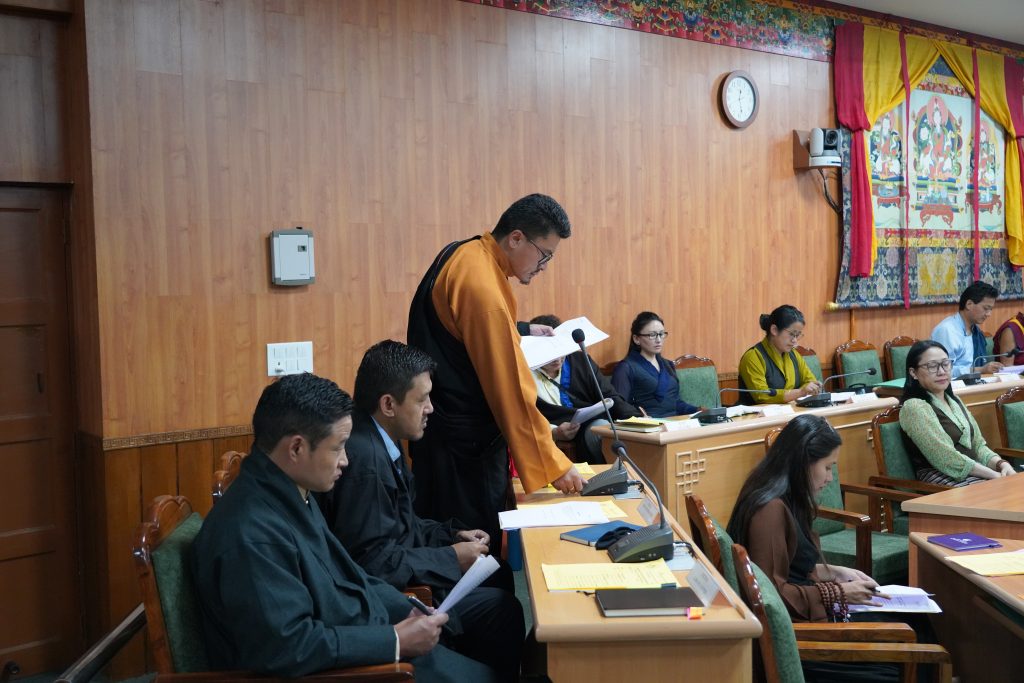