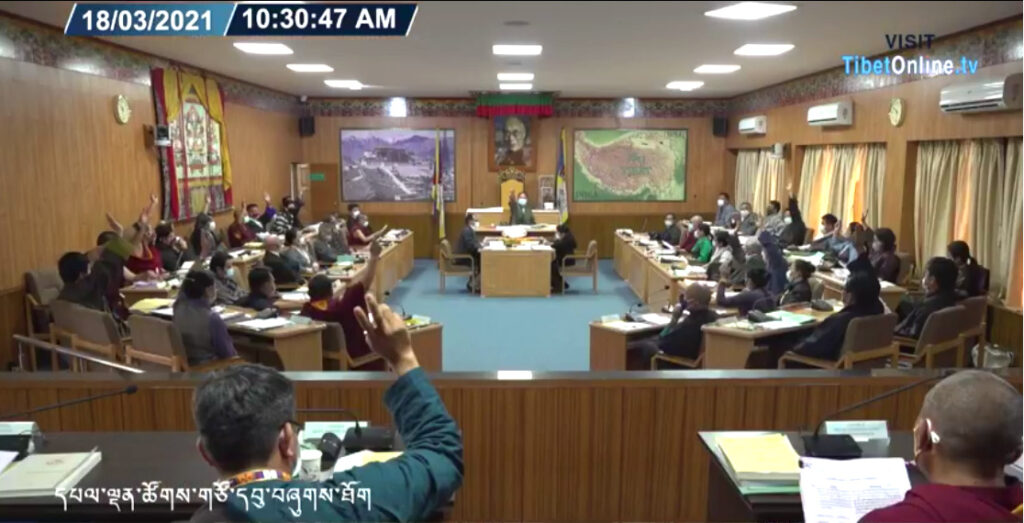 The house votes on the proposed bills on the fourth day. Photo/TPiE

Dharamshala: Chaired by the Speaker Mr Pema Jungney, the fourth day of the 10th session of the 16th Tibetan Parliament-in-Exile convened with the continuation of the debate on the official solidarity motion on the critical situations inside Tibet from the previous session.

After due deliberation, the official solidarity motion on the critical situations inside Tibet was passed unanimously with the addition of two points and some minor changes.

The session continued with clarification by Sikyong Dr Lobsang Sangay, Kalon of the Department of Information and International Relations against the questions raised on the Tibet Policy Institute (TPI) from the previous session.

Kalon Karma Yeshi, Department of Finance (DOF) and Sikyong Dr Lobsang Sangay, Kalon of the Department of Information and International Relations (DIIR) delivered the relevant clarifications to additional questions raised. Touching upon how political campaigns impact the larger Tibetan movement, Sikyong advised Tibetan individuals and organizations to steadfastly adopt nonviolent and peaceful ways in their approach and cautioned Tibetans to be ever vigilant of Chinese cyber-espionage.

Parliamentarians lauded the work of the Office of Tibet, DC; Tibet Bureau, Geneva and other Offices of Tibet. The house raised other important issues such as the danger posed by the Chinese Confucius institutes springing up across the world and extended their appreciation to the Student of Free Tibet (SFT), Tibetan Youth Congress (TYC), Tibetan community of the US, and others for their invaluable contribution in closing down more than 50 Chinese Confucius Institutes in the US.

Some queries were made with regard to the working of the Chinese Liaison Officer, Greenbook, Middle Way workshop, etc.

The session adjourned till Friday morning.

Speaker presides over the proceedings of the fourth day.

Sikyong delivers the clarification of Kashag and responds to other queries of the Parliament. 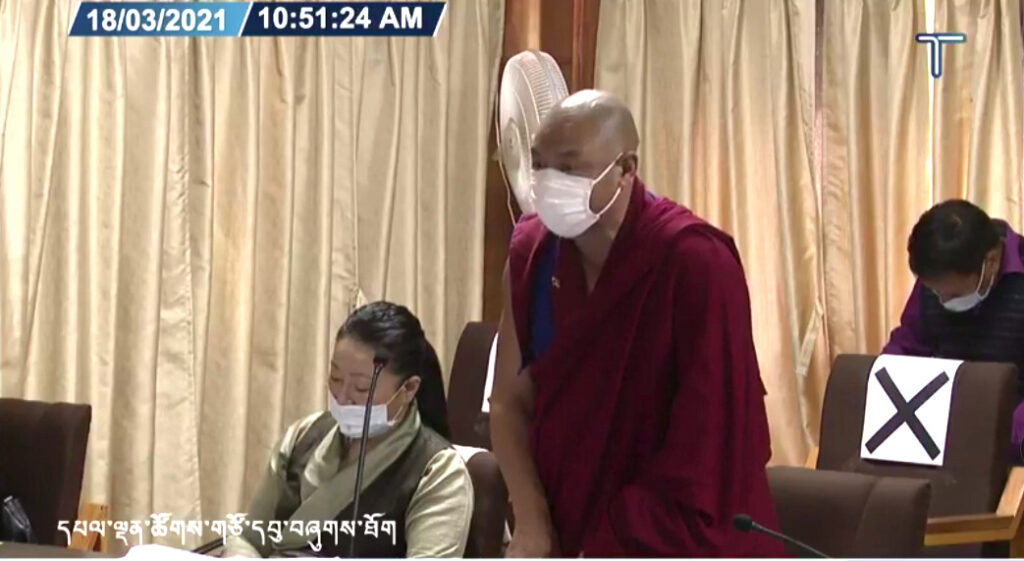