CTA President Dr. Lobsang Sangay also holding the portfolio of DIIR Kalon graced the inaugural session. “There is always room for improvement. Back then it was just Tibet online but now there are other mediums through which we can provide information. We should work hard to improve the digital news platforms like Tibet.net, Bod.asia, Xizang-zhiye.org and Tibet TV  ” said President Dr. Sangay.

“There was a time when we used to seek information from other news platforms but now we have become the most credible source for most news on Tibet and CTA.”

President Dr. Sangay also stressed on increasing efficiency at work. “Better infrastructure and technological apparatus alone is not enough, we need to incorporate efficiency in our work.”

He urged the CTA Media Coordinators to take utmost care of the details and content of their reports and framing of images while filing news reports. He also emphasized on the difference between a narrative and story: narrative is the representation or a specific manifestation of the story, rather than the story itself and said we should therefore build a strong Tibet narrative that will have a mass buy-in.

Shobhan Saxena (Indian journalist at the Wire and Times of India) and Tenzin Peldon (Chief editor for Voice of Tibet) were invited as expert speakers.

Shobhan Saxena’s presentation on “Journalism in the digital area” delved on how the media today can be categorized into  Mainstream media, Alternative media and Social media and on the importance of building a community or a network that connects bloggers, reporters, tweeters and writers, bringing them on a common ground. He also said the Tibet Story can be told as hard story, soft story and human interest story.Speaking on the prominence of social media, he said unlike the previous years, these days a tweet becomes a story. 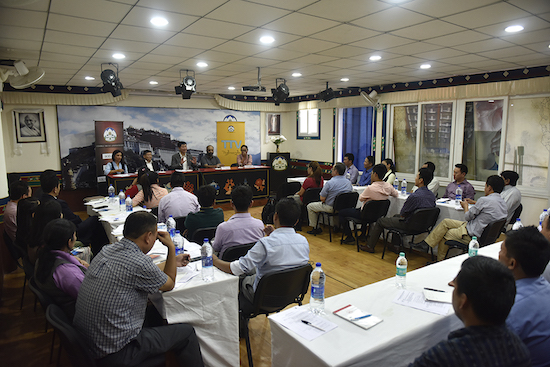 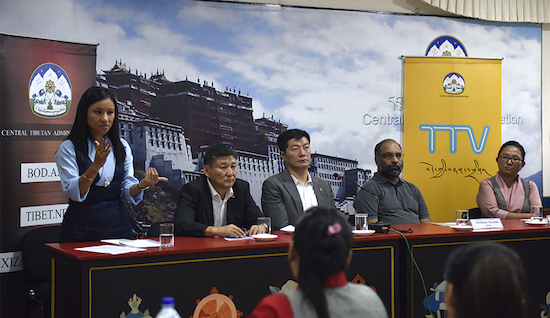