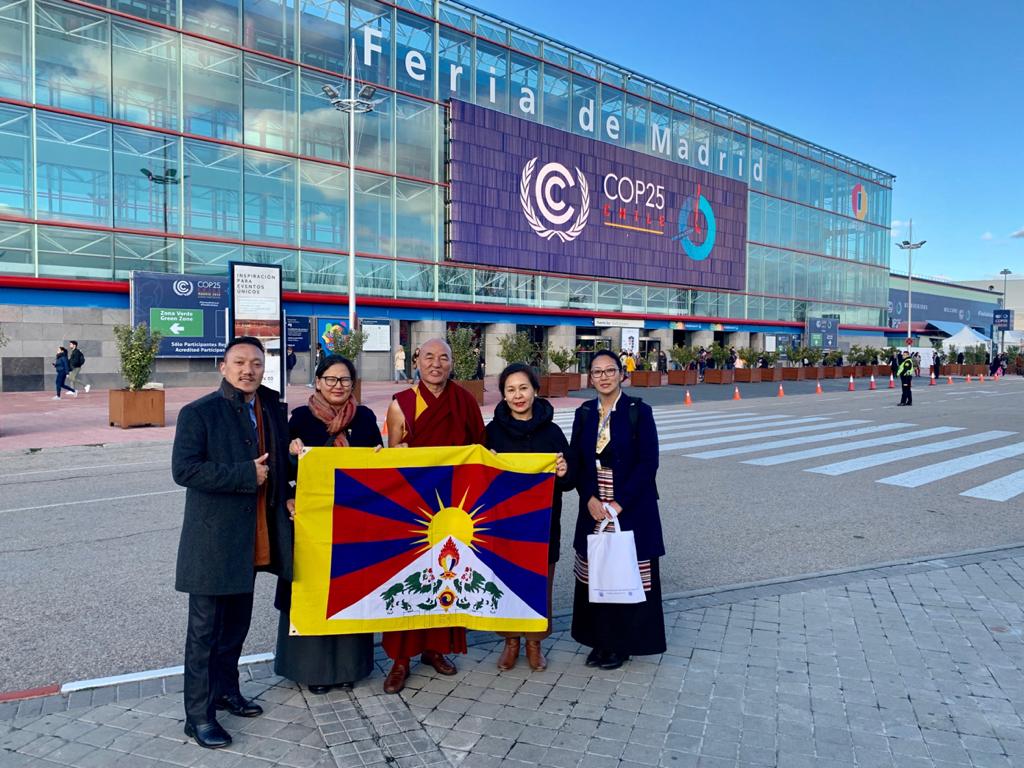 Madrid, December 07: A strong Team of Tibetan delegates highlights Tibet’s Ecological Importance at the COP25 UN Climate Summit, which is currently being held in Madrid, Spain.

A team of Tibetans and Tibetan supporters have come together at the ongoing COP25 Climate Summit in Madrid. The mega climate conference organised by the United Nations has attracted more than 20,000 experts, climate and environmental activists, government delegates and civil society groups.

The ‘Team Tibet’ had made a highly visible presence both at the official and civil society venue of the UNFCCC. The two environment researchers from the Tibet Policy Institute, Tempa Gyaltsen Zamlha and Dechen Palmo, leading the ‘Team Tibet’ has been able to meet official delegates from more than 25 countries so far, to personally apprise them of Tibet’s global ecological Importance and urged the delegates to make  Tibet central to any discussion on global climate change. Also present at the official venue of the conference, Kyingzom Dhongdue of Australia Tibet Council and Kai Muller of ICT Germany have been able to raise Tibet’s environmental issues with different delegates.

Another team of Tibetans and Tibetan supporters led by Venerable Thupten Wangchen of Casa del Tibet, Spain with efficient support from Chokhorling and Thupten Dhargyeling made a strong presence at the Green Zone or the civil society venue of the Conference, attracting huge attention and interest from the participants and media groups.

The ‘Team Tibet’ also took part in the Climate Strike, led by inspirational teenager Greta Thunberg on 6th December. The team had another highly visible presence despite the massive crowd, carrying Tibetan flags and Posters with short messages.

A poster messages from His Holiness the Dalai Lama read “Climate change is not the concern of just one or two nations. It is an issue that affects all humanity and every living being on this earth.”

On 7th December, the ‘2nd Climate Action for Tibet’ panel Discussion will be held at the famous Ateneo de Madrid hall to highlight Tibet’s ecological importance and current environmental situation. The Panel Discussion is organized by the Tibet Policy Institute and the Casa del  Tibet, Spain. 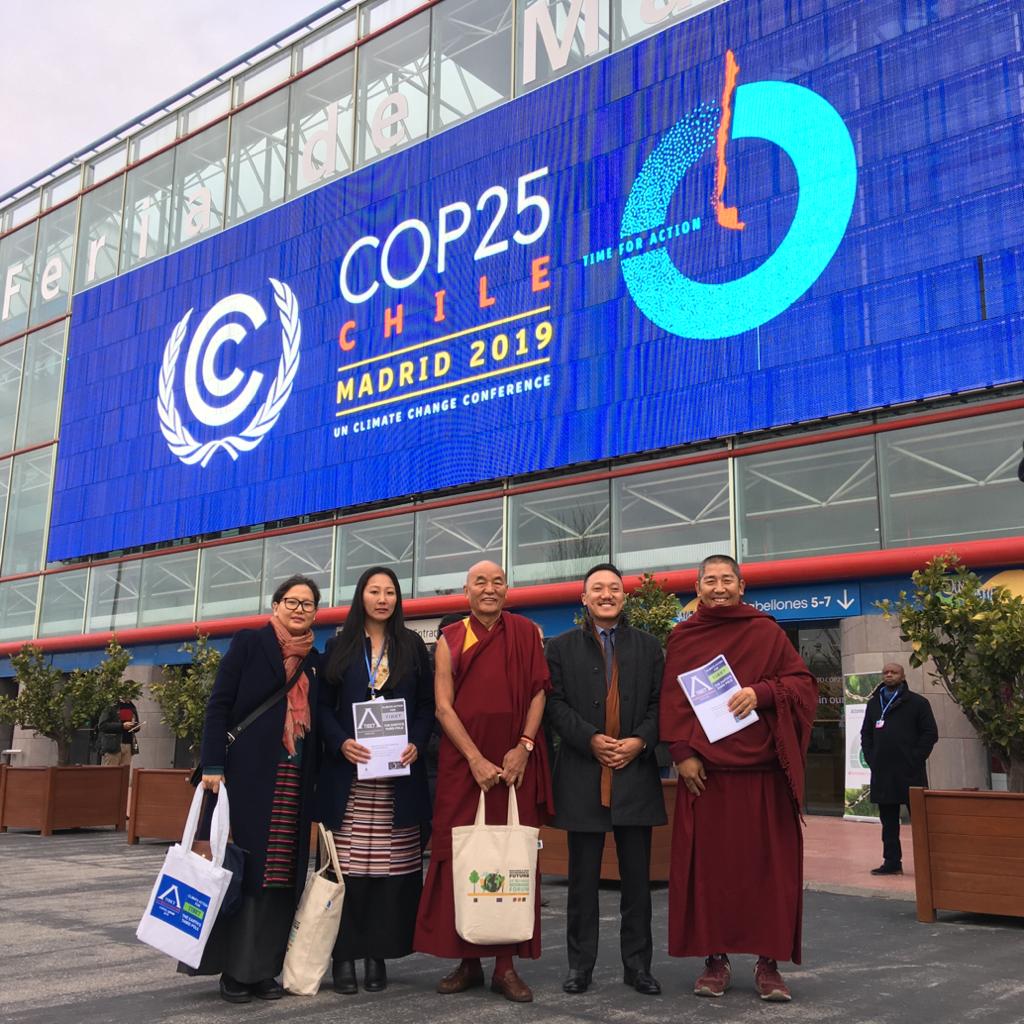 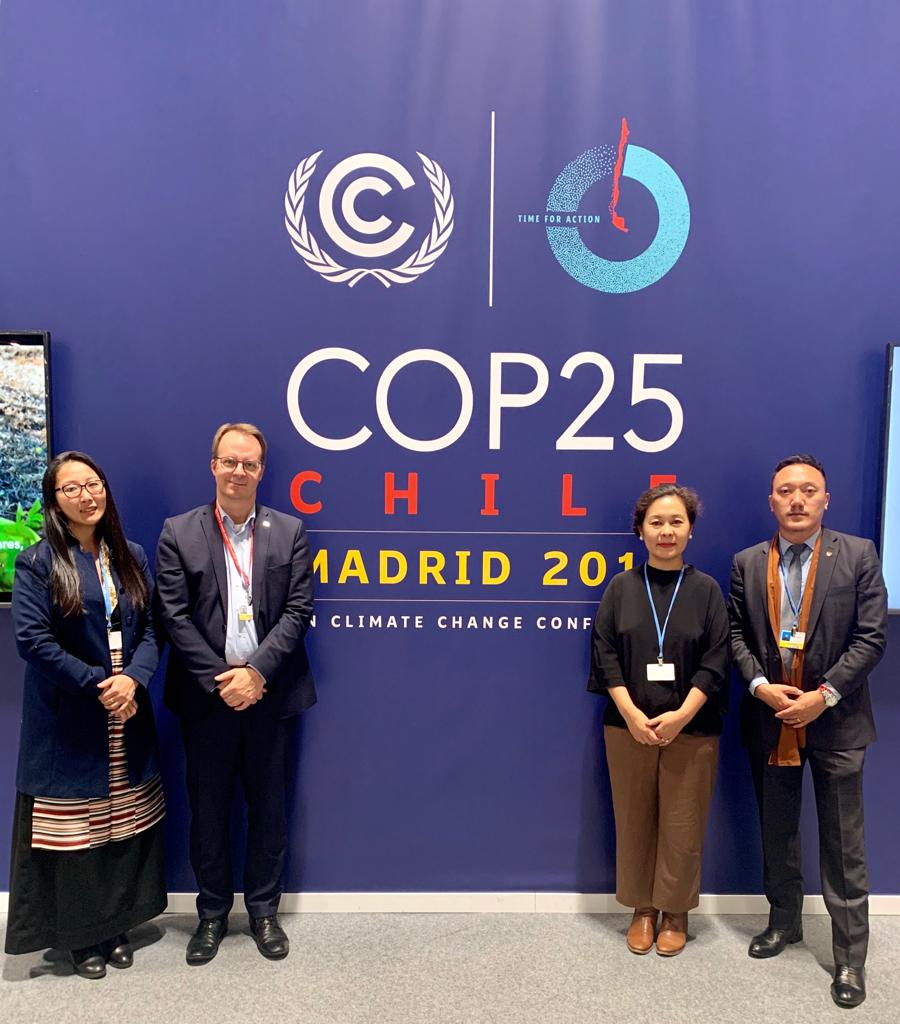 Team Tibet at the official venue of the COP25, Madrid, Spain.