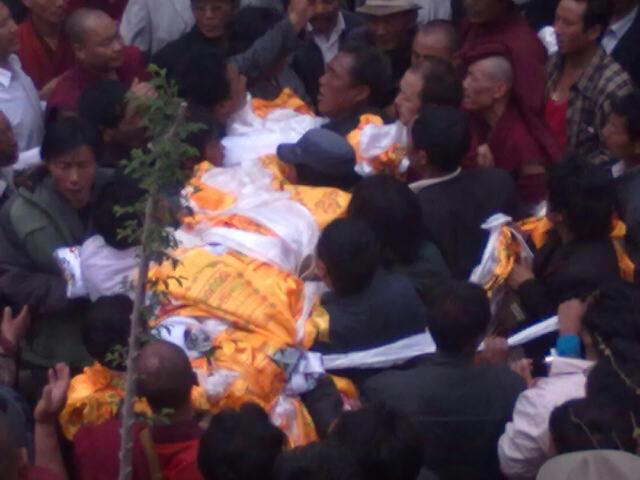 DHARAMSHALA:  The Central Tibetan Administration is deeply saddened by the recent situation in Tibet involving the death of another Tibetan and strongly urges China to reform it’s failed policies in Tibet to end the on-going wave of self-immolations.

Tamding Thar, a Tibetan nomad in his late 50s, set himself on fire at 6:30 am (Local Time) in front of the local police station in Amdo Chentsa, northeastern Tibet today, protesting against the Chinese government.

The local police officials have snatched his body after the self-immolation but has handed over his dead body to his family members afterwards.

Thousands of Tibetans and monks from the near by monasteries came to pay their last respects and express their solidarity at his funeral. Tamding Thar is survived by his children and wife.

Tamding Thar hails from Lowa, a small nomadic village in Chentsa county, Malho. Reports also say that Tamding Thar and his family were forcibly taken to the county a few years ago under the ‘nomad relocation’ policy of the Chinese government.

The situation in Chentsa is currently very tense as hundreds of police and military personnel have entered the town, keeping a strict vigil on the movements of the local Tibetan community.

The Central Tibetan Administration has repeatedly appealed to the Chinese government to address the genuine grievances of the Tibetan people and to provide a lasting and peaceful solution to the grim situation prevailing inside Tibet.

Since 2009, 40 Tibetans have set themselves on fire to protest the Chinese government’s failed policies in Tibet. They have called for freedom and the return of His Holiness the Dalai Lama to his homeland. (See Factsheet)

Earlier in May, two Tibetans set themselves on fire in front of the Jokhang temple in Lhasa, Tibet’s capital while a Tibetan woman, Rikyo set herself on fire in Zamthang, northeastern Tibet. 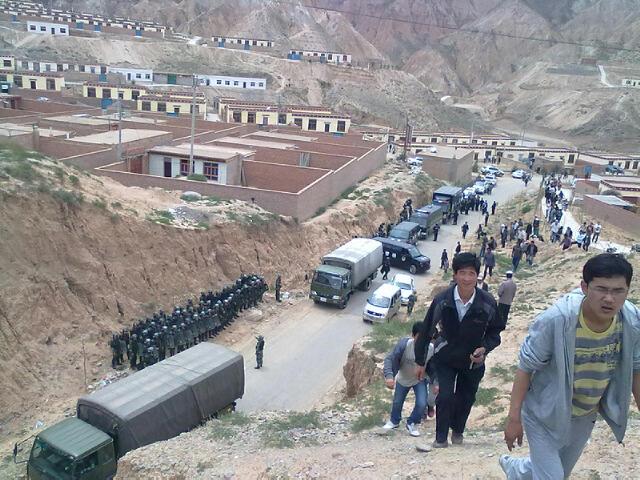 Chinese riot police keeping a strict vigil on Tibetans after the self-immolation of Tamding Thar in Amdo Chentsa. Photo/Bod-Kyi-Dus-Bab