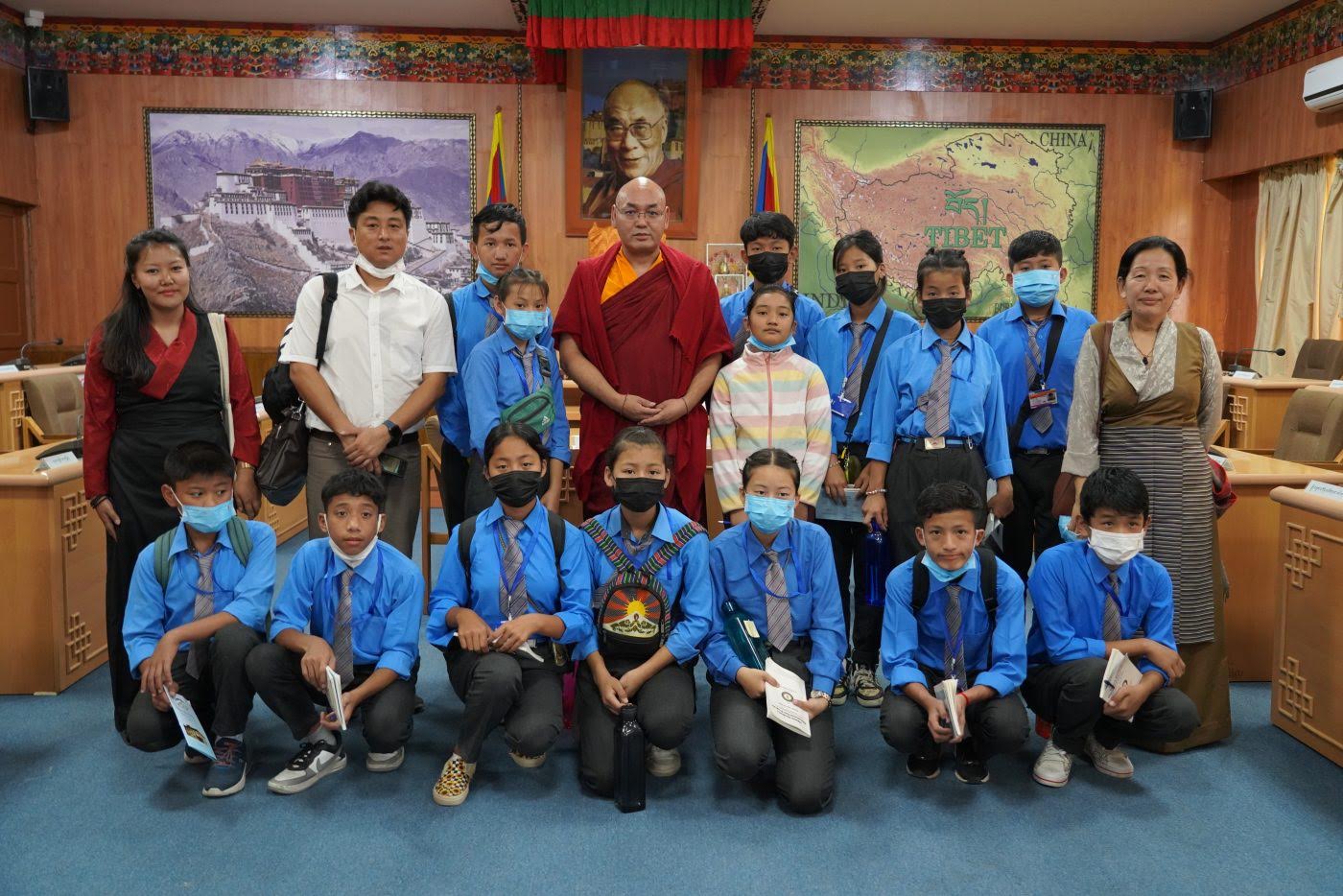 Dharamshala: Speaker Khenpo Sonam Tenphel of the Tibetan Parliament-in-Exile met and interacted with the student group from Miao Sambhota Tibetan School (STS) organised under the Tibetan student’s education tour program by the Lha Charitable Trust. The students escorted by two of their teachers were given detailed introduction on the evolution of democracy in exile Tibetan community under the leadership of His Holiness the Dalai Lama. Followed by devolution of the political role by His Holiness, election of the first ever Kalon Tripa in 2001 and other changes in the political setup and functioning of the CTA that followed.

Shedding some light on the functioning of Tibetan Parliament-in-Exile, the Speaker explained how the parliamentary procedure and business are executed including budget approval, legislative amendment, and others during parliamentary sessions.

Student group led by two teachers extended their gratitude to the Speaker for sparing time from his busy schedule to interact with the students coming from a small faraway Tibetan settlement in Arunachal Pradesh.

The students, aged between 13-14 years old, will be engaging in different exposure activities in Dharamsala from 30th May to 8th June of 2022. 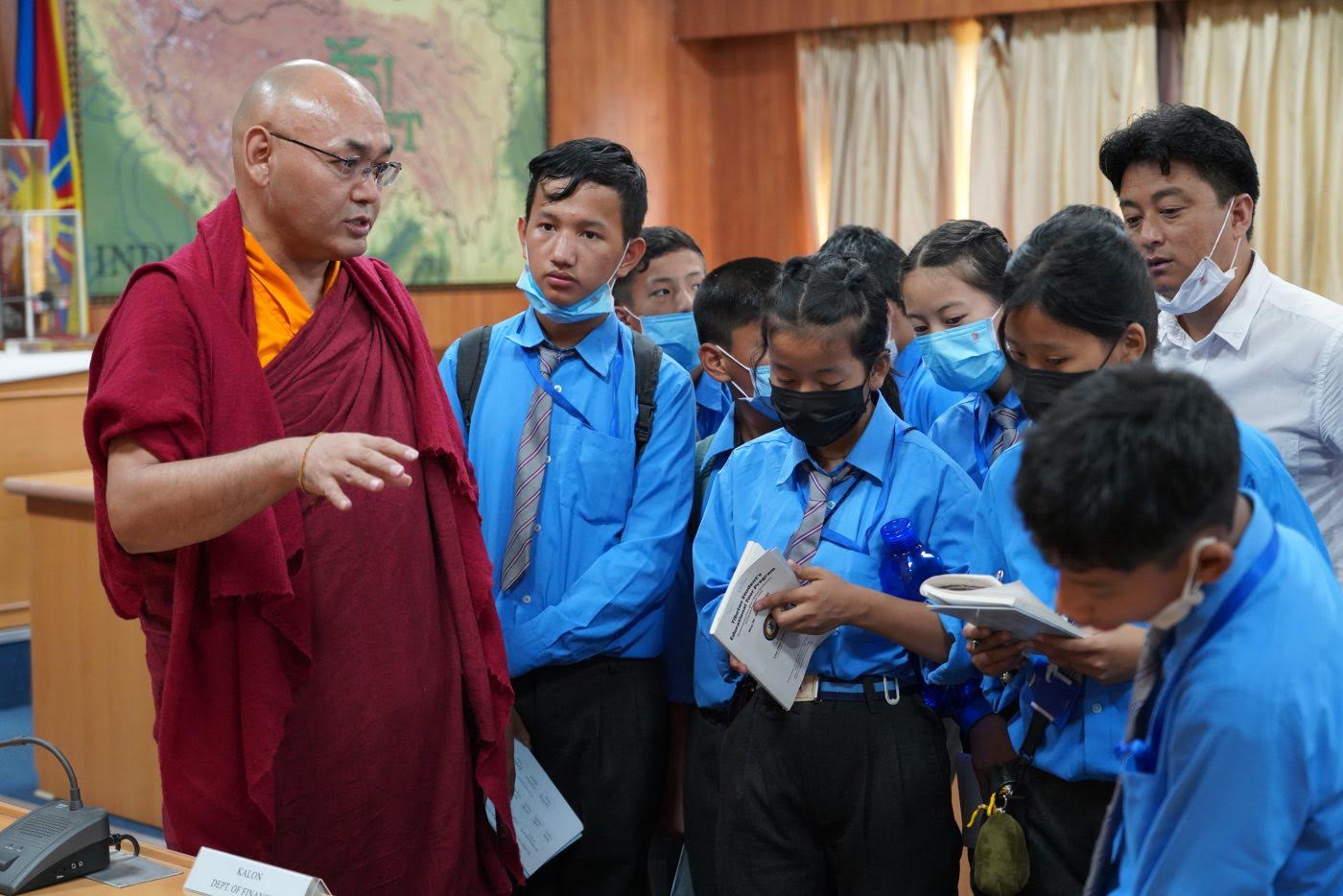 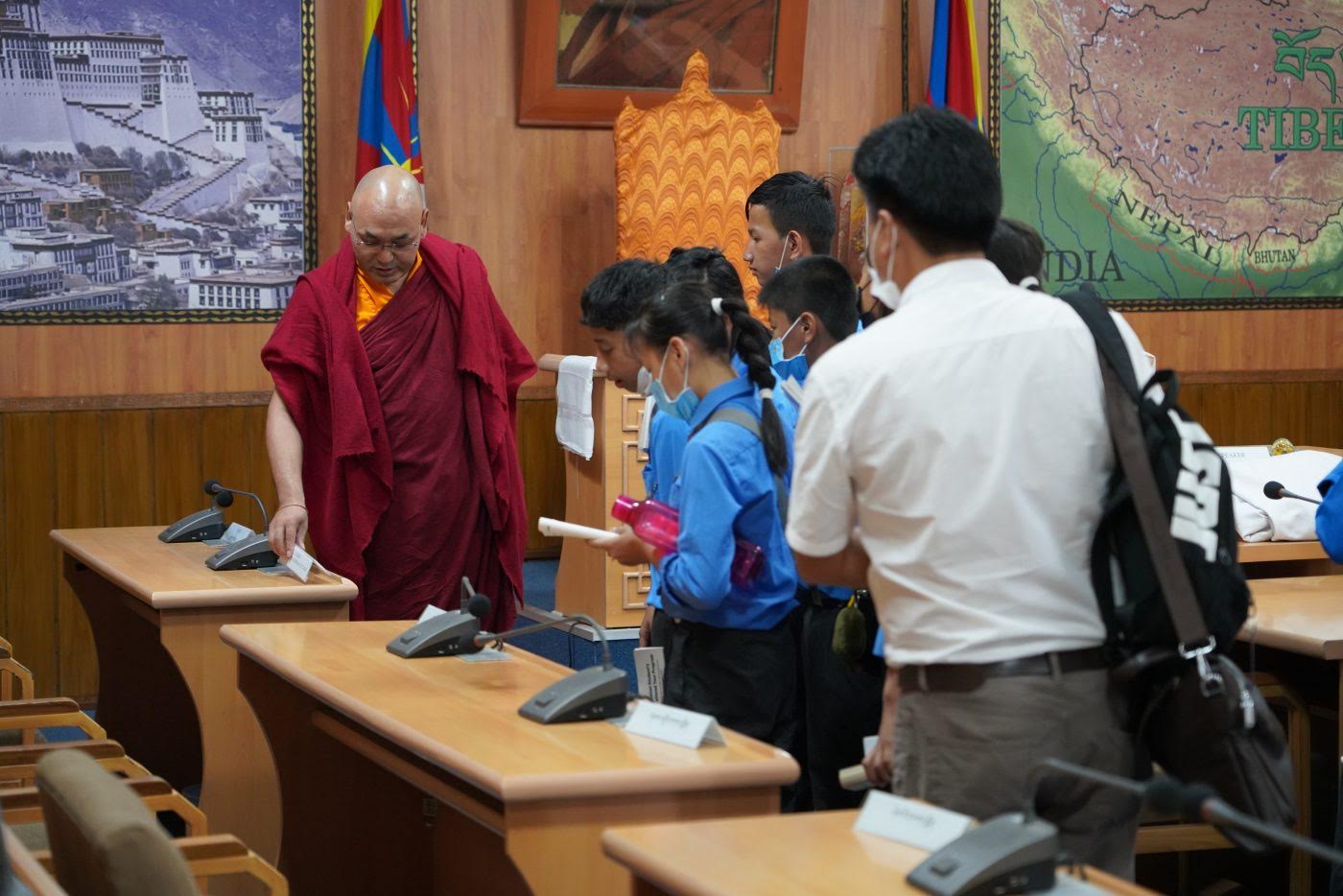 Speaker Khenpo Sonam Tenphel explaining the functioning of the Department of Religion and Culture of the CTA. 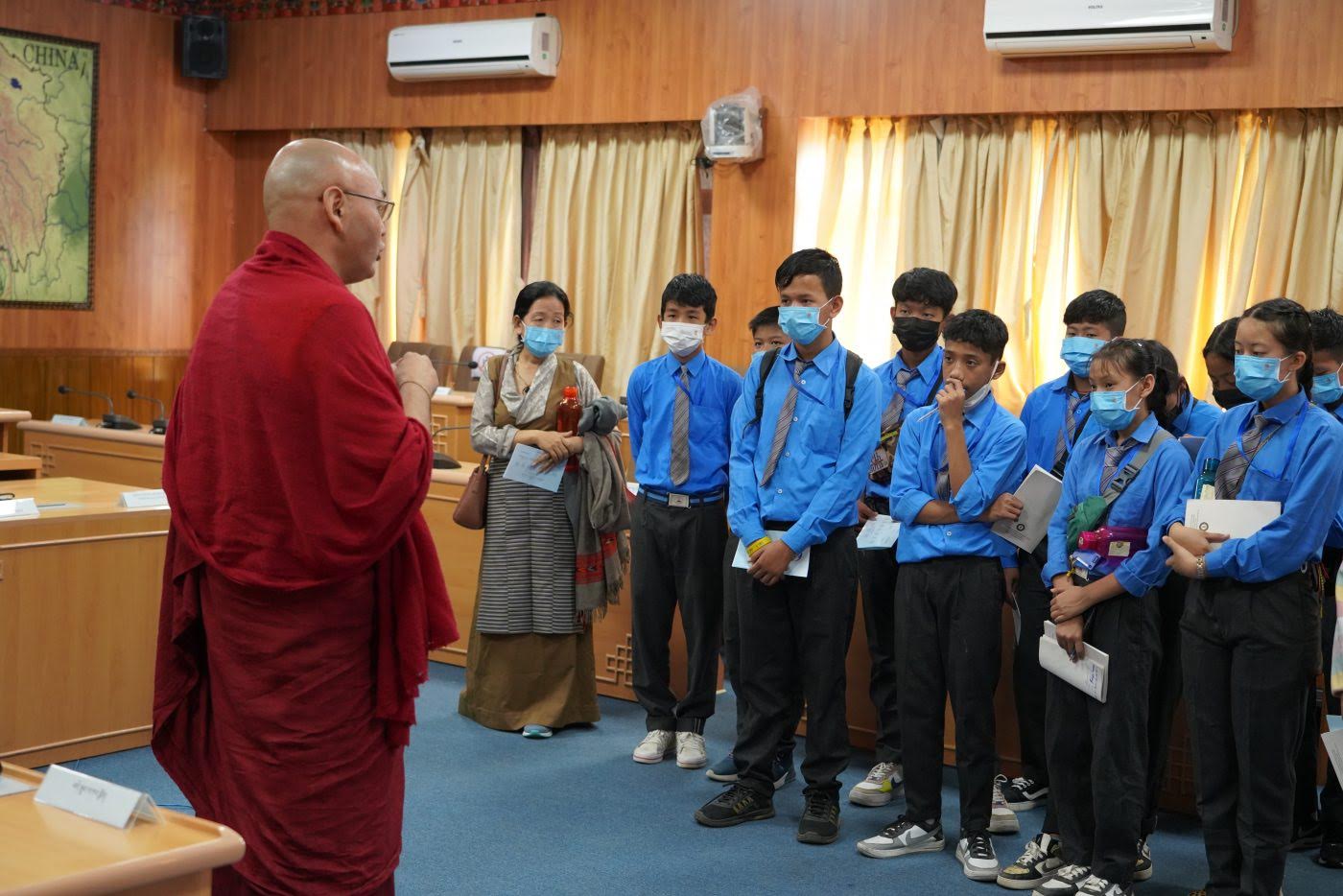