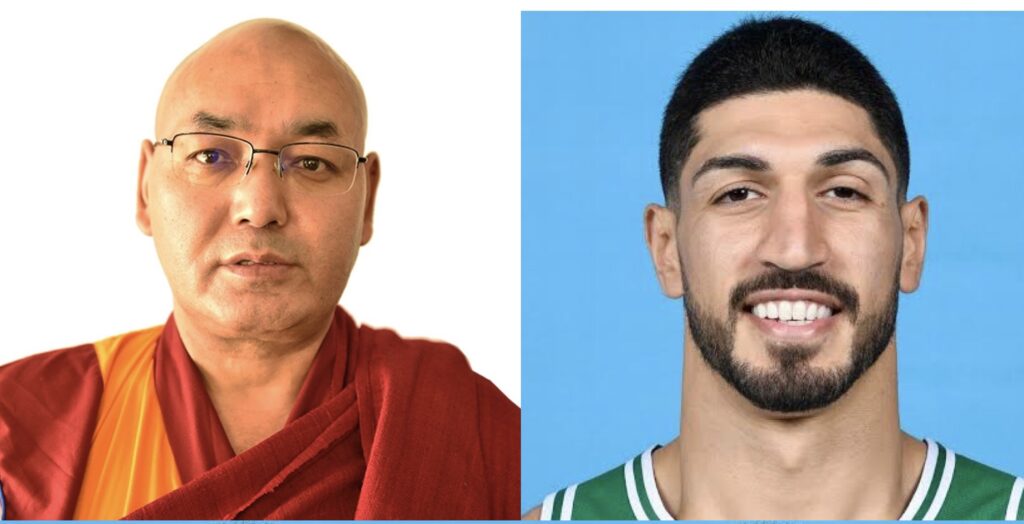 Dharamsala: Speaker Khenpo Sonam Tenphel of the 17th Tibetan Parliament-in-Exile, on behalf of the Tibetans inside Tibet and around the world, expressed gratitude to the professional basketball player Enes Kanter of Boston Celtics, National Basketball Association for his invaluable support for the cause of Tibet and urged for his continued support.

In a letter written to the NBA player, the Speaker wrote, “We are very delighted and grateful for your solidarity with the truth. The voice that you have raised shows how much you support truth and justice.”

“Since the illegal invasion and occupation of Tibet by the People’s Republic of China in 1959. Tibetans are not only deprived of basic and fundamental human rights. They are subjected to brainwashing with forced labour in indoctrinating camps, while millions live in fear amid vast surveillance within their homes.”

“The recent transfer of Wang Junzheng, CCP Secretary of Xinjiang to Tibet indicates the CCP’s intention of clamping down every move by Tibetans who uphold their love and pride for being Tibetans.”

“At this crossroad of brutal and inhuman atrocities in Tibet, we value every single voice raised in support of our brothers and sisters in Tibet. We also invoke the conscience of every human to be the voice of the voiceless. Hence your stand for truth and justice and your voice gave a ray of hope for them.”