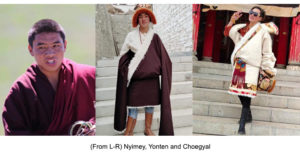 Earlier this month, on 7 November, hundreds of hand-written leaflets calling for Tibet’s independence were found in the courtyard of the county’s government office. On the same day at night, local authorities came to Dza Wonpo Gaden Shedrup Monastery and arrested the four monks Kunsal (20), Tamey, Soetra and Tsultrim (all-around 18) and their religious teacher Shergyam, said a source in exile with contacts in the region.

Four of the monks are still arbitrarily detained in Sershul county while the fifth monk, their teacher was held for 11 days before he was released on 18 November.

In a separate incident, on 18 November at around midnight, a sixth monk from the same monastery, identified as Nyimey in his mid-teen was arrested by local police. It is believed that Nyimey’s arrest was linked to his expression of support to the protest on 7 November and criticizing the Chinese policies against the Tibetans on the internet. Three days later, Sershul authorities arrested two more Tibetans youth from the town totaling the known arrests of Tibetans in Sershul, Karze to eight so far. 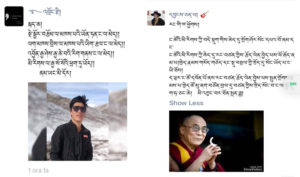 On 21 November, Thursday at around 2:30 pm local time, two laymen in their early twenties, Yonten and Choegyal raised slogans calling for Tibet’s independence, human rights and freedom in Tibet in front of the Government office in Dza Wonpo town. The duo also distributed leaflets calling for Tibet’s independence and opposing the Chinese rule. Additionally, Yonten and Choegyal posted a statement on WeChat social media app wherein they expressed solidarity with the arrests of monks from Dza Wonpo town. Choegyal is the elder brother of Nyimey who was arrested on 18 November.

Two short videos with a picture of His Holiness the Dalai Lama and a background song in praise of His Holiness, as well as pictures of themselves and their hand-made leaflets in red ink were also posted by the two youth before their arrest, which was shared to the Human Rights Desk, DIIR, CTA by the same source.

The reason behind the protest in Dza Wonpo

The arrests and continued detention of the seven Tibetans in Dza Wonpo, Sershul county in Karze following their demonstration against the Chinese authorities are said to be prompted by the continuous practice of forced resettlement of the local Tibetan nomads to towns under Chinese government’s “nomad relocation” policy in the region. The number of Tibetan nomads in the region has decreased dramatically in recent years. In the new housing facilities, the Tibetans are prohibited from keeping His Holiness the Dalai lama’s pictures and instead they are forced to hang up the pictures of Chinese communist leaders. Tibetan nomads are forced to praise the Chinese communist party which is then filmed and shared with Chinese state-controlled mass media, explained the source.

“Some Tibetans have taken part in the government propaganda program but many nomads have also refused to take part saying they will not take part even at the cost of their lives and this has created discomfort and disagreement between the Tibetan people.” He further added that by creating this kind of a milieu, the Chinese government is successful at hurting the deep faith and sentiments of the Tibetans while creating tension and division in the local community.