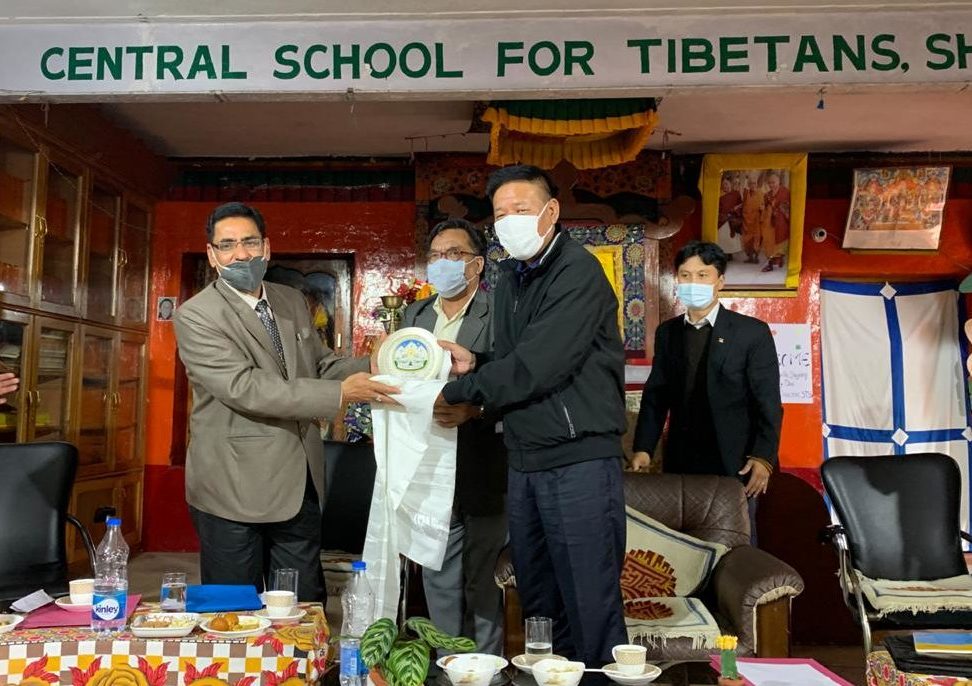 Sikyong Penpa Tsering presenting the emblem of CTA as a memento to principal Shri S K Singh at CST Shimla.

Dharamshala: Sikyong Penpa Tsering today visited the Central School for Tibetans (CST) based in Shimla and addressed the staff of the school. He is accompanied by Education Secretary Jigme Namgyal and Director Tsering Dhondup of Sambhota Tibetan School Society (STSS). The visit is part of his ongoing official visit to the five CTSA schools that are yet to be transferred to the education department’s Sambhota Tibetan School Society (STSS).

Sikyong was welcomed to the school by principal S K Singh and Rector Phuntsok Tsering. In his address, Sikyong said that his visit is aimed to assess the current situation of the five remaining CTSA schools and also to interact with the concerned staff of these schools to understand their perspectives and suggestions.

Sikyong explained that he considers the transfer of the CTSA schools as a priority as it affects not just the administration of the schools but also the future prospects of Tibetan students. He said that is why he personally came to visit the schools.

Sikyong also informed them that he will meet the concerned Indian government officials regarding the transfer of schools in Delhi following his visit to the five CTSA schools. He said he will discuss with the authorities how to move forward in an effective and efficient manner.

Speaking about the decreasing number of Tibetan students in Tibetan schools, he said: “The Central School for Tibetans (CST) Shimla for instance has a total of 351 students at the moment. From the 351, only 13 are Tibetans while 253 are local Indians and the other 85 are from Himalayan regions. The situation is almost the same in most other Tibetan schools too.”

Sikyong further noted that there has been a decrease of over 50% in the number of Tibetan students enrolled in Tibetan schools across India. He said that the drop in enrolment is caused by a variety of reasons including the decreasing number of Tibetans coming into exile from Tibet since 2008. He also said that economic development of Tibetan families is another important reason as families increasingly started sending their children to Indian schools in the cities.

Sikyong also spoke briefly about the history of the CST school in Shimla since its inception in 1961. He explained that the land and furniture of the school were first bought with funds provided by His Holiness the Dalai Lama, and eventually the school became a reputed institution providing education to thousands of Tibetan children since then.

Education Secretary Jigme Namgyal in his address updated the current status of CTSA school transfer project since it began in 2013 and said that the project is now in its final stages. He also assured the staff that the education department has continued to provide excellent education and facilities to the students following the transfer of the schools from CTSA to Sambhota. He further informed them that Sambhota is renovating the staff quarters for them.

Following his visit to the school, Sikyong left for Bon Tibetan settlement in Solan. 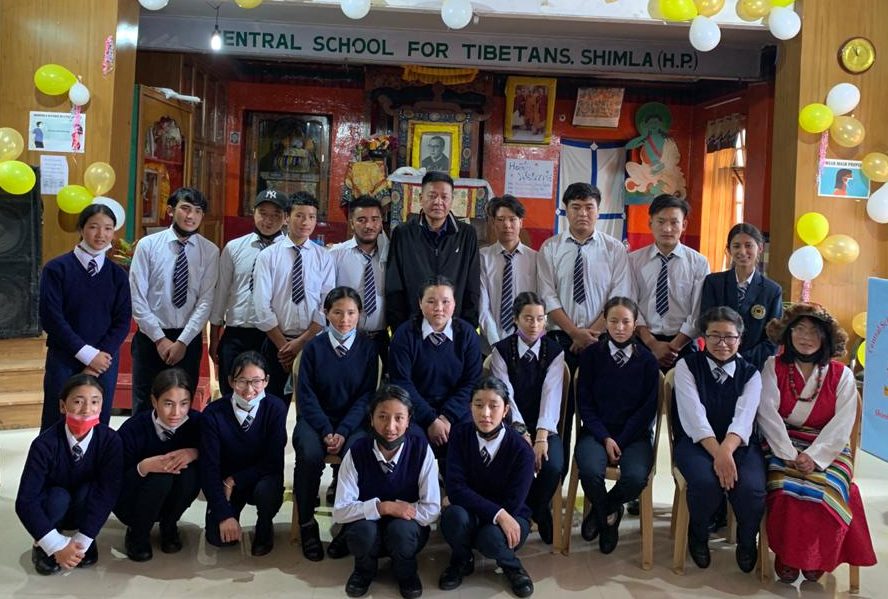 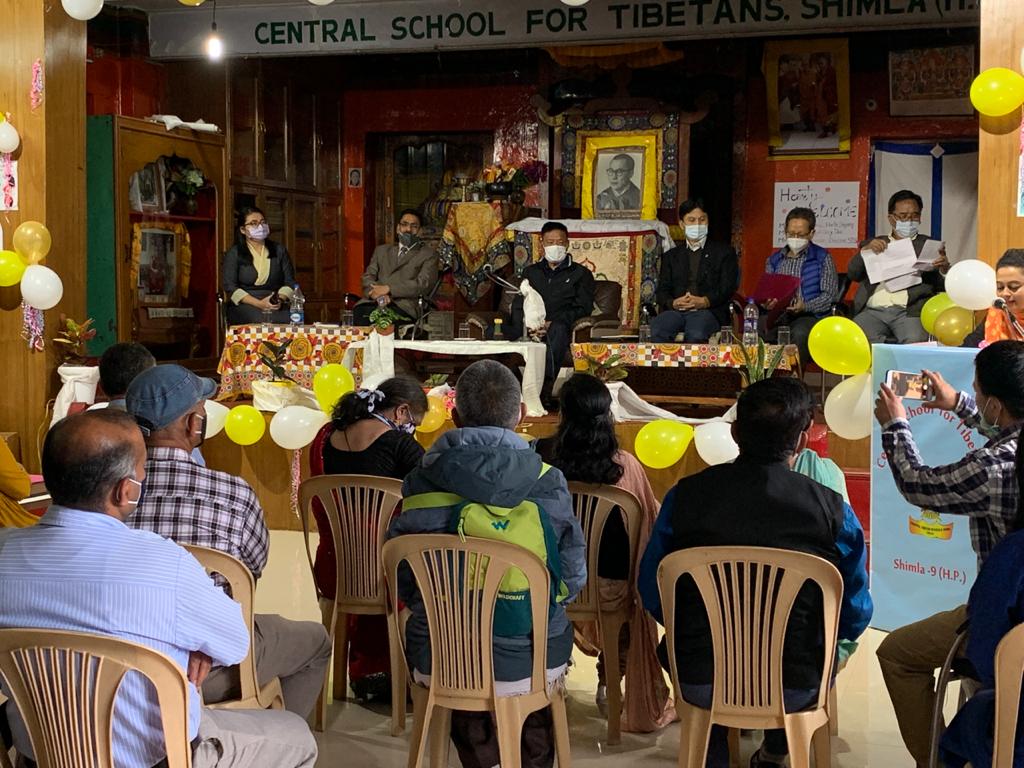 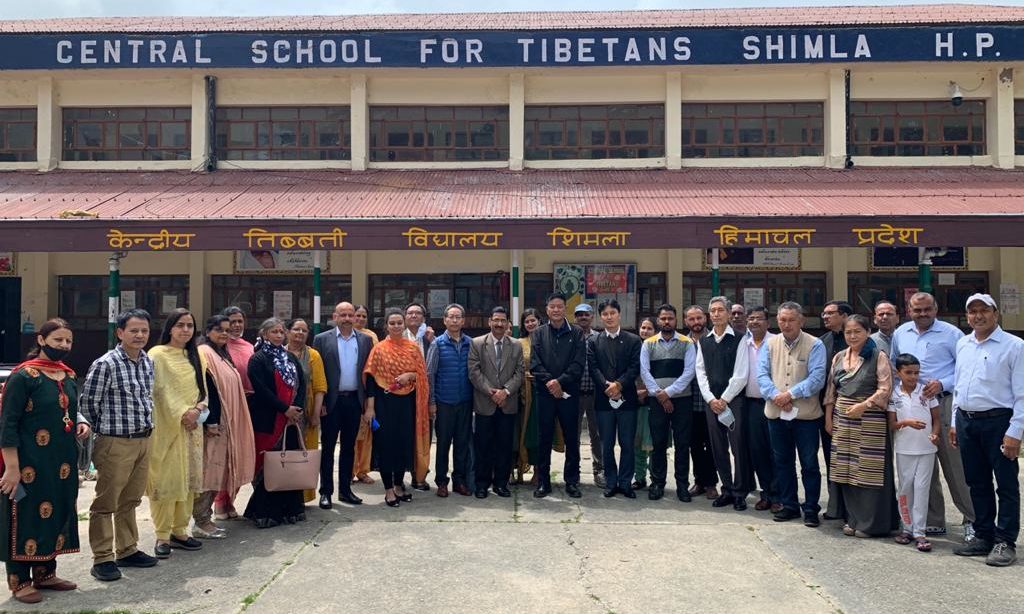 Sikyong with staff of CST Shimla.