Sikyong thanks the monastics for the support, highlights their self-sufficient standing 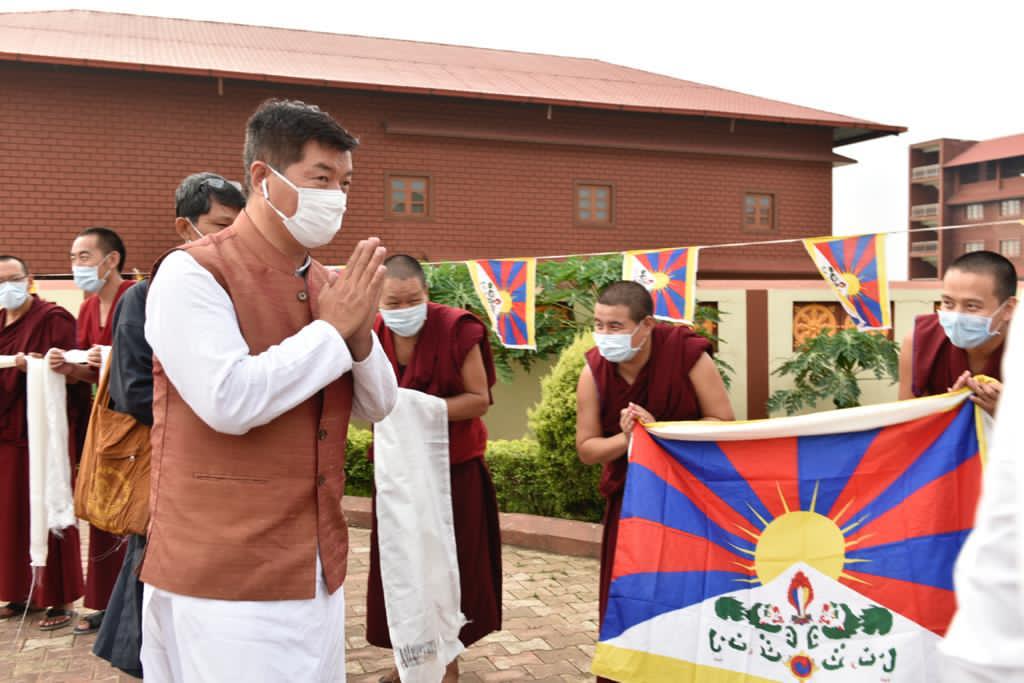 April 08, 2021, Mundgod: In his address to the monks of Drepung Gomang, Loseling, Ratoe, Kagyud and Sakya monastery yesterday, Sikyong Dr. Lobsang Sangay offered his gratitude to the Sangha community for the steadfast support extended to his administration over the course of his political leadership noting the success it has attributed to his administration and aligning with the wishes and prayers of His Holiness the Dalai Lama and the Sangha Community.

“As my administration is nearing the end, I have specifically come here to offer my gratitude to your unwavering support and prayers for my administration,” Dr. Sangay told a gathering of more than a thousand monks at the courtyard of Drepung Lachi.

Dr. Sangay highlighted the important contribution the monks in the early stages of exile have made, particularly monks from Buxar, towards restoring and re-establishing the monastic studies and practices.

“The success of the monastic institutes in India today is substantial because of the hard work of the monks at the time despite many challenges of the early exile period in a foreign soil,” he said.

Dr. Sangay also noted the independent standing of the Tibetan monasteries in terms of finance and appreciated the self-sufficiency achieved by the Sangha community.

“Of the seven departments, the Central Tibetan administration spends the least on the Department of Religion and Culture with an annual budget allocation standing at a mere 5% of the total CTA budget,” added Dr Sangay.

Sikyong enumerated the numerous trips he has made to the US ahead of the meeting between His Holiness the Dalai Lama and former US President  Obama in 2016 to push for greater support for the middle way.

Dr. Sangay also spoke about the significance of the Tibet Policy and Support Act 2021 and the challenges he had to face in the lead up to the passage of the bill amid the global COVID19 pandemic scare.

“The Tibet Policy and Support Act doesn’t treat Tibet solely as a human rights issue. It recognises Tibet as in the understanding of a country,” Dr Sangay noted while pointing out the 107 times Tibet was mentioned in the TPSA bill and deemed it a necessary recognition for Tibet.

In conclusion, he certified that he gave his best to the administration during his tenure as the Sikyong and significantly contributed to the education, finance, health, infrastructure and welfare of the Tibetans in exile to name a few. 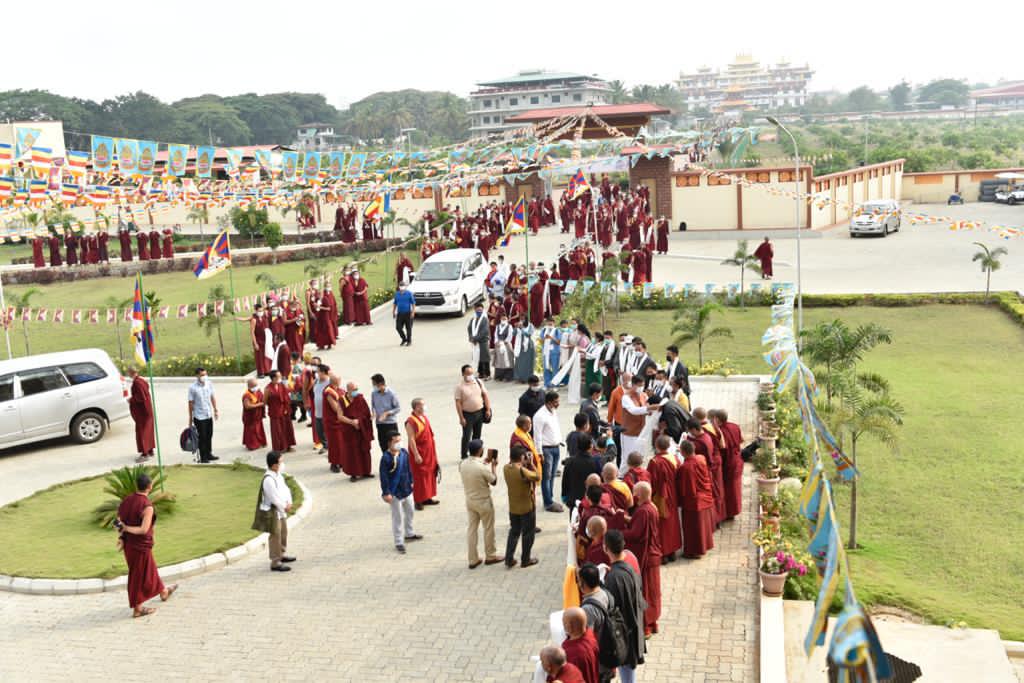 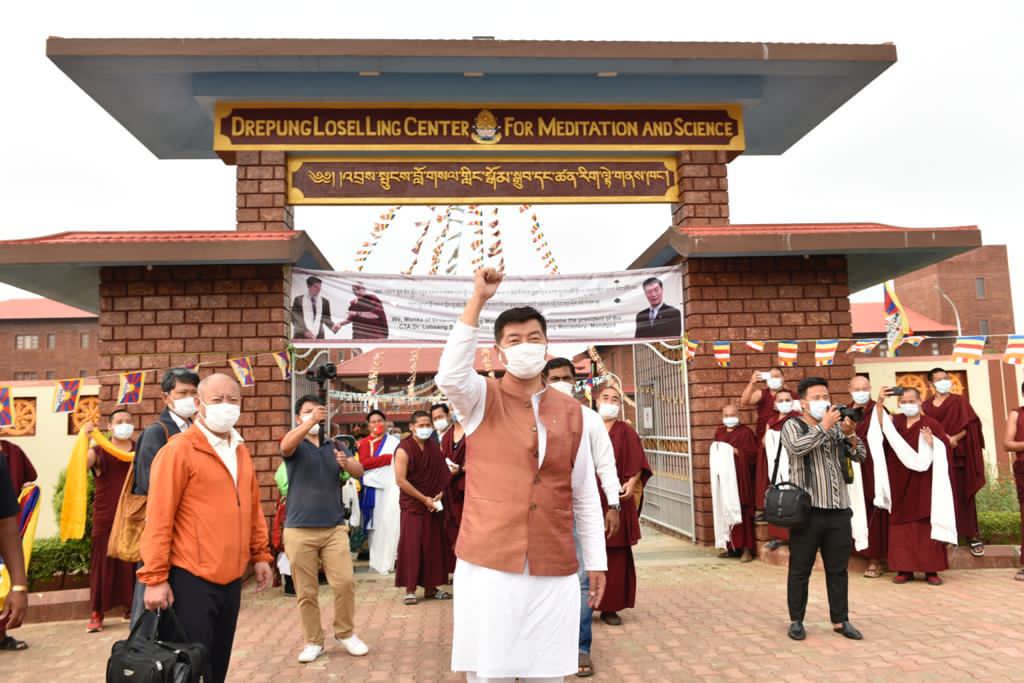 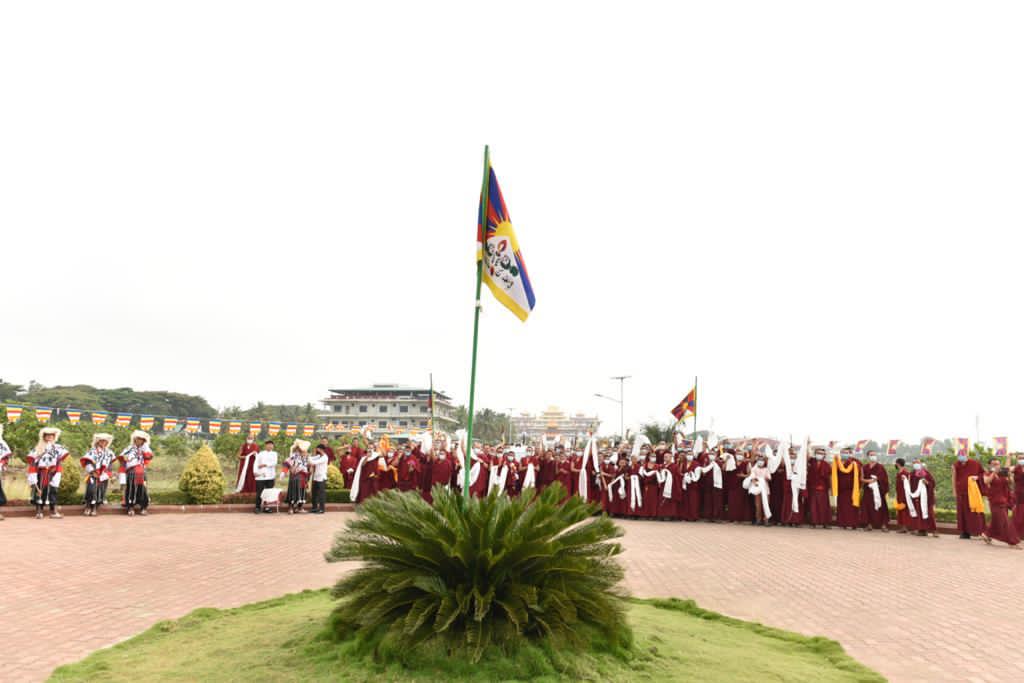